The Amazing Spider-Man: Rise of Electro 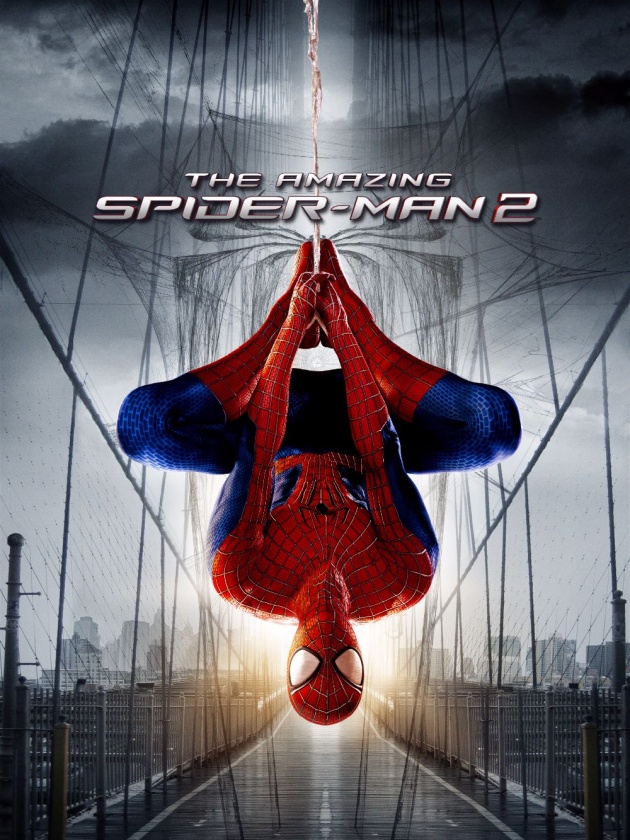 The cast of movie is huge but I'm gonna mention few of them. The lead role of Spider-Man is being performing by Andrew Garfield and his father role was by Campbell Scott. Emma Stone as Gwen Stacy, Jamie Foxx as Electro and Dane DeHaan as Harry Osborn. 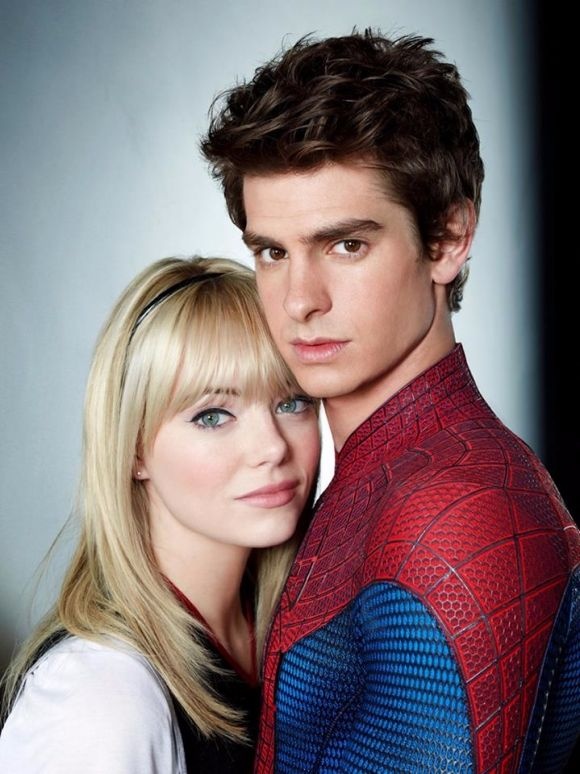 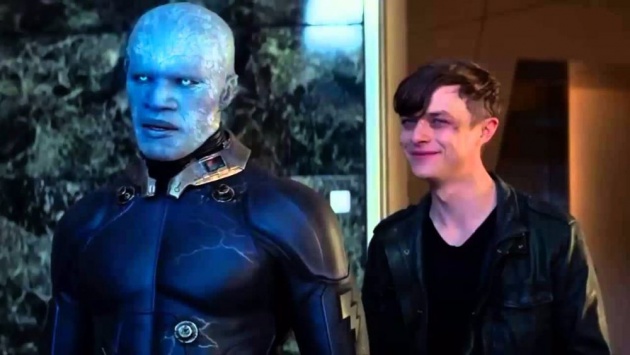 The story of this movie basically based on Richard Parker. A scientist who worked for OSCORP Industries of Genomics. His researched was on Spiders. Later, he saw that his research was going to use as a Biological Weapon. Richard created spiders with the contamination of his own DNA which means OSCORP no longer have access to his research without him. He regretted for what he created; for this, he left his son and tried to escape with his wife but Richard Parker and his wife was assassinated by Mr. Osborn.

Let's have glance of movie from its official trailer:-

"You know what it is I love being  Spider-Man, Everything" Peter Parker. Peter Parker with his Super Hero Powers helping his New York City Police. On the day of Graduation event, he is still chasing thieves with cops who are stealing plutonium(highly Radio-active). Meanwhile he received his girl friend call which reminding her that Graduation event has begun. Gwen Stacy's father asked Peter to leave Gwen as his enemies will be harmful to his fellows or family; so he was warned by her father to stay away from her.

During his chase, Spider-Man saved a man who's name is Max worked for OSCORP. (Like everyone wants to be friend of Superhero or a famous personality) Spider-Man is the Hero of New York and Max liked him very much and on that day he was saved by the person he wants to meet. Peter told him that he's his friend Max. Max is an electrical engineer and designed the whole Power Station for New York city under the supervision of OSCORP management. OSCORP company was trying to push the limit Biology to whole new level like they could have access to minor parts of DNA, RNA and Genetics Mutations etc. (But Nature has limited our knowledge in some manner) OSCORP working on Bio-Electrogynesis(Generation of electricity from organism) and Max accidentally fell in the experimental Cylinder full Electric Eel. Electric Eel started to bite him and his DNA replicates with DNA of Eel (That is actually possible in real life) and he turned into Man carrying thousands of volt running in veins.

When Max or Electro got his consciousness, he went out of OSCORP and found himself to be very tired and with lack of energy in his body. To overcome this lack of energy, he grabbed live wire underneath the road in front of many people and became threat to their lives. Police tried to stop him but he didn't as he himself don't know what he was doing. Spider-Man showed up and ask her to stay calm; He would help him. Max told him he saved him today in the morning the guy with blue prints. You said we're friends. Spider-Max totally forgot about his morning rescue.

Everyone started to appreciate Spider-Man and Max a freak. He thought that Spider-Max was trying to kill him and he became enemy of Spider-Man. Spider-Man tried to stop him but when his web touched Max, a lot of current pass through web and his web machine just burn due to excessive flow of current. Spider-Max realized that this opponent was not easy as pie. He tried his best to stop and saved a lot of people. Max Absorbed the whole supply of New York and became monster and started to kill people. Spider-Man was also student of science; he wisely used fire fighter water against him and put him behind OSCORP experimental lab.

Meanwhile, the owner of OSCORP Harry Osborn was suffering from a disease which cure was only be possible from Spider-Man DNA as Peter Parker is the son of Richard Parker who created Spiders with contamination of his own DNA and Harry was suffering from same disease. He asked his friend Peter to ask Spider-Man if we could help him but Spider-Man refuse to give his blood to his friend. Then, Harry Osborn searched the archives files of OSCORP (Unlisted experiment) and on the spot Harry was compelled to resign from his post. The thing he found out that changing of Max into Electro was not accident, it was planned experiment of OSCORP. Harry thought that if he joined hand with Electro, he would have Spider-Man's blood.

(Enemy of my enemy is my friend) Harry Osborn told Electro that he and only he can saved his life now. He needed Spider-Man's blood to survive and only he can help him. Max wanted to have friends and now he got some friend whose life was depending on Electro. Electro helped him to have access to those inventions of OSCORP he needed to survive. Harry used OSCORP that could fly also. Meanwhile, Max absorbed the whole electric supply of New York city. With thousands of Volts running in his veins. This lose of power result in completely lose access on all Radar communication with Air-Planes on their ways to Air-Ports. Spider-Man now facing two opponents; one was his own friend and other is friend who became enemy. They both joined forces against one. Spider-Man used his scientific brain and conduct his friend Max through wire to the whole city and city was saved from huge accident of Air-Plane collision. But Harry was determined to kill him to save his own life and during his fight with Spider-Man he took Gwen Stacy to huge height and suddenly she fell off. Spider-Man tried his best to save her but She died and her dad's words came to Peter mind that Peter would be the cause of any harm to Gwen Stacy. 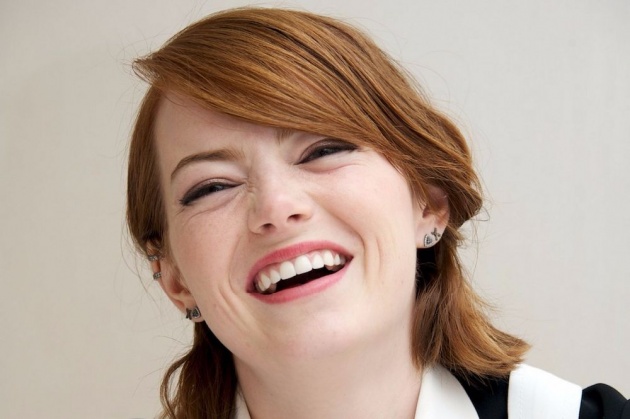 Gwen Stacy died at the end of movie and that scene on which I cried a lot. I wasn't expecting this with such a suspense. After all, Marc Webb was directing this movie. The Cinema hall was shocked when Gwen Stacy hit the ground. Me asked my brother in such a strange way and shocked way, " What happens, No, No, No, it can't be, She's alive". This was my situation when she died and I almost cried at this scene. At the end, The whole cinema stood up and applauded. The Message I got from this great movie is that The life of a super hero is not easy and comfortable as we see it. Sometimes they have to sacrifice their loved ones for the sack of their country and this makes an ordinary guy a hero (A sacrifice for others) and Peter Parker lost his love forever. 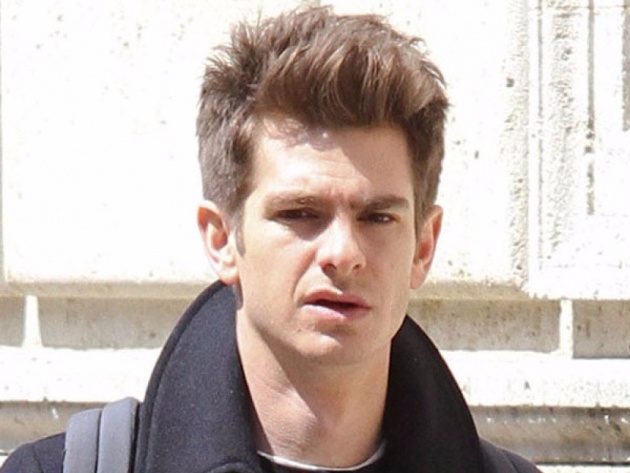 Andrew Garfield is perfect actor for this role. I'm very excited to see him in the next part of The Amazing Spider-Man 3 and everyone will miss the great brilliant actress Emma Stone. 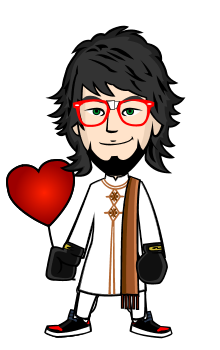 Pictured: 'That's the last time I buy you a Cornetto'. Luciana (Ana Asensio) negotiates the terrors …

Video by The Royal Society via Youtube A century ago world was much different than the world today. …