The Bow in Judo - By Mel Appelbaum, NYAC Judo

Why do we have to bow? This is a very common question among new judokas. The bow has no religious meaning. It is simply a means of demonstrating respect and humility. The bow in Japanese is “rei” and the Kodokan standard for proper Judo etiquette is that “Judo starts with a bow and ends with a bow” (“re ni hajimari, rei ni owaru”). The rei personifies Kano Shihan’s second tenet…Jita Kyoei. That is, mutual respect and benefit, the respect that each Judoka shows another. It is respect for your training partner and respect for any opponent, no matter what the level of skill. It demonstrates a Judoka’s appreciation and humility to another Judoka who is allowing them to have someone to practice with.

It is a sign of respect that is part of the Judo etiquette enabling all of us to practice and improve our skills safely and to teach and impart knowledge in a respectful manner. Each dojo’s adherence to this formal etiquette of the bow, varies greatly on the East Coast. Some do standing bows, some do kneeling bows while others do not bow at all. Some dojos require a bow when entering and leaving the dojo and some don’t. On the West Coast, where there is a strong Japanese heritage, most of the dojos adhere to the strict rules of judo etiquette and bow in the formal manner, including bowing upon entering and leaving the mat area.

It is my opinion adherence to formal bowing sets the tone for the dojo.

The actual bow has two different postures. The first is the standing bow, referred to as “The Standing up Straight Bow” or “ritsurei” in Japanese. The standing bow is started from the standing Kiyotsuke position then sliding the hands to above the knee caps or at the side with the body and head inclined forward at approximately 20-30 degrees. Ritsurei is commonly used when practicing with a partner in tachiwaza. 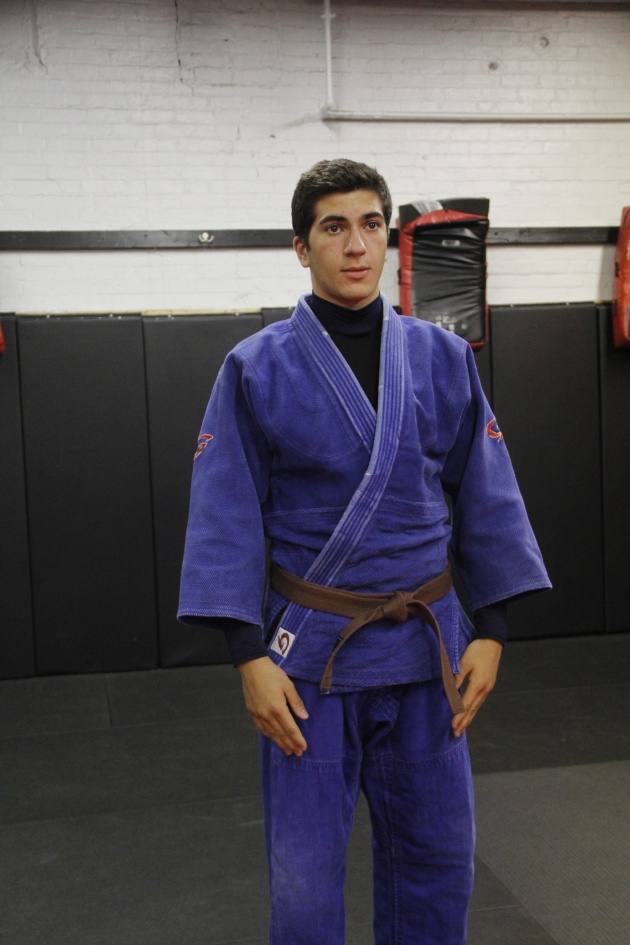 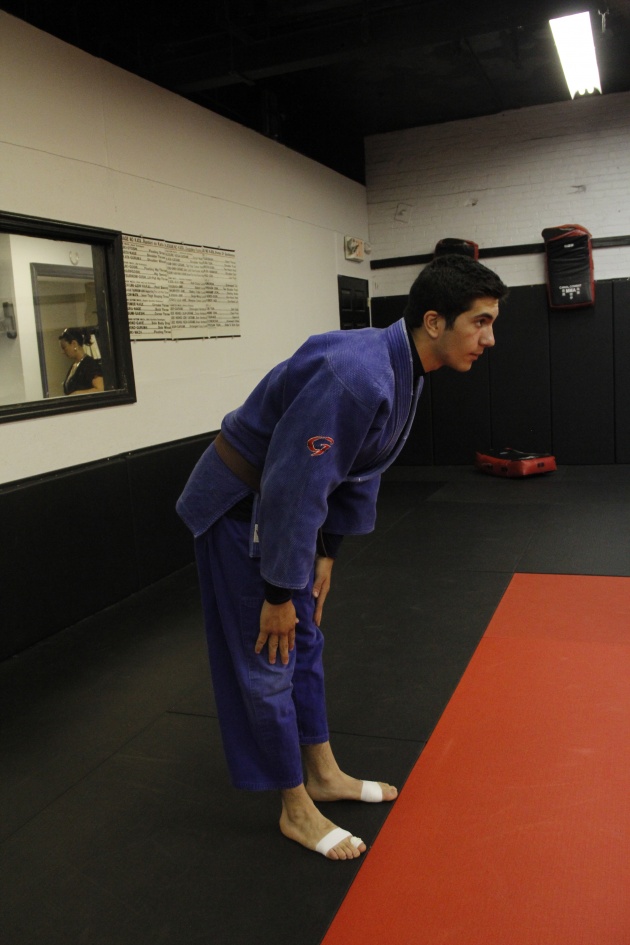 The second bow, the most polite and formal way to bow on the mat, is referred to as “The Kneeling Bow” or Zarei, which starts from the seiza kiyotsuke position, the formal kneeling posture. Here we begin by kneeling on the knees in the attention position, head straight with the palms on the thighs facing inward. Zarei is achieved by slowly lowering the head forward and placing the hands on the mat facing inward, palms down in front of the knees. Zarei is commonly used when practicing with a partner in newaza. 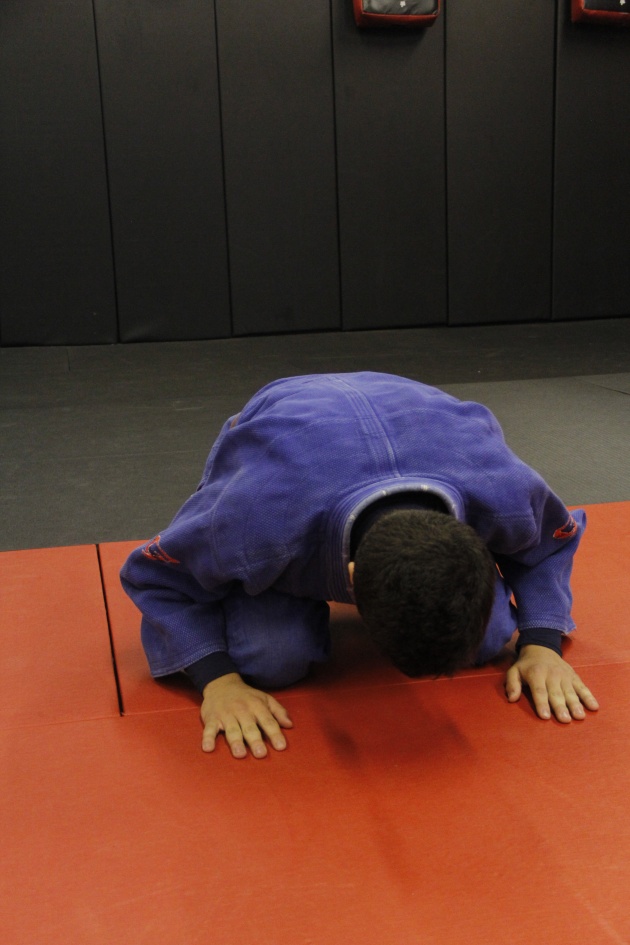 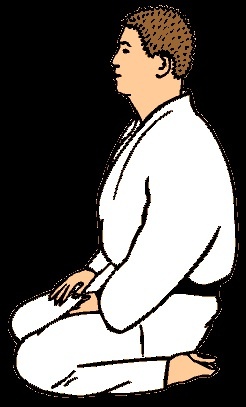 At the beginning of class, all students line up and face sensei. The class then takes the seiza position, the kneeling bow. The highest ranking student then can announce “kiyotsuke” then “sensei ni rei”. At the end of class all students line up with the highest ranked student announcing “Kiyotsuke” followed by “mokuso”. “Mokuso” is the command to close your eyes and begin a form of meditation breathing intended to lower the heart rate and clear the mind. Many students relax and recall the lessons for the day and others just unwind from the practice. Then sensei claps his hands and the head student announces “sensei ni rei”. In some clubs, the command “jyozan-ni-mukate” is next which means to face the place of honor (“joseki”). Joseki (Kamiza) is usually where a picture of the founder of Judo, Jigoro Kano, is displayed. Once again everyone bows at the command “rei” and thereafter the students turn again to face sensei and conclude the class by bowing. This final bow is simply a form of thank you. Depending on the tradition of the club different bowing etiquette is used.

In competition, the standing bow is required at the start of the match and at the end. This is formalized in the IJF rules of competition.

In my experience when bowing is lax then the attitude and discipline of the dojo follows suit. I strongly recommend that proper bowing etiquette be part of the judo experience at every workout. 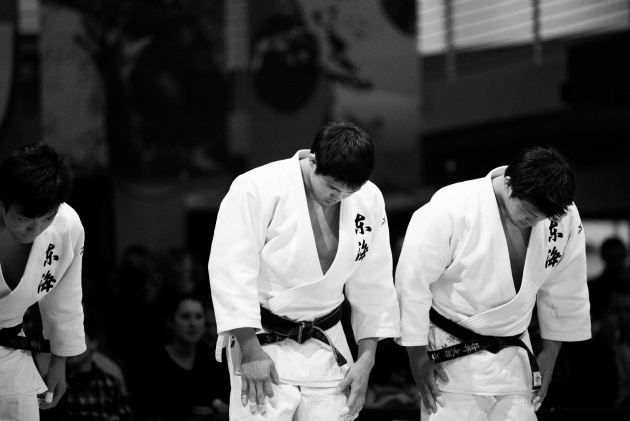 All photos courtesy of James Kinder.