Generally, man has a deep-rooted desire to live a long, healthy life and in order to achieve this he takes care of his health through exercise and diet. He works and enjoys life by working, reading and listening to music so that life has an attraction and a charm for him.

Throughout history, from the elite class to the ordinary man, people have committed suicide to release themselves from worldly ordeals and to attain eternal peace. For example, Demosthenes (d.322 BC), the Greek orator played a leading part in the Athenian opposition against the new king of Macedonia, Alexander the Great. As a result of his resistance, Alexander’s successor sent his men down to trace him. Demosthenes took refuge in a temple hoping that the army would not violate its sanctity but when he lost all hope of escaping arrest, he committed suicide by taking poison.

In his best-known work, Parallel Lives, a series of biographies of famous Greeks and Romans where a comparison of their vices and virtues is drawn, Plutarch (d.120 AD), the Roman historian, praised this act of Demosthenes. He compares Demosthenes to Cicero (d.44 BC), criticising the latter who instead of committing suicide, allowed the soldiers of Marc Antony (d. 30 BC), to arrest and kill him, after which his severed head and hands were displayed in public.

Another example is that of Hannibal (183 BC), the Phoenician general, who defeated the Roman Empire in a number of battles, but finally lost the battle of Zama (202 BC). The Romans were determined to hunt him down, but insisted on his surrender so that he could be tried as an enemy.

Through the ages, suicide may have been viewed differently, yet its reason remained the same

Determined not to fall into his enemies’ hands, Hannibal took poison at Libyssa. It is said that before dying he left behind a letter declaring, “Let us relieve the Romans from the anxiety they have so long experienced, since they think it tries their patience too much to wait for an old man’s death.”

Both Brutus (d.42BC) and Cassius who murdered Julius Caesar (d. 44 BC) realised that if they were captured alive they would be taken back to Rome and then executed. They both killed themselves.

Instead of ordering execution or beheading, the Roman emperors would sometimes order their opponents and conspirators to commit suicide. Nero (d. 68AD), the Roman emperor, ordered his teacher Seneca (d.65AD), the Stoic philosopher, to commit suicide, accusing him of taking part in a conspiracy against him. When Nero’s soldiers reached his house and conveyed to him the wish of the emperor, Seneca first completed the game of chess that he was playing and then he cut his vein. With blood oozing out, he continued to discuss philosophy with his friends who sat around him until he died. Ironically Nero, after being declared a public enemy and realising that death was imminent, killed himself with a knife as horsemen approached to capture him.

In China, when the peasants rebelled against the Ming Dynasty, the government failed to crush the rebels who besieged the Forbidden City, the capital. When the Ming emperor lost all hope to save himself from the rebels, he first killed all his family members and then hanged himself to protect the honour of his dynasty.

During the Nazi period, there was conspiracy against Hitler. He suspected General Rommel (d.1944), known as Desert Fox, of being involved in it. He sent Rommel a message advising him to kill himself, in which case, the funeral would be honoured by the state. Otherwise, he would be tried as a conspirator and face execution. Realising that in both cases death was inevitable, Rommel preferred suicide. Again, ironically, Hitler and his wife Ava Brown too committed suicide when the Russian forces were invading Berlin. His minister Goebbels also committed suicide along with his family.

For centuries, the Japanese class Samurai followed the harakiri or happy dispatch, the suicidal act of honour. The government graciously permitted criminals of the Samurai class to destroy themselves instead of being handed over to the common executioner. Time and place were officially notified to the condemned, and officials were sent to witness the ceremony. The person committed suicide by cutting his stomach and dying violently. The act regarded as courageous and glorified by tradition has been publicly performed by some famous individuals.

Some famous personalities like Hemingway, the novelist; Marlin Monroe, the actress; and Fassbinder, the German filmmaker also committed suicide. Sadly, some individuals or groups, after losing all hope decided to die as a solution to their problems. The question is that who is responsible for this state of despair, the society or the individuals?

On a mobile phone? Get the Dawn Mobile App: Apple Store |Google Play 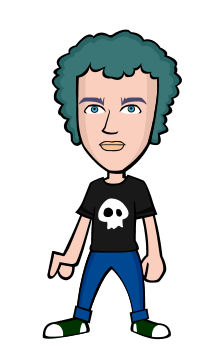