The Evil Dead did not swallow my soul

First and foremost: This will contain spoilers as I am about to discuss a 'new' film that is currently out. So bear that in mind! 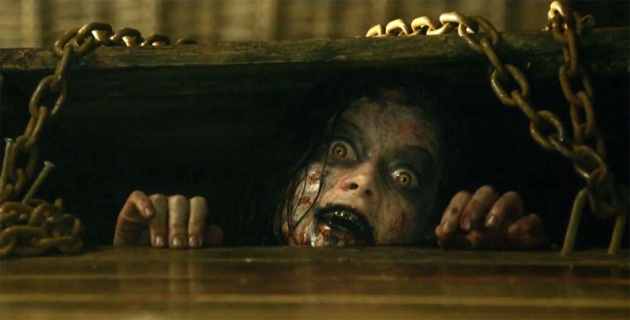 Alright....The simplest way to put this is that while the vision behind this new remake of 'Evil Dead' is indeed intense and often unrelenting, it's just not a vision I agree with...Though with that being said I do feel like this is probably the best one could expect from a modern day remake, but still...It left me grumbling inside a bit. Of course I had high expectations, as most early reviews and press have been saying that this truly was incredible, and in some ways, such writings were correct. The graphicness and absolutely intense and realistic gore in this film is incredible, and I greatly appreciate how almost all of it is indeed practical effects. An Evil Dead movie full of CGI blood and gore would be an abomination for sure, and the filmmakers were wise to keep it old school as much as possible in terms of their effects. However other aspects were approached from a more modern day standpoint and it is this that I think unfortunately deflates the film, at least for me.