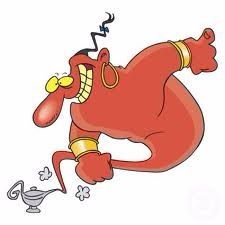 A man was walking along the beach and found a bottle. He looked around and didn't see anyone so he opened it.

A genie appeared and thanked the man for letting him out. The genie said, "For your kindness I will grant you one wish, but only one."

The man thought for a minute and said, "I have always wanted to go to Hawaii but have never been able to because I'm afraid of flying and ships make me claustrophobic and ill. So, I wish for a road to be built from here to Hawaii."

The genie thought for a few minutes and said, "No, I don't think I can do that. Just think of all the work involved with the pilings needed to hold up the highway and how deep they would have to be to reach the bottom of the ocean. Think of all the pavement that would be needed. No, that is just too much to ask."

The man thought for a minute and then told the genie, "There is one other thing that I have always wanted. I would like to be able to understand women. What makes them laugh and cry; why are they temperamental; why are they so difficult to get along with? Basically, what makes them tick?"

The genie considered for a few minutes and said, "So, do you want two lanes or four?"

In my point of view a very strong and big wish can be feel like its love . but strong type of wish c…

I rather let everybody see the worst side of me...for i rather treasure real people who accepts me o…

Types Of Ethnic Bridal Dresses For Weddings & Other Important Occasions

In a nation like India, form has its solid association with Pakistani styles and wears. Those entire…

May this special day be filled with excitement and hope, and may the Lord bless you with health and …