The History of Wicca

The history of Wicca all began with the rise of the Neo-pagan religion. Wicca was believed to been founded in the early 1600's. Wicca was then “re-born” in 1954 by a number of figures, mostly by Gerald Gardner. Gardner's traditional form of Wicca was widely spread by both him and his own Wiccan tradition known as the The Gardnerian Tradition. It was during this period that Wicca was spread to the United States. It was further adapted into new traditions such as Feri and the Dianic Traditions. Gardner was initiated into the Craft in 1939.

Wicca is a rapidly growing religion. More and more people are following Wicca due to it's nature and Earth roots. Wicca comes from the Anglo-Saxon word "wicce", which literally means“one who practices sorcery”. Wicca came from Europe that had a Goddess and God at the center of the Wiccan religion. Wiccans believe in the karmic Three-fold Law which specifically states that whatever a person puts out into the world, whether it be good or bad, it will come back to them threefold, or three times over. Wiccans also believe in the Wiccan Rede, which is a statement of honor and promise. It's main line is “ An it harm none, do what ye will”. This means that no harm will come to none and Wiccans do NOT believe in harming none. Wiccans try to live in harmony with nature and everything that lives within nature. Wiccans believe in life after death and that life is to be lived in a way that we can learn things to be used in the next life. Wiccans believe that they go to the Summerland, or the Spirit Realm, and Wiccans also believe in karma which makes them think about their past life actions.

In the 16th and 17th Century, a witch hunt took place across mostly all o Europe and America. This was called, at the time, the Salem Witch Trials. Some 40,000 to 100,000 supposed witches were killed ( they were hanged and then burned on a stake). These people who were accused of being witches and, according to their accusers, supposedly worshiped Satan and committed acts of cannibalism of children. It turned out that they were falsely accused after their deaths had happened. The Salem Witchg Trials were from 1690 to 1692. Many Wiccans believed that their religion was a constant continuation of this pagan cult. It wasn't until the 1980's and 1990's that Wiccans began to see that the cult was a myth rather than a fact. Since the 1990's, historians have published the history of Wicca and its true meaning of the religion.

For the longest time, Wicca was seen as a cult, with solitary practitioners calling themselves Wiccans or Witches. It went from being a cult to a very public religion. Wicca shows the undeniable influence of late Victorian era occultism. The religion, however, is inspired by older Pagan faiths. Wicca can be traced back to paleolithic man, cave painting's that depict the Horned God and pregnant Goddess. For Wicca, agriculture and the Earth became the center of attention along with the phases of the Moon.

While some say that Wicca is only 60 years old, others will say it is centuries old. Wicca is an ever growing religion. And it should be said that NOT all Wiccans are Witches and NOT all Witches are Wiccan. Wicca is NOT a cult like some think. It is a religion of peace, harmony, hope, faith, love and freedom.

I hope this article finds you in good standing on the history of this wonderful religion. I take great pride in being Wiccan.

And the rest, as we say, is history! 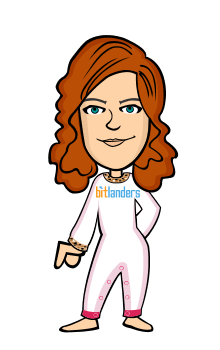 I am a High Priestess of the Wicca religion and a 28 year psychic reader.