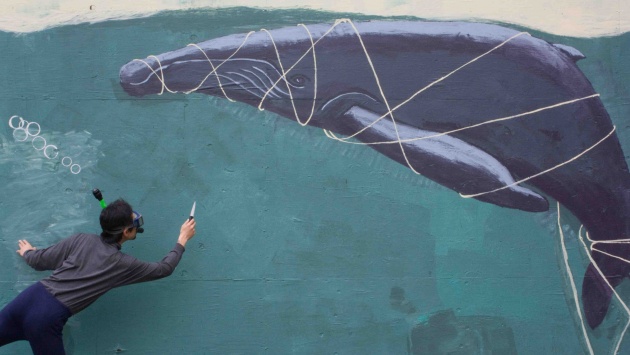 Several months ago, Beyza Boyacioglu, an artist and a good friend of mine, did a two-channel video installation about the limits of language and the impossibility of perfect communication. I was the subject. The making of the video required several hours of sitting and eating three different kinds of fruit. Each shoot went late into the night. As tiring as it was, I was delighted to be part of the project, because I too was interested in what she was exploring. I don't think there's anyone in the world who hasn't experienced the frustration that comes along with being misunderstood. I consider myself an articulate person, but I've suffered too many times feeling like I failed at articulating my thoughts and feelings at a level where the person I am communicating with knows exactly what I'm talking about. But since there is always more than one person in a conversation, that articulateness is not the only element needed for clarity to come through. The success of perfect communication also depends on the listener, if there is such thing as perfect communication at all.

This week, I added a new filmmaker to Eren's Picks. Tess Martin is a Seattle based artist and animator, and I absolutely fell in love with her work at first sight. Sometimes, I seek filmmakers, sometimes they seek me. Tess contacted me to be considered for Eren's Picks, which provides filmmakers with online film financing, and my answer was obviously yes. Like Beyza and her mission to explore the limits of language, Tess is also interested in communication. However, while Beyza studies the interaction between two people, Tess looks at the relationship between a fisherman and a whale. Not to be confused with Herman Melville...

Tess Martin's The Whale Story, is the re-telling of an incident in which a fisherman goes on a voyage to save a trapped whale in the waters of San Francisco. With beautiful, painterly imagery, Martin questions whether the whale's response to the fisherman upon being saved was a conscious way of saying "Thank you." "It's so hard to know... The bridge of communication between species is still too far for us to cross," says one of the narrators as the final word. The true story is retold on a 16 foot high wall with the help of the passing public in Seattle's Cal Anderson Park.

Watch The Whale Story below: