Tom Cruise and Russell Crowe are two of Hollywood's A-list celebrities. On the other hand, the story of Mummies or mummification has been one of the central horror stories for ages which is why countless children of different generations have been scared out of their wits when the story of mummies are concerned. Creating a hollywood franchise with modern effects based on the mummy storyline and putting in famous hollywood personalities seems like an obvious formula for a blockbuster movie.

Unfortunately, the opposite is what happened on the reboot of the Mummy franchise. Just how the heck did that happened? What went wrong? Why is the Mummy universally panned by critic and considered a box office bomb?

These are just some of the questions this hollywood movie review post aims to tackle. For any readers who have not yet seen the 2017 Mummy movie, please be advised that the post may contain some spoilers. Now that the ground rules of this post has been set, sit back and enjoy reading the movie review.

The Mummy (not the movie but the history)

Before going into the movie concept, let us first look at what exactly is the Mummy (in the historical sense). This portion of the blog is quite important since searching Mummy in the internet would most likely result to the 2017 movie box office fail. 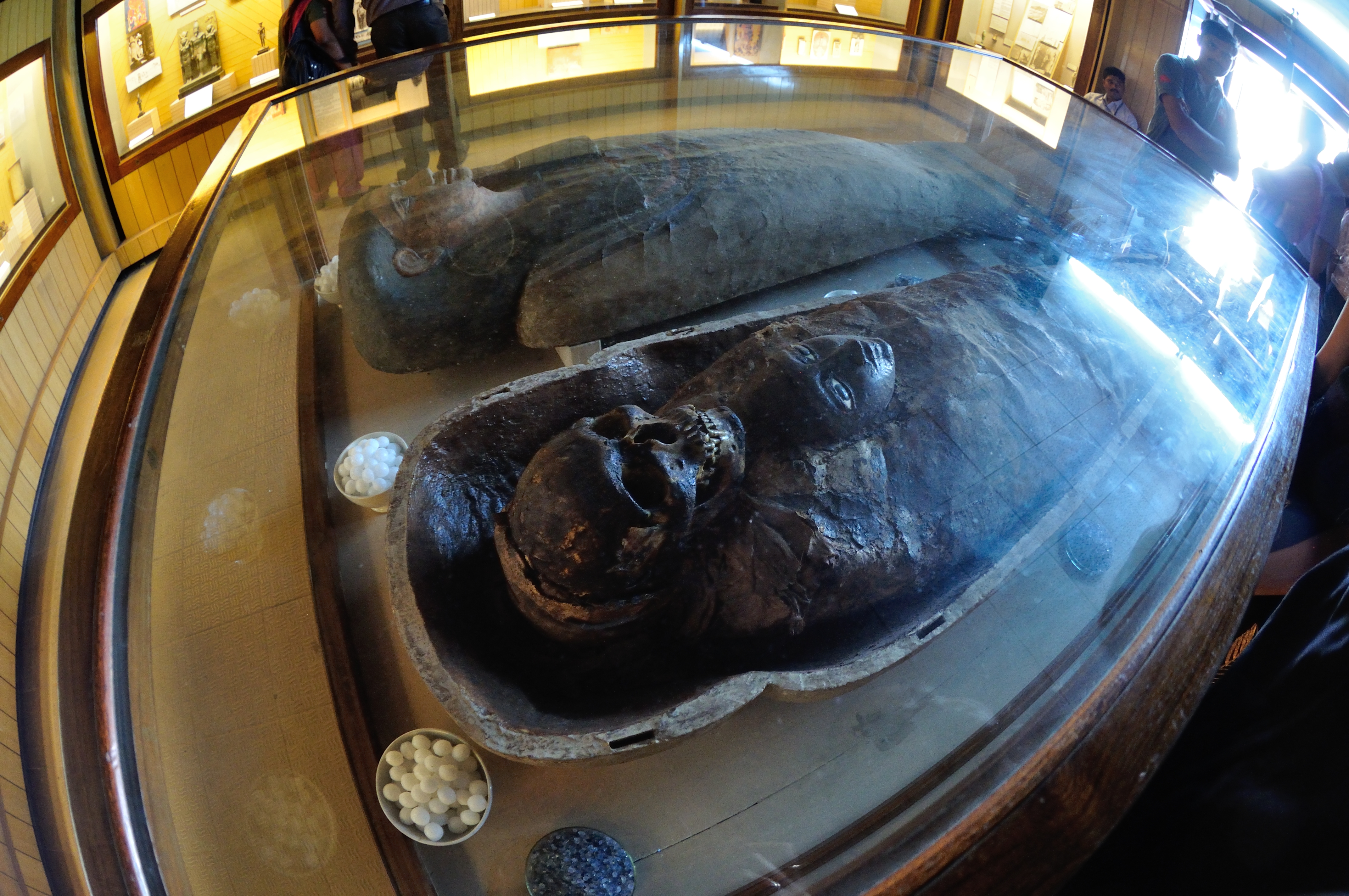 Anyway, a mummy is a dead living organism (mostly likely humans or animals) whose body parts, organs, skins, have been preserved. The process of preservation is called mummification and is quite popular in ancient times and in Egypt.

Mummification can occur naturally or intentionally. If the former, the body is most likely put in an environment of extreme cold, deprived of air, and very low to zero humidity. If mummification is done intentionally, the body and flesh is mostly preserved through chemical means or is embalmed to minimize natural decay and extend it for long periods of time. A good example of a body mummified through natural means is a person who is trapped in the ice glacier of the arctic. Meanwhile, a chemically preserved mummy is the one done in Egypt's ancient times and for a modern approach - the one done during funerals.

What makes the Mummy Scary?

Right, now that we a have better view of what a mummy or a mummification is, it is quite easy to discern how does it become a premise for a horror story. For the longest time (and for any mummy-inspired movie), the plot involves a mummified person (covered in bandage and soak in chemical and the whole nine yards) coming back to life. The dead coming back to life is triggered by an enchantment, a curse, or by any diabolical means.

The concept of a dead man coming back to life (for whatever reason) does indeed have that push for a successful hollywood movie story - it is thrilling and exciting in a certain sort of scary way. These are just some of the reasons why there have been numerous mummy-themed films in Hollywood. In fact, to catch or captivate the modern audience, Universal Studios aimed to create the Dark Universe franchise (similar to the Marvel's MCU or DC's DCU).

The 2017 Mummy movie starring Tom Cruise is planned to kick off the so-called Dark Universe. However, after its unexpected massive failure, only time will tell if the Dark Universe will push through.

At last, we have come to that point where we would look at the story of the movie. After reading this portion, the reader might understand if this is the culprit behind the movie's failure to captivate the audience.

The story began with two flashbacks. The first flashback shows English crusaders burying one of their members together with a huge noticeable ruby. The other flashback shows an egyptian princess training or preparing to be the successor of her father (the Pharoah Menehptre). Unluckily for the princess (revealed to be Princess Ahmanet), the Pharoah's second wife gave birth to a son which automatically makes the new-born the rightful heir to the throne. Consumed by hate and rage on the notion that she will not inherit the kingdom, Ahmanet sold her soul to Set (the Egyptian god of disorder, violence, and desert) with the condition that she will seemingly be the successor to the throne and she will allow Set to enter the human world by sacrificing her lover (the lover will be killed by using a special type of dagger).

However, the plan was foiled, although Ahmanet did managed to kill her family, the pharoah's priests have discovered Ahmanet while performing the ritual and she was punished to be imprisoned and mummified alive for all eternity. To ensure that her burial prisonment is secure, the sarcophagus is transferred far from Egypt and placed into Mesopotamia (modern day portions of Iraq, Kuwait, Syria, and Turkey). For added security, the tomb was filled with Mercury as it is believed that the substance Mercury nullifies or weakens supernatural powers.

Fast forward to the present -- a mass graveyard of crusader knights have been accidentally un-earthed by a construction crew. Immediately, thereafter a what seems to be a private group with very deep and high connections appeared and ordering the construction crew (as well as every personnel in the site) to vacate the premises. This particular private group which would later be exposed to be called as Prodigium is led by Dr. Henry Jekyll (the character portrayed by Russel Crowe). For readers who are not familiar on who Henry Jekyll is -- he is another famous fictional character whose stature is somewhat in league with Dracula, Frankenstein, etc...

Anyway, going back to the film, on the same timeline but in other parts of the globe (in Iraq to be exact), Nick Morton (the character played by Tom Cruise) has also inadvertently discovered another tomb -- the tomb of Princess Ahmanet. Nick Morton and his partner (Chris Vail) is what one may call as soldiers of fortune wherein they basically look for hidden treasures (just like unearthing tombs for antiques) and sells these finds in the black market. However, when Nick and Chris discovered Ahmanet's tomb, they have to inform their commanding officer as they are cornered by a local militia and has to be rescued by calling in an airstrike.

Moments later, Colonel Greenway (Nick's superior) and his team together with archaeologist Jenny Halsey arrived in the tomb site. The team extracted the sarcophagus of Ahmanet and plans to bring it to England. Unfortunately, in doing so, they have somewhat weakened the security measures confining Ahmanet and the devil princess was able to muster up enough dark powers to crash the transport plane, kill her captors, and free herself (but of course, at this point she is still in her diminished state).

Jenny survived the plane crash as she was given the only parachute by Nick; Nick also survived the crash as he was cursed by Ahmanet -- it is actually more like Nick was chosen by the devil princess to Set's vessel in coming into the world. At this point, it is quite easy to discern the events that followed next (and it basically involves a lot of chasing after Nick and Jenny by Ahmanet's risen undead mummies).

During the course of all the chasing and what nots, Nick and Jenny ended up in the headquarters of Prodigium. At this point in the movie, it was disclosed that Jenny is working for Prodigium and the main purpose of the group is to neutralize and hunt down supernatural threats. The organization is so dedicated that its leader (Henry Jekyll) aimed to relinquish all evil from himself by drinking in a serum. In an ironic twist of fate, instead of removing his inner evils, it materializes to the point that the good doctor Jekyll transforms to the sinister Edward Hyde. In order to keep Edward Hyde in check, Dr. Jekyll has to routinely drink a serum to prevent him from transforming to his evil alter ego.

In the film, the secret society is not just all bluff as they were able to capture Ahmanet and for a brief moment contained her. Unfortunately, by using her evil magic, she manipualted one of the technicians of Prodigium and was able to escape. With many members of Prodigium dead, the headquarters in ruins, and Ahmanet almost in her full power -- everything seems hopeless. But of course, this is where our hero Nick comes in and saved the day. He allowed to be stabbed by the special dagger thereby allowing Set to enter his body. However, there is a different kind of kindness / goodness in Nick that allowed him to repel Set. This basically means that he absorbed Set's powers but is still able to retain his consciousness.

After receiving Set's powers, Nick is now more powerful than Ahmanet and was able to defeat the dark princess quite easily. The next final scenes shows Prodigium recuperating from the heavy loss, containing and securing Ahmanet's remains (its like just a dead shell anyway), and Nick (after reviving Vail) sets off for another adventure.

Personally, yours truly have enjoyed watching the film. The Mummy film do have its captivating moments, be it comedic relief or unexpected surprises. But what the film seems to lack is that certain twist common in today's movies. That particular twist wherein the person will be like "ooohhhh, I didn't saw that coming..."

One can say that the events or next scene sequencing of the film is quite predictable. Additionally, the Mummy concept must be in the horror genre, sadly, this Mummy 2017 film just lack the genuine chilsl that a true horror movie can deliver. Nonetheless, the film is not boring and the appears to be not advertised or promoted as a horror film. Kudos must also be given to the acting of the actors and actresses as it was spot on.

Special mention to Russel Crowe and Sofia Boutella. As mentioned, Russel Crowe played the character of Dr. Henry Jekyll, and although he did not enjoy considerable screen time, the moments that he was scene, it was just superb. Sofia Boutella on the other hand plays the character of the dark princess Ahmanet. Simply put, her potrayal is seductively evil which is perfect for the role. For readers who are not aware who Sofia Boutella is, she was the same actress who played the exotic and cool one-legged villain in the movie Kingsman.

That's just about it for this movie review. If you have seen the film, feel free to share your insights in the comment section. To end this post, be sure to check-out the Querlo movie chat below as you might find it equally interesting.