The Story of the Unfortunate Snake 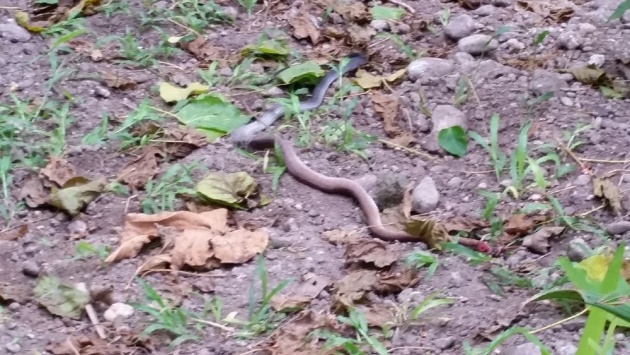 I was lying in my swing last Saturday afternoon feeling the nice and cold breeze of the fresh air brought by the northern wind in Oslob, Cebu. I was having a great time in the swing as I rarely does this as we are based in the city where the air isn’t fresh but instead very dirty.

However, my peaceful day was disrupted with the little girl’s cry about seeing a snake just nearby their house and a fence away from the area where my boyfriend’s roosters and chicks were placed. We immediately rushed towards the area and check the said snake.

We found it caught between the nets which has been used as fences for the chicks inside. It was almost two meters long, the head was still small though and although the body was brownish in color, the tail was colored black. It looked young but also dangerous and so we were in that state of looking for ways on how to get it out the fence since it was stuck in the net.

The people around who had gathered had given two options:

Either to hit it with some kind of stem or bamboo stick to let it go out by itself without killing it or else kill it with some knife or big dagger and hit it by the head.

My boyfriend’s father opted the second option and killed it with the huge bamboo stem and hit it hard in the head. But snake by its nature won’t easily get killed with just that but instead, we have to do something to it to kill it as soon as possible. 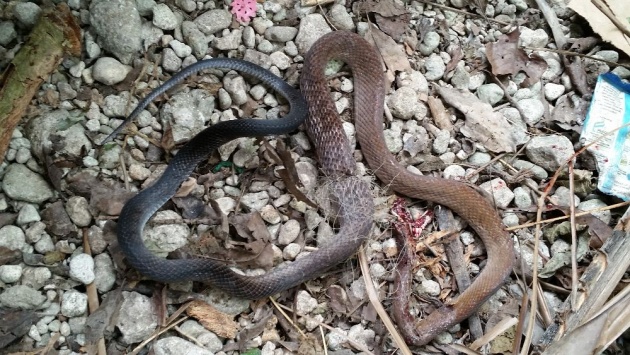 The snake after it was hit by the bamboo stick, it lost its head. 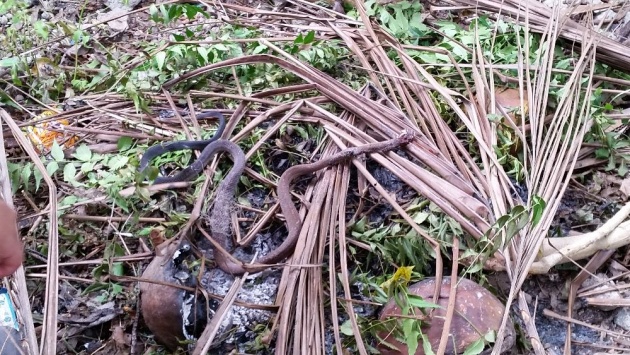 Snake was placed in an area where they usually burn some stuffs. 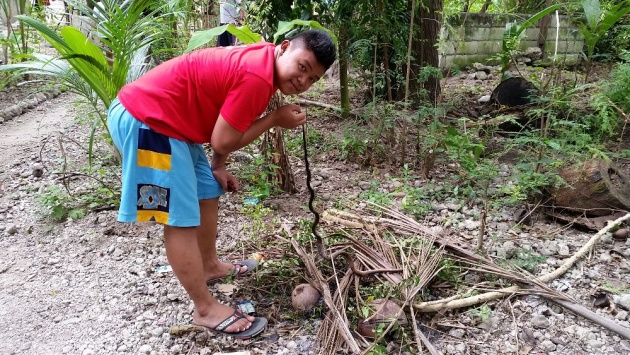 My boyfriend's cousin holding it before it was burnt.

There was no other option but to kill it with fire of course. Everyone had agreed with that decision and so we gathered the available stuff to get it fired up and so we can immediately grill it. We then got the snake on top of the fire with the help of my boyfriend’s cousin. The snake was still trying to fight the fire but eventually it was unable to bare it anymore. It was already grilled and so killed as well. Good bye to the unfortunate snake and we were all sorry for losing its own life.

We thought it was the best thing to do at that point since there were kids around and they might get hurt by the snake itself.