The Tale Of The Talented Mr C. — Who Used TechCrunch To Get Into A 5-Star Hotel 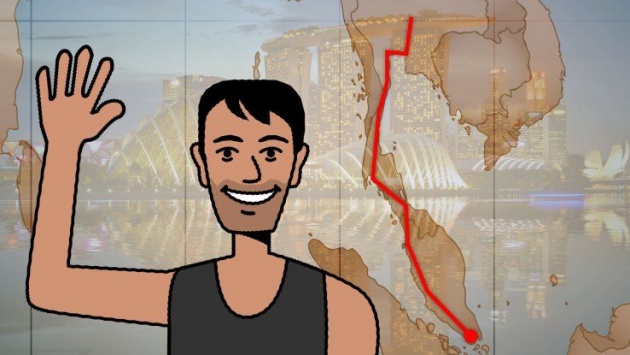 “Good Evening,” began the polite email. “I recently transitioned into the role as Foreign Media Specialist for TechCrunch magazine here in San Francisco. As part of my new position I will be traveling first to South East Asia to show potential Tech Executives various locations to take Personal Vacations, Tech Conventions, Weddings, and to host Corporate Vacation Getaways. On the itinerary is Singapore, Malaysia, Thailand, Cambodia, and Vietnam.”

Perhaps this was his first mistake. The Talented Mr C. (we won’t be revealing his full name, yet) had apparently taken a leaf out of Ripley’s playbook. If you recall, Tom Ripley used his “talents”— forgery, lying and impersonation — to make his way in the world.

But, alas, The Talented Mr C’s opening gambit fell at the first hurdle.

His email to the staff of a 5 star hotel in Singapore rang the proverbial alarm bells. As luck would have it, I had been in Singapore only the previous week and an eagle-eyed tech person at the hotel knew me, and thus passed on the information.

They immediately recognised that this person simply could not be working at TechCrunch. After all, his letter was just way over the top:

“As part of the grand tour of Singapore we were told that your hotel is the premier hotel for any C-Level Executives looking for a luxurious and restful stay when arriving at Singapore. My editor feels it is important to illustrate it as one of the prominent places in the region.”

This was of some bemusement to the actual Editor of TechCrunch, Matthew Panzarino. Certainly the internal conversation between our writers broke the record on the number of comments. Some choice ones included: “Catch Me If You C…”; “Mr C. for Y’ is the new ‘Uber for X”; “We have a supposed Foreign Media Specialist who arranges Weddings for tech executives!!! This is priceless” and finally “At the end of the day he’s just an entrepreneur trying to unbundle the experience of travel from having to pay for it…”

But back to the story…

The Talented Mr. C asked for a tour of the hotel, specifically asking to take in the rooftop bar. Without letting on, the hotel staff took him around the hotel, knowing all the while that he was faking it. At the same time, I was getting live updates from the hotel.

Did he get a few drinks in while there? It’s not clear, but he definitely posted an Instagram shot from the rooftop bar. We know, because we had already tracked down his Instagram, Facebook, LinkedIn and Twitter accounts. We were happy to go along for the ride…

Snap! Here was Mr. C working his way through Singapore then Thailand, Malaysia, Cambodia and Vietnam, all the while explicitly tweeting publicly-accessible pictures from his Instagram account which was (inexplicably?!) set to Private. I guess some people have a problem with their settings.

But eventually we called and emailed Mr. C about his exploits. He didn’t reply.

Then again, we’ll happily release his name if he ever does it again.

So the moral of the story is, if you want to impersonate someone from TechCrunch make sure your name and face looks something like one of the people here. And also make sure that the hotel you are trying to scam a freebie from doesn’t simply email us on tips@techcrunch.com, or contact one of our staff directly, to check you are who you say you are.

Or at least try to be more… talented.

TechCrunch Goes To The Europas Awards

TechCrunch offers a variety of opportunities to get the word out about your new company. The Disrupt…

The Tale Of Love

On my fading day, I maySneak in, to throw a taleOf, what words cannot touch,And dreams can never say…