THE WHOLE WORLD IN ONE STREET 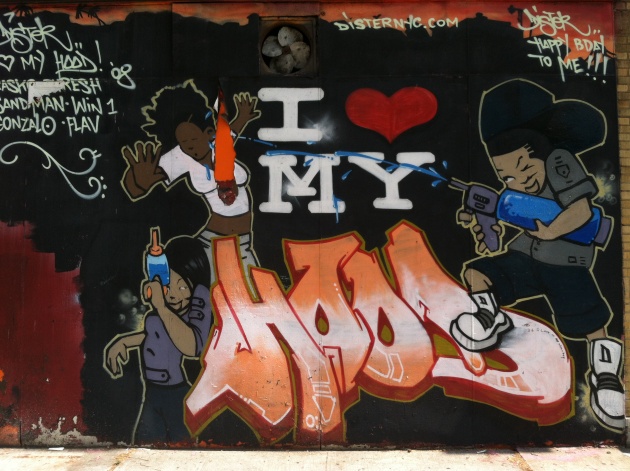 Last Saturday I walked it all. Broadway from head to toe. From the bridge toward the Bronx at 225th street to the entrance of Battery Park. 13.4 miles along the same street crossing the entire island of Manhattan.

It was an awesome journey not only through different neighborhoods, but also through different cultures, ethnicities and cuisines, especially the northern section, which is now heavily gentrified. It’s an interesting walk I recommend to anybody who has 6 hours to spare, loves New York City and wants to get in touch with it on a different level. Besides, it's also a cool accomplishment, and always a great topic for conversation.

On this street you find the fellow selling kebabs out of his mobile cart and corporations employing thousands of people dozens of floors above ground level. On the same street anything is on sale, from leather shoes to baseball bats, from yellow roses to sexy nightgowns, from dining chairs to lavish 3-bedroom apartments. If you are hungry you can snack on a red velvet cupcake or a green tea sorbet, order a Chilean sea bass or a salmon sushi roll, munch on crispy nachos or Belgian fries, salivate on a bison burger or a duck confit, test your limits with some marinated beef tongue or refine your palate with a fresh oysters. Are you bored? If the avalanche of Broadway shows doesn’t convince you, just line up for some live jazz, comedy, opera, or even watch those guys breakdancing in the middle of Union Square. Do you feel the urge to get closer to God? On Broadway there’s a heaven for everyone: Episcopal followers and Muslims, Catholics and Jews, Presbyterians and Baptists. The whole world walks along Broadway, as you can stroll from a weed dealer’s compromising proposal to a preacher’s promise of salvation within minutes. And against the walls of many buildings is often painted the history (and struggle) of those who left their countries and moved here looking for a better future.