Ukraine Back in Moscow Orbit? 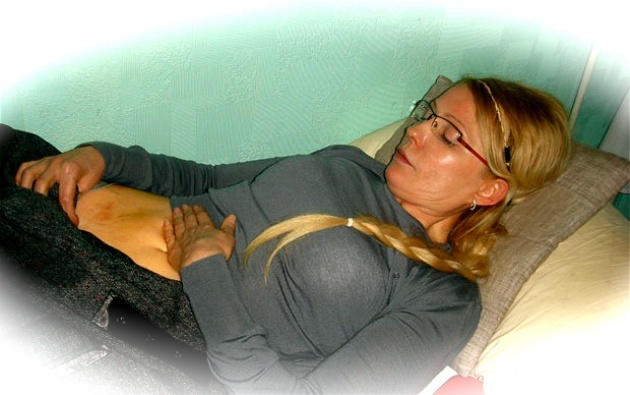 From the jail cell former Ukraine Prime Minister Yulia Tymoshenko has perhaps had more impact in defining the country’s image than as Government leader a few years earlier. Ukraine’s current Government has had to cancel a major summit of Central & Eastern European leaders because many/most (including my old colleague President Danilo Turk of Slovenia) openly rejected to attend as protest for Ms. Tymoshenko’s treatment. There is a threat that the cloud will rain on Ukraine’s parade in a month as it co-hosts with Poland Europe’s soccer championships, “Euro 2012.” The issue is not just apparent mistreatment of Tymoshenko in jail but the underlying trial and charges which have a smell of Stalinist abuse with all legality frills. Many are also seeing a broader trend through this case: in both methodology and allegiance is Ukraine back firmly in Moscow’s orbit?

Ms. Tymoshenko has been detained, tried and convicted of “Abuse of Office.” It is a catch all offense left over from Communist times in many former Iron Curtain/Soviet states including the former Yugoslavia. While there are allegations that Ms. Tymoshenko has somehow enriched herself/family while Ukraine’s Prime Minister, the actual “crime” for which she was convicted was overstepping her authority in negotiating, (under rather pressing circumstances of extreme cold and a withholding of supplies from Russia), the natural gas use and transit agreement with the Russian Federation.

After Ms. Tymoshenko was defeated in elections and deposed as Prime Minister, the government of long-time rival Viktor Yankuvych  initiated an investigation and subsequent prosecution by claiming that Tomyshenko had done substantial harm to Ukraine by “abusing her authority.” Many of Ukraine’s neighbors though suspect that under President Yankuvoych Kiev is drifting back into the old orbit of Moscow, (Tymoshenko was one of the leaders of the “Orange Revolution” that effectively overthrew Mr. Yankuvoych’s Moscow leaning mentor). However, even Moscow does not appear particularly enthusiastic regarding the Prosecution. Others just suspect personal payback. Personal experience teaches me that behind the agenda there is a complicated web of political, economic and personal agenda’s especially as Yulia herself became known for sharp elbows. Regardless, Ukraine’s image has been as badly or more abused than Tymoshenko herself.

Moscow is a beautiful city in the World. In Moscow alot of intertainment laces. The most beautiful l…