Why do the Awesome jikZ collect toys? 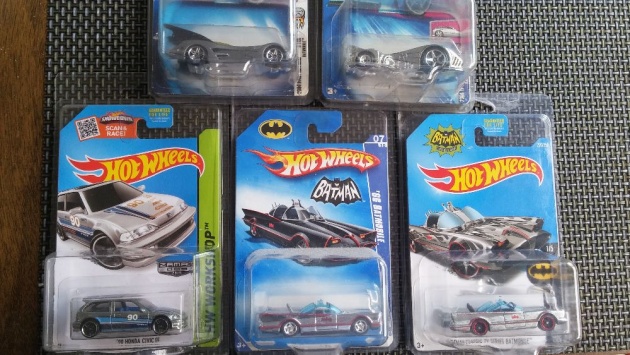 Many of my awesome bitLanding buddies and loyal subscribers may already know that I am quite fond of this interesting but rather peculiar hobby. Needless to say (as it can be clearly seen in the title), the particular hobby that I am referring to is the fun, cool, and relative weird hobby of toy collecting.

Of course some readers may wonder about that last description - if one is fond of something, then why describe it as weird? Just how did the word "Weird" finds its way as one of the adjectives? Well, it has something to do with my age. Let's just say that at 37, why would a fully grown handsome man collect toys? Doesn't this old awesome dude has anything else better to do than collect toys? Or how about, being a family man, doesn't this cool old dude has more important items to buy instead of toys?

Yes, the questions above do present some valid points and is also quite understandable given my age. That being said, each question will be tackled individually.

In most culture, its normal to see kids rushing to the toy section to pick up toys. However, can the same be said for older people? For instance, when the toy clerks or mall employees sees kids about to pick up and buy a toy, they would surely go "WOW" because not only that their merchandise brings joy to a kid but it also means a sale – a profit. However, will the toy clerks / employees say Wow or Weird when they saw a thirty-ish person rummaging through the pegs and looking for something? The scenario might even get WeirdER when the so-called old person appears upset because he or she did not find the specific toy that he or she is looking for (yes folks, there are also adult toy female collectors).

Older toy collectors hunting and looking for toys may look weird to others, but to the collector themselves, it is actually heaven – a place or moment of joy and fulfillment.

Kids (especially those with strict parents) are not allowed to buy or have as much toys as they want due to varying factors (financial - budget is tight; it may affect their studies; the parent wanted to teach their children control; etc...). Obviously, the kid has no choice but to obey (unless they want to incur their parents' wrath).

Let us now fast forward to the future. After a few decades, these same kids, will eventually have a job and will have their own money. Money that they can now use to buy toys – the same items or stuffs that they are not allowed to purchase while they are still small little children.

Ironically, some toy companies know that there is business to be made with nostalgia. This is the reason why they have this sales strategy to target this particular segment because they know that the kids before are now adults and financially wise, are now capable of purchasing nostalgic effect items. Since the strategy pays for itself, there is apparently only little marketing effort leading to less expenditure and increase revenue.

Let's look at the toy in the photo below as an example. I bought the said toy simply because it has the 25th anniversary marking on the upper right corner. 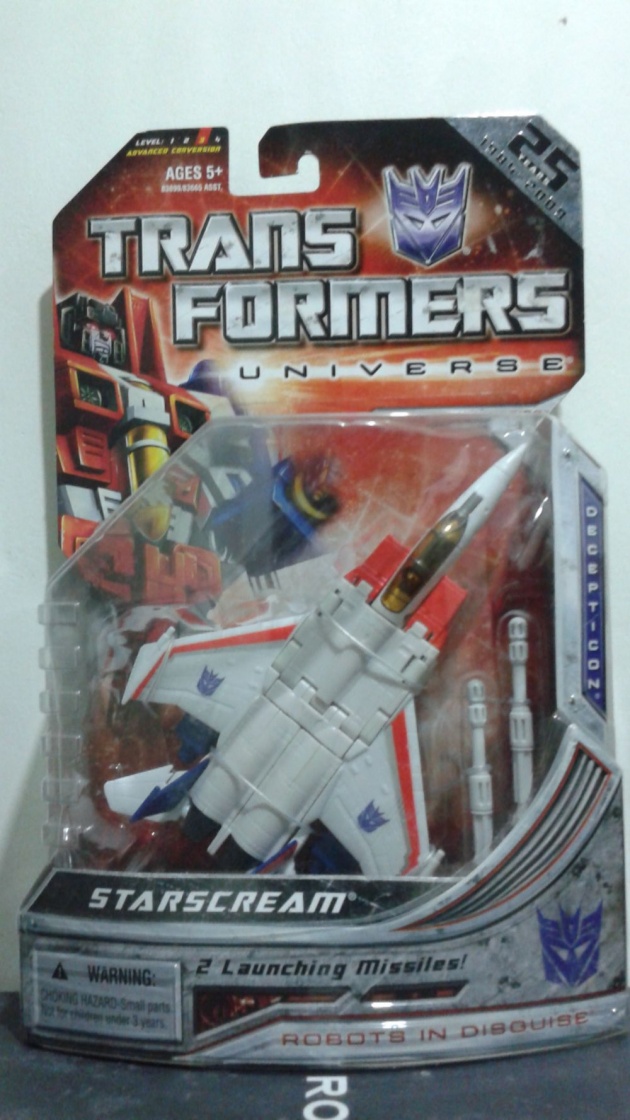 Of course, not all are zealot collectors. The toy collecting hobby can be very addictive that the next thing you know, you already have a lot of toys – even enough to make the wife scream.

Collectors who fall on the second category are very lucky as they are able to exercise a great degree of control. These are the collectors that only buy specific toys that trigger a memory. The memory may came from a variety of sources. For example a memorable cartoon show they love when they are little, a favorite character from a movie, an awesome car that left an impression (a Batmobile, Ecto 1, KITT, etc...)

Speaking of adult toy collectors, there are some hobbyists who became as such because of accidental means. One good example of this would be buying a present for their own kid or as a gift to a child of a friend. Interestingly, while buying the gift, that person might find something that he or she also likes and ended up buying it also. Buying that first toy that you like may trigger a catalyst that may be followed buying another toy. Unconsciously, the person is buying a toy regularly that upon looking at it collectively – it is already enough to become a collection.

Another accidental reason in becoming a toy collector is impulse buying. This one is similar to the one above but will slightly differ on the reason why the person bought a toy. For instance, popular toy manufacturer Hotwheels have this gimmick wherein the company released a diecast version of the “Milano”. For those who are not aware, the Milano is a popular aircraft in the recent blockbuster movie Guardians of the Galaxy Volume 2 (the second installment of the Guardians of the Galaxy film franchise).

People who bought the Milano from Hotwheels' may naturally also buy other popular movie diecast replicas from Hotwheels – and I tell you, there is quite a lot! Hotwheels has already produced a wide assortment of James Bond vehicles, Batmobiles, and even popular or iconic 80s TV automobiles such as the Ferraris from Magnum PI and Miami Vice; KITT from Knight Rider; the Mystery Machine from Scooby Doo; etc...

The one below is my very own Yellow Submarine. I'm pretty sure, many readers are familiar with this particular underwater vehicle. 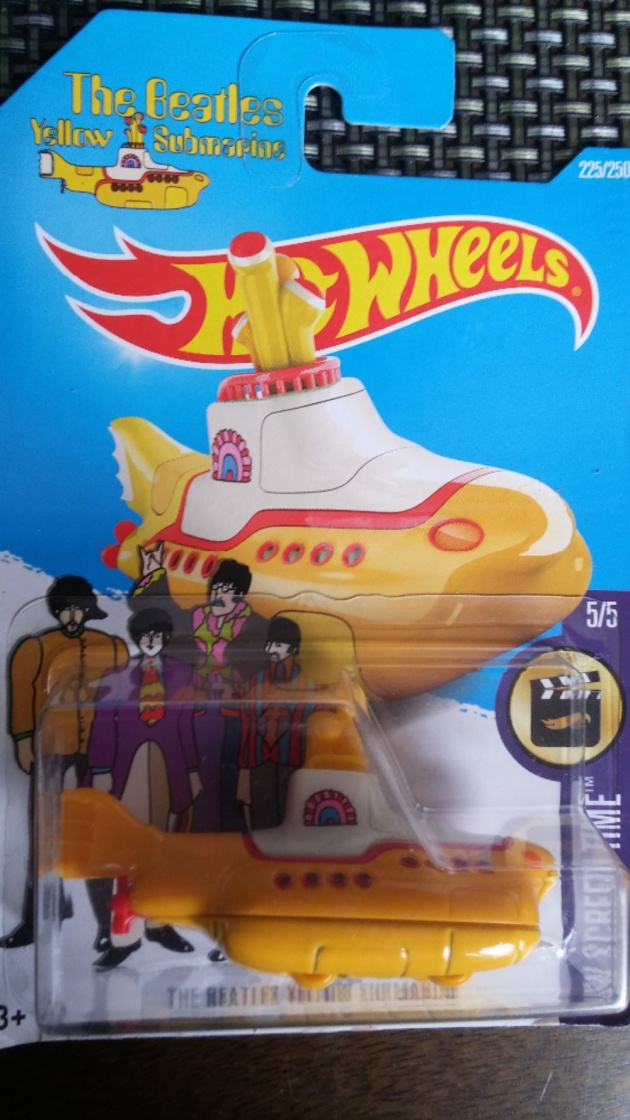 Another reason why adults collect toys is because, frankly speaking, it makes great displays – especially when arranged excellently those toys with great details. Many Generation X and Generation Y readers are probably familiar with the super robot Voltes V. To such readers, you may be amazed to know that an awesome toy has been released to commemorate the 40th anniversary celebration of the show.

As can be seen on the photo above, that Voltes V toy would go blend well or has the promise to become a great centerpiece. Depending on the size, shape, and weight of the toy, awesome toys can also become great displays on a vehicle's dashboard apart from house decorations and tables.

Of course this also follow that besides super robots (Daimos, Transformers, etc...), other toys can become great displays. Exotic cars, movie cars, or any other toys that have famous or interesting cultural (even scientific) significance can attract attention. 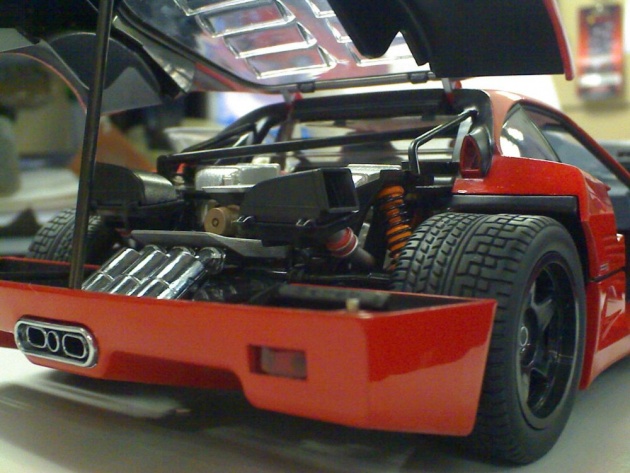 This next reason is somewhat correlated with the reason that precedes it. Naturally, when something attracts a person's attention, a conversation usually follows. If you would look at the photo below, you will surely and instantly recognize what those toys are. 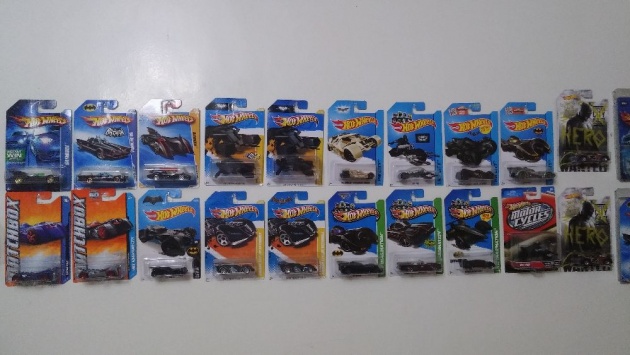 One may think that the Batmobiles on the photo above are placed on a floor. However, the Batmobiles are in fact hanged or displayed in a wall. Most of the times, when we have visitors, they would instantly notice that particular section of the house and would quickly recognize that the vehicles are different variation of Batmobiles. Chit chats usually come follow after about how come there are different versions of the Batmobile, how much did each one cost, how they are hanged, what are they made of, etc...

As mentioned, each collector has their own reasons for collecting. The ones mentioned above are the common and general ones based on my personal experience and observations. However, what really kicked me into this hobby is narrated on the next section of this blog.

Toy collecting has not always been my hobby

First off, let me start by saying that I have only started on this hobby about four or five years ago. I was not actually into that sort of collecting hobby. I have a few comics and NBA which I eventually gave away (yeah I know, I should have never done so after knowing that that such has the potential to be very valuable... but oh well, no use dwelling in the past).

Anyway, my toy collecting hobby started when one of my coworkers gave me a Batmobile. At first glance, I quickly recognized it as the one used in the 1989 Batman film starring Michael Keaton (below is the said batmobile in action)

Anyway, I asked my officemate where did he get the batmobile and how much is the cost. He said that it was made by Hotwheels and the cost is relatively cheap.

At that time, I am not yet familiar with Hotwheels at which point he explained that Hotwheels is like Matchbox. At lunch time, I quickly went to the toy section of the nearest mall and inquired if they have any Batmobiles. The ones that they have are the big plastic ones that is obviously made or designed for kids. I then asked if they have something smaller and described the one that I am looking for. The person responded that the one that the particular model has been produced years ago and is no longer in production.

I then went back to the office, have a conversation with my officemate, and that is where it all began. I searched the web, joined toy hobby groups and forums, even utilizing eBay.

From that simple Batmobile, my collection grew and expanded to a variety of sorts. Nowadays, I have Transformers, Gundams, Legos, toys coming from Mc Donaly happy meals, Shell promotional items, etc...

However, nowadays the main focus of my collection revolves around diecast movie cars. This basically means small diecast replicas of iconic or popular cars that appeared in either a movie or from a TV show.

Speaking of movies, did you know that you can voice or let your movie opinions be heard and get rewarded while doing so. All of this is possible through the Querlo - the Chatbot with a Heart. If you are not yet familiar with Querlo, the video should help you get to know more about this particular Chatbot with a Heart:

After watching the video above, here is a Querlo example regarding movies:

That's just aboutit. Almost everyone has that somewhat of an inner childhood that they have moved aside or has forgotten as they grew older. However, from time to time, that childhood would want to come back in our lives even for a brief moment. Everytime I look at my collection, it is like a time machine wherein that inner childhood lives and smiles again.