Volcanoes are not only created where the two tectonic plates slide over one another. Volcanoes are also produced  when there is stretching and thinning of the Earth’s Crust in the interiors of plates. Erupting volcanoes impose unlimited hazards and destructions not only in the immediate vicinity but many miles around the volcanic area. Volcanic ash is a threat to the aircrafts. Large eruptions affect the temperature as ash and droplets of sulfuric acid obscure the sun and cool the Earth's lower atmosphere i.e. troposphere, known as Volcanic WinterPlate

(i) Divergent Plate Boundaries (it happens in Mid Ocean Ridge)

Subduction is the process that takes place at the Convergent Boundaries in which one tectonic plate moves and thrusts under the second tectonic plate, bends down and sinks into the mantle. The region where this process occurs is known as Subduction Zone . 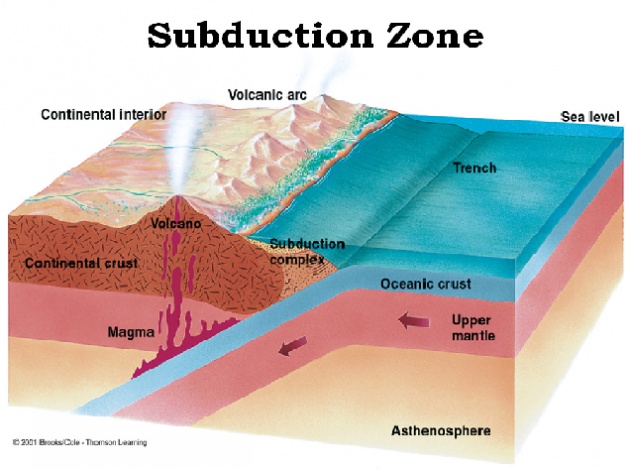 Volcanic Features:The common perception of a volcano is of a conical mountain, spewing lava and poisonous gases emitted from the crater. The structure and behavior of volcanoes depends on a no. of factors. Volcanoes also have rugged peaks formed by the Lava Domes rather than a Summit Crater, whereas others present the landscape features such as Massive Plateau. 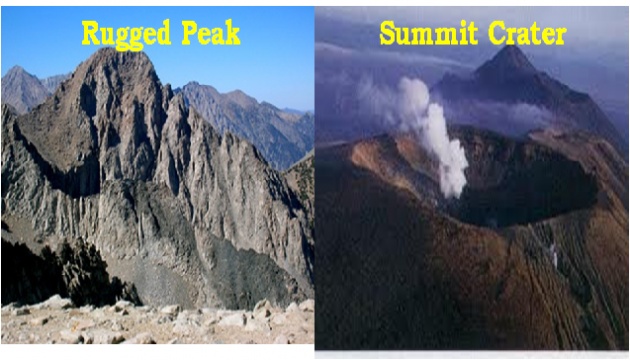 Shield Volcano: These are formed by the eruption of low-viscosity lava that flows a great distance from the vent. They generally do not explode catastrophically. Low-viscosity magma is typically lesser silica. Shield volcanoes havve importance in oceanic crust than the continental crust – several Lava-flows are formed along the mountain. 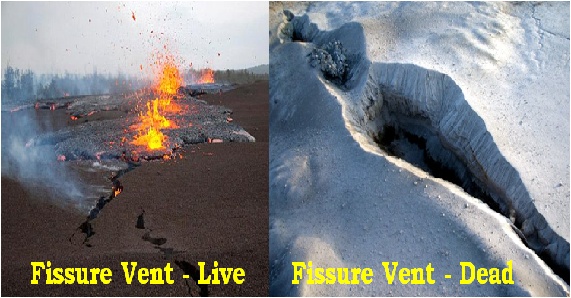 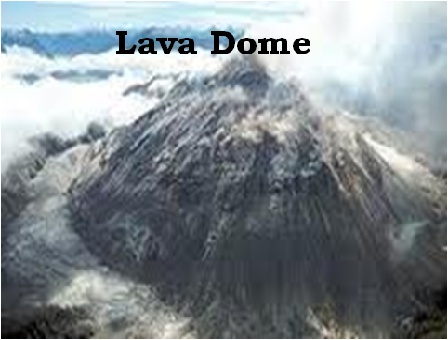 Cryptodome: These are formed when viscous lava forces its way quite up and forms a raised bulge