Over time, demonic entities made their way into the Titans' worlds from the Twisting Nether, and the Pantheon elected its greatest warrior, Sargeras, to act as its first line of defense. A noble giant of molten bronze, Sargeras carried out his duties for countless millennia, seeking out and destroying these demons wherever he could find them. Over the eons, Sargeras encountered two powerful demonic races, both of which were bent
on gaining power and dominance over the physical universe.
The eredar, an insidious race of devilish sorcerers, used their warlock magics to invade and enslave a number of worlds. The indigenous races of those worlds were mutated by the eredar's malevolent powers and turned into demons themselves. Though Sargeras' nearly limitless powers were more than enough to defeat the vile eredar, he was greatly
troubled by the creatures' corruption and all­consuming evil. Incapable of fathoming such depravity, the great Titan began to slip into a brooding depression. Despite his growing unease, Sargeras rid the universe of the warlocks by trapping them within a corner of the Twisting Nether.
While his confusion and misery deepened, Sargeras was forced to contend with another group intent on disrupting the Titans' order: the Nathrezim. This dark race of vampiric demons (also known as dreadlords) conquered a number of populated worlds by possessing their inhabitants and turning them to the shadow. The nefarious, scheming dreadlords turned whole nations against one another by manipulating them into unthinking hatred and mistrust. Sargeras defeated the Nathrezim easily, but their corruption affected him deeply.
As doubt and despair overwhelmed Sargeras' senses, he lost all faith not only in his mission, but also in the Titans' vision of an ordered universe. Eventually he came to believe that the concept of order itself was folly, and that chaos and depravity were the
only absolutes within the dark, lonely universe. His fellow Titans tried to persuade him of his error and calm his raging emotions, but he disregarded their more optimistic beliefs as self­serving delusions. Storming from their ranks forever, Sargeras set out to find his own place in the universe. Although the Pantheon was sorrowful at his departure, the Titans could never have predicted just how far their lost brother would go.
By the time Sargeras' madness had consumed the last vestiges of his valiant spirit, he believed that the Titans themselves were responsible for creation's failure. Deciding, at last, to undo their works throughout the universe, he resolved to form an unstoppable army that would set the physical universe aflame.
Even Sargeras' titanic form became distorted from the corruption that plagued his oncenoble heart. His eyes, hair, and beard erupted in fire, and his metallic bronze skin split open to reveal an endless furnace of blistering hate.
In his fury, Sargeras shattered the prisons of the eredar and the Nathrezim and set the loathsome demons free. These cunning creatures bowed before the dark Titan's vast rage and offered to serve him in whatever malicious ways they could. From the ranks of the powerful Eredar, Sargeras picked two champions to command his demonic army of destruction. Kil'jaeden the Deceiver was chosen to seek out the darkest races in the universe and recruit them into Sargeras' ranks. The second champion, Archimonde the Defiler, was chosen to lead Sargeras' vast armies into battle against any who might
resist the Titan's will.
Kil'jaeden's first move was to enslave the vampiric dreadlords under his terrible power. The dreadlords served as his personal agents throughout the universe, and they took pleasure in locating primitive races for their master to corrupt and bring into the fold. First amongst the dreadlords was Tichondrius the Darkener. Tichondrius served Kil'jaeden as the perfect soldier and agreed to bring Sargeras' burning will to all the dark corners of the universe.
The mighty Archimonde also empowered agents of his own. Calling upon the malefic pit lords and their barbarous leader, Mannoroth the Destructor, Archimonde hoped to establish a fighting elite that would scour creation of all life.
Once Sargeras saw that his armies were amassed and ready to follow his every
command, he launched his raging forces into the vastness of the Great Dark. He referred to his growing army as the Burning Legion. To this date, it is still unclear how many worlds they consumed and burned on their unholy Burning Crusade across the universe. 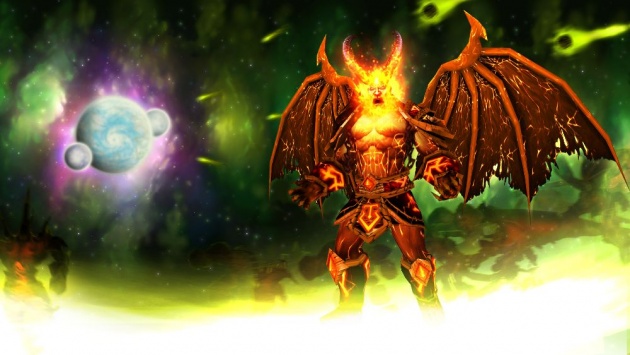 subcribe and buzz me ;)

Blizzard's solution to people who say that Tracer is too sexualised

About Warcraft (to be released internationally as Warcraft: The Beginning)[2] is an upcoming 2016 Am…