At the time of independence, we had about 69 maf water available for diversion this amount increased to about 88 maf by 1961. In 1961 Pakistan signed a water Aggrement “Indus water treaty” with India, which brought major changes in the sources of water for Pakistan. In that aggrement the right of three eastern rivers Beas, Sutlej and Ravi was given to India. and the Indus river basin constitutes of the mountain basins Indus plain, Karachi plains and desert areas of Sindh. Its principle rivers and tributaries are Indus, Gilgit, Astor, Siran, Kabul joined by Jhelum, Chenab and Sutlej. It covers an area of 517,600 sq. km. its source of water are snowing,  melting glacier and rainfalls.

By international standards, Pakistan was already a water-scarce country in 1992 at 1700m3 available per capita.

An arid country, Pakistan depends heavily on annual glacier melts and monsoon rains. Water from these sources flows down the rivers and out to the sea.

Water as the major issue for Pakistan.

If water is there, you can generate electricity, you can develop your agriculture. To meet the scarcity of water in Pakistan, world bank has presented a project to the Government of Pakistan in which Norway is also participating." H.E Cecilie Landsverk pointed out. There are many things that make this country unique but for us Pakistanis, the biggest thing is the largest immigrant Pakistani community lives in this country.

Water and agricultural sectors are likely to be the most sensitive to climate change. Fresh water availability is expected to be highly vulnerable to the anticipated climate

The whole nation of Pakistan one way or the other depends on the dams. The water stored in the dams is not only used for the agricultural purposes but also to provide electricity to a nation of nearly 18 million people. After much suffering to Pakistani nation now Current Government satisfied them by building of more dams to store water for making electricity

Government should take serious step to install the plants to clean the water provide the Pakistani nation.

Due to water problem most of the lives of precious people is waste. 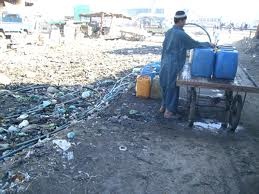 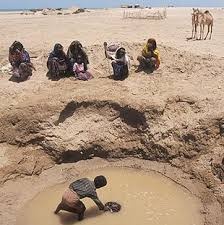 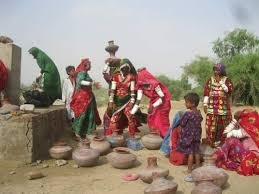