Ways To Console A Friend Without Making Things Worse

When a friend is upset about a recent breakup or devastated about a job rejection, your natural instinct is to tell her how amazing she is to try and make her feel better about herself.

Ever had that backfire on you?

We all have at some point. And new research helps shed light on why. Scientists at the University of Waterloo observed interactions between undergraduate students in six different studies and found that trying to positively affirm people who have an overly negative view of themselves could just make the situation worse.

"We found that people with low-self esteem are less receptive to positive reframing," says Denise Marigold, assistant professor at Rennison University at the University of Waterloo and head researcher on the study. "They don’t want to be told how great they are, how they’re going to be fine, or how their problem will pass and eventually be okay."

Marigold says this is because people with negative views of themselves see unfavorable feedback (losing a job, doing poorly on a test) as proof that they are unworthy of good things.

"People in these situations don’t want to hear 'you’ll find someone else soon,' or 'that person sucked anyway' in regards to an ex-significant other,” says Marigold. "They just want you to sympathize with them and tell them how awful their situation is, and how deserving they are of being upset that their relationship didn’t work out. They want negative validation."

The research also showed that these situations can be damaging to you, the person trying to give the support. People in that position feel pressure to do the right thing but don’t know how to do so. In the end, the support-givers feel worse about themselves too, because they failed to help.

The next time you find yourself in this situation, here's how to offer support:

Don’t add your two cents.
When a person says she's upset, don't respond with "did you try X or Y?" says Michael Brustein, a psychologist in New York City. "You may feel powerless not having an answer for her situation," adds Manhattan-based psychologist John G. Ryder, "and as a result, you may try to provide advice because it’s easier than listening to an issue that doesn't have a neat solution." But don't do it. Instead, offer empathy for what your friend is going through, with something like, "I understand it’s really tough." And whatever you do, steer clear of empty clichés such as "everything happens for a reason."

Don’t make it about you.
Refrain from making an analogy to a situation you were in, says Brustein, like, "Oh yeah, that's just like when I _______." This can make your friend feel like you aren’t really listening and just want to talk about yourself. Instead, use your personal experience and the feelings you recall to help your friend label her emotions. "When you hear your friend say 'exactly' or 'absolutely' it signifies they felt heard," Brustein says.

Don’t negate how she feels.
"Make sure the other person understands she has a right to feel the way that she does," says Ryder. Validate how she feels about her situation (and definitely don't go the route of "It’s really not that bad.")

Learn to just be there.
"Just sitting with someone and giving her permission to cry in your presence can be a lot more meaningful and helpful than trying to problem solve," says Brustein.

Understand that she's not you.
"Try to understand the person’s strengths and weaknesses in that specific situation," says Ryder. "The other person may not have the same skill set that you have and can’t solve the problem the same way you would." By understanding where your friend is coming from and what she's dealing with, you can slowly start offering suggestions on how she can fix her situation—if she specifically asks for advice, of course.http://www.bubblews.com/news/7723581-ways-to-console-a-friend-without-making-things-worse 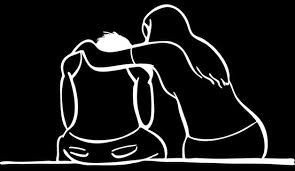 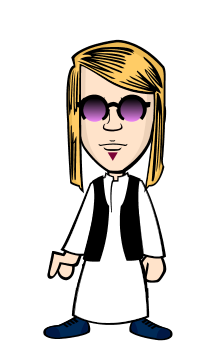 My life is full happiness..Making good friend is my hobby

I love to enjoy my life every day and on every step of my life. My parents teacjes me that how to respect other they say give respect get respect i love my parents all my life.