What's The Best Joke You Ever Heard?

Well Here I go again. Asking a question that really has no correct answer. The purpose isn't to find the right answer, it's to find out about my fellow Hubbers. What I consider to be funny, may not tickle your funny bone at all. You may find a certain style (ie Blonde Jokes) of humor to be offensive.

Now I love humor. I find humor in everything. Even the most tragic events can contain humor. So for me to choose the best joke I ever heard is impossible. Instead I'll give you my top three.

John the farmer was in the fertilized egg business. He had several hundred young layers (hens), called “pullets”, and ten roosters, whose job it was to fertilize the eggs (for you city folks). The farmer kept records and any rooster that didn’t perform went into the soup pot and was replaced. That record keepin’ took an awful lot of his time, so he bought a set of tiny bells and attached them to his roosters. Each bell had a different tone so John could tell from a distance which rooster was performing. Now he could sit on the porch and fill out an efficiency report simply by listening to the bells. The farmer’s favorite rooster was old Butch, and a very fine specimen he was, too. But on this particular morning John noticed old Butch’s bell hadn’t rung at all! John went to investigate. The other roosters were chasing pullets, bells-a-ringing. The pullets, hearing the roosters coming, would run for cover. But to Farmer John’s amazement, old Butch had his bell in his beak, so it couldn’t ring. He would sneak up on a pullet, do his job and, walk on to the next one. John was so proud of old Butch, he entered him in the Renfrew County Fair and Butch became an overnight sensation among the judges. The result…The judges not only awarded old Butch the No Bell Piece Prize but they also awarded him the Pulletsurprise as well.

On a plane flight from Seattle to Chicago, a blonde was sitting in economy class. About half way through the flight, she got up and moved to an empty seat in first class. A flight attendant who observed this, went over to her and politely explained that she had to move back to economy class because that was what her ticket was for. The blonde replied, “I’m blonde, I’m beautiful, I’m going to Chicago and I’m staying right here.” After several attempts to explain to the blonde why she had to return to economy class, the flight attendant gave up. She went to the cockpit and explained the situation to the pilot and co-pilot. The co-pilot said, “Let me try.” He went up to the blonde and politely tried to explain to her why she needed to return to her seat in economy class. But the blonde only replied, “I’m blonde, I’m beautiful, I’m going to Chicago and I’m staying right here.” Frustrated, the co-pilot returned to the cockpit. He suggested that perhaps they should have the airline call the police and have her arrested when they land. “Wait a minute,” said the pilot. “Did you say she’s blonde? I can handle this. My wife is a blonde. I speak Blonde.” So he went up to the woman sitting in first class and whispered something in her ear. “I’m sorry,” said the blonde, and she promptly got up and returned to her seat in economy class. “What did you say to her?” ask the astonished flight attendant and co-pilot. To which the pilot replied, “I just told her that first class isn’t going to Chicago.”

A blonde was weed-eating her yard and Accidentally cut off the tail of her cat Which was hiding in the grass. She rushed her cat, along with the tail over—- To WALMART! Why WALMART??? WALMART is the largest retailer in the world!!!

There are my top three as of now. Ask me tomorrow and the list could be different. Remember.........Keep laughing it upsets the haters. 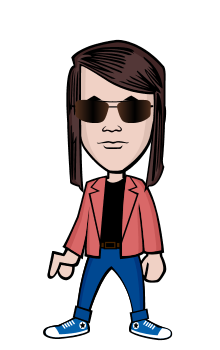