What's Up with Upshaw? Progress Report

So what's been going on with me since my last blogpost?  Well, Bertha Phillips finally contacted me and said she would be able to make the first payment on Friday for my illustrating her children's book God Made the Cats.  So I have money to pay my Internet bill.

I am trying Steven Carpenter's idea to buy Amazon Gift Cards on Film Annex with Bitcoin and selling them for cash on eBay.  So far no one's wanted to pay the Buy It Now prices but the bids keep rolling in.  I'll be getting more money soon.

This gave me an idea:  Why don't I sell my cartoons on eBay?  Superhero parody cartoonist Fred Hembeck already does this; I've seen his Facebook posts about them.  So I've put four of my "Our Follies" black & white comic panels up for auction.  Let's see how that turns out.

As part of my wanting to find new audiences for my cartoons online, I've submitted three of my animated shorts to a website called Show Me the Animation.  It's based in the UK, and at first I wondered if they would accept my Americanized limited animation which leans a lot on dialogue, like classic Hanna-Barbera TV cartoons.  But then I remembered something I learned from another animation website:  I am the creator, not the curator.  So I submitted my three cartoons.  Hopefully they'll be accepted but if not, well, the Internet is big and wide.

Lastly, I've been giving myself online encouragement with the website http://www.janifranck.co.uk and its host, artist/creativity coach/owner of the Art House Jani Franck.  I've been listening to her audio and video messages, and even though she seems a bit "out there" for my tastes, I look deeper and find common sense wisdom about the art business.  Her philosophy about art as a business can be summed up this way:  Do the artwork you love, keep doing it and getting better at it, share it all around, find your audience and the money will follow. 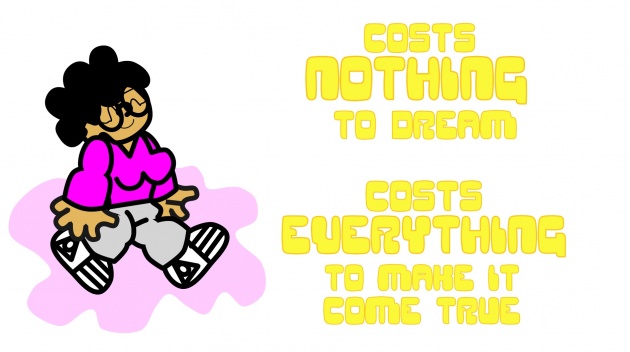