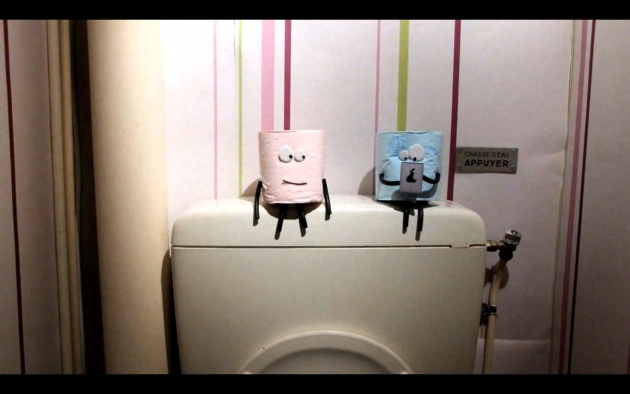 If you’re reading this, there’s a 50% chance you’re obsessed with social media. OK, I made that number up. But the probability is pretty high. You know plenty of people who eat and breathe social media. And they’re not alone! In Paris-based stop motion animator Victor Haegelin’s super clever and funny short film, Walter and Calvin fall into a humiliation contest by posting each other’s "dirty" pictures on Facebook. Who are Walter and Calvin? They’re two rolls of toilet paper! And that’s why Haegelin’s film made it to this week’s WACKY TUESDAYS blog. 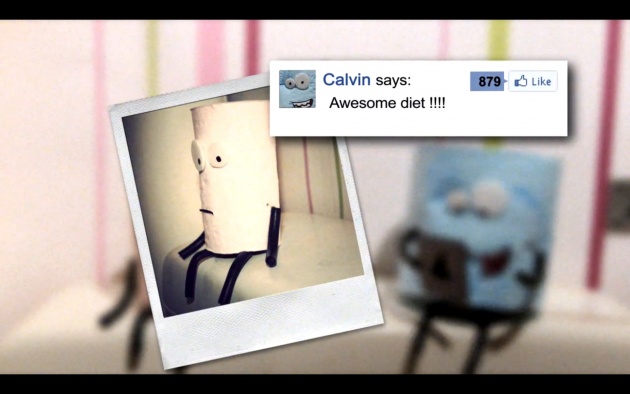 Upon graduation from Prague’s esteemed film school FAMU, Haegelin got signed to Partizan and had the opportunity to work with the best of the industry, such as Michel Gondry, Stéphanie Di Giusto, and Philip Andelman. In addition to his commercial work, Haegelin impresses with his short films that are full of wit, humor, and creativity. Who would’ve thought to bring a roll of toilet paper to life and make it post bathroom jokes on Facebook? Find out who wins the humiliation contest at the end of the film and gets the most likes with the last photograph! Watch the film below:

Victor Haegelin is now part of Eren’s Picks, presenting the most exciting, diverse, beautiful films on Film Annex. Subscribe to Haegelin’s channel to get updates about his latest films and blog posts.

Subscribe to Wacky Tuesdays to read about the wackiest movie on Film Annex's online film distribution platform next Tuesday!