Why Should We Read The Newspaper? | The Advantages of Newspaper 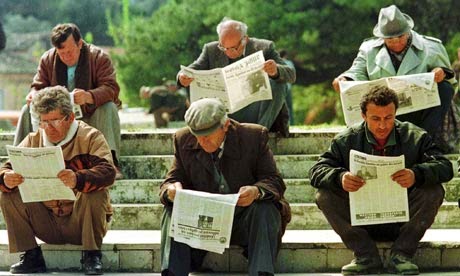 "Why Should We Read Newspaper?"

The Newspaper means a set of sheets or paper, which print or distributes on daily basis and contain news, stories,  information of local, national or international events, article of opinions, advertisements and media reports.

What's in the Newspaper?

The Complete Defination of “Newspaper” by Mr. Wekipedia is.

A newspaper is a serial publication containing news about current events, other informative articles (listed below) about politics, sports, arts, and so on, and advertising. A newspaper is usually, but not exclusively, printed on relatively inexpensive, low-grade paper such as newsprint. The journalism organizations that publish newspapers are themselves often metonymically called newspapers. As of 2017, most newspapers are now published online as well as in print. The online versions are called online newspapers or news websites. Newspapers are typically published daily or weekly. News magazines are also weekly, but they have a magazine format. General-interest newspapers typically publish news articles and feature articles on national and international news as well as local news. The news includes political events and personalities, business and finance, crime, weather, and natural disasters; health and medicine, science, and computers and technology; sports; and entertainment, society, food and cooking, clothing and home fashion, and the arts.

Typically the paper is divided into sections for each of those major groupings (labeled A, B, C, and so on, with pagination prefixes yielding page numbers A1-A20, B1-B20, C1-C20, and so on). Most traditional papers also feature an editorial page containing editorials written by an editor (or by the paper's editorial board) and expressing an opinion on a public issue, opinion articles called "op-eds" written by guest writers (which are typically in the same section as the editorial), and columns that express the personal opinions of columnists, usually offering analysis and synthesis that attempts to translate the raw data of the news into information telling the reader "what it all means" and persuading them to concur. Papers also include articles which have no byline; these articles are written by staff writers.

A wide variety of material has been published in newspapers. Besides the aforementioned news, information and opinions, they include weather forecasts; criticism and reviews of the arts (including literature, film, television, theater, fine arts, and architecture) and of local services such as restaurants; obituaries, birth notices and graduation announcements; entertainment features such as crosswords, horoscopes, editorial cartoons, gag cartoons, and comic strips; advice columns, food, and other columns; and radio and television listings (program schedules). As of 2017, newspapers may also provide information about new movies and TV shows available on streaming video services like Netflix. Newspapers have classified ad sections where people and businesses can buy small advertisements to sell goods or services; as of 2017, the huge increase in Internet websites for selling goods, such as Craigslist and eBay has led to significantly less classified ad sales for newspapers.

Most newspapers are businesses, and they pay their expenses with a mixture of subscription revenue, newsstand sales, and advertising revenue (other businesses or individuals pay to place advertisements in the pages, including display ads, classified ads, and their online equivalents). Some newspapers are government-run or at least government-funded; their reliance on advertising revenue and on profitability is less critical to their survival. The editorial independence of a newspaper is thus always subject to the interests of someone, whether owners, advertisers, or a government. Some newspapers with high editorial independence, high journalism quality, and large circulation are viewed as newspapers of record.

Many newspapers, besides employing journalists on their own payrolls, also subscribe to news agencies (wire services) (such as the Associated Press, Reuters, or Agence France-Presse), which employ journalists to find, assemble, and report the news, then sell the content to the various newspapers. This is a way to avoid duplicating the expense of reporting from around the world. Circa 2005, there were approximately 6,580 daily newspaper titles in the world selling 395 million print copies a day (in the U.S., 1,450 titles selling 55 million copies). The late 2000s–early 2010s global recession, combined with the rapid growth of free web-based alternatives, has helped cause a decline in advertising and circulation, as many papers had to retrench operations to stanch the losses. Worldwide annual revenue approached $100 billion in 2005-7, then plunged during the worldwide financial crisis of 2008-9. Revenue in 2016 fell to only $53 billion, hurting every major publisher as their efforts to gain online income fell far short of the goal.

The decline in advertising revenues affected both the print and online media as well as all other mediums; print advertising was once lucrative but has greatly declined, and the prices of online advertising are often lower than those of their print precursors. Besides remodeling advertising, the internet (especially the web) has also challenged the business models of the print-only era by crowdsourcing both publishing in general (sharing information with others) and, more specifically, journalism (the work of finding, assembling, and reporting the news). In addition, the rise of news aggregators, which bundle linked articles from many online newspapers and other sources, influences the flow of web traffic. Increasing paywalling of online newspapers may be counteracting those effects. The oldest newspaper still published is the Gazzetta di Mantova, which was established in Mantua in 1664.

The newspaper provides us the news. Through history, we can easily imagine the importance of the newspaper informing large and small communities. In a democratic country, like Pakistan, the newspaper is a means of forming public opinion. Through it, public remain in touch with the ideas of leaders.

The people easily can comment, criticize or appreciate any work or policy of the leading party and government. Through the newspaper, the public comes to know the problems of government and government come to know about the problems facing by people. In this way, they help to create a democratic society and environment. We can say the newspaper is a reflection of public opinions or a barometer of public opinions.

Someone said, “Modern World is a world of press and morning newspapers.”

Credits: by Admin Via Jeff nischwitz

By reading, newspaper people become aware not only of their own country but also about the whole world. We can get all kinds of news national, international, political, economic, religious and scientific. By reading it people come to know about the ideas of other nation and countries and this thing create mutual understanding and goodwill among the readers.

The Newspaper has news from all over the country as well as of the world. Many political and religious events reported by newspapers. The Newspapers helps us to be familiar with all religious, political, scientific, national or international events which built our mind and able us to think maturely. It helps us to deal with every condition with spirit and wisely.

It is also a means of advertisement. It is helpful for a businessman and for a trader who can advertise their things through the newspaper. By reading advertisement a person can easily choice the things he wants. A businessman can reach to large potential markets for a fixed cost and can also target specific consumers by placing ads in dedicated sections.

The Other big advantage of newspaper reading is a job advertisement which is very helpful for youngsters, as they can find their desire jobs to read a newspaper.

Credits: by Emily Chan in Article (NiE helps in many ways) Via The Star Online

In educational point of view, newspaper plays an important role. The newspaper covers all the latest discoveries, researchers and trends going on in the world, we can increase our vocabulary and general knowledge by reading the newspaper daily. Being a student we can improve our English by reading newspaper in the English language.

Being a farmer we can keep in touch with the latest economy of our country. Being a businessman we can keep our eye on the latest retail prices of many things which are selling in the market. Being a politician we can familiarize ourselves with the latest movements in the society. The Newspaper does help us move forward in the race of life as we can see in every aspect of life by the newspaper. 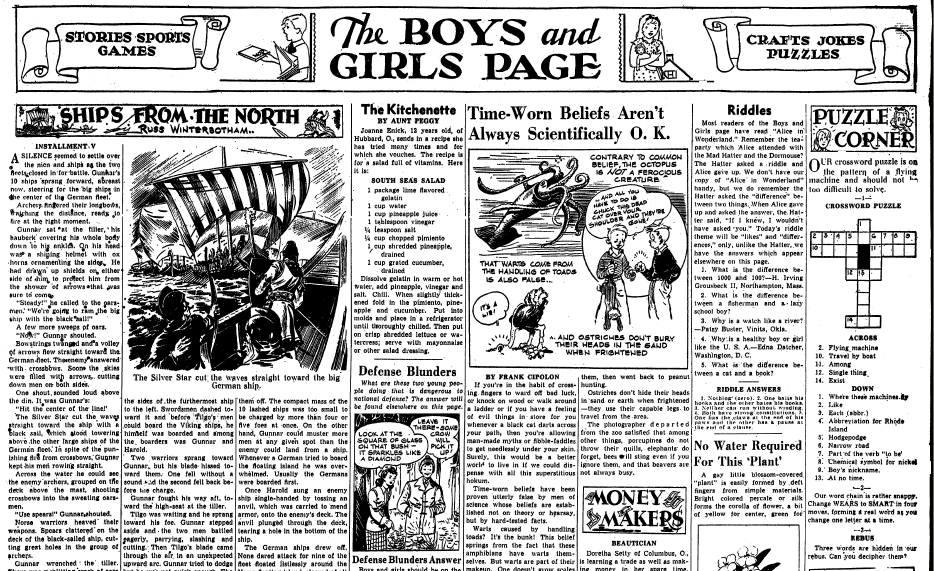 Credits: By Gena Philibert-Ortega Via GenealogyBank

Newspaper keep us aware of all kinds of news either related to sports or to business students should read the stories and puzzles given in the newspaper, this practice will increase their mental abilities. The newspaper also keeps us informed of sports news.

For example, if our national team is playing a match and we did not see the match because of an engagement we can see the results of the matches in the newspaper.

But sometimes newspaper serves the function of propaganda. The sometimes promote the views of some special people and parties, is such cases they misguide the people, which is not fair. This thing causes quarrels and hatred among people.

Indecent pictures and news about sex, crime and scandals have bad effects upon readers. Some news that we should not be shared publicly, they are often published in the newspaper, which leaves a very bad effect on most people to read it. But these disadvantages are nothing in comparison with the advantages. They are useful and helpful for public. One should develop the habit of reading the newspaper daily.

The conclusion of my post is that the newspaper reading is really a very useful and good habit; we should develop it among all of us. The Newspaper really helps us to find our desire job. It’s really a need of modern time to read a newspaper to get in touch with all things happening around you.

Thanks for your precious time. 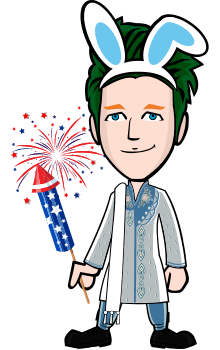