Why There Will Be No "The Heat" Sequel! 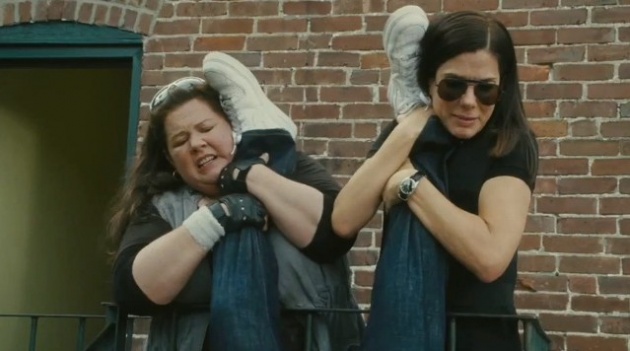 "The Heat" made lots of money, $130 million in North America alone, and still counting.  And it's well-received simply because of the perfect chemistry between Sandra Bullock and Melissa McCarthy.  Twentieth Century Fox even hired Katie Dippold to write the sequel even before the film opened according to the Huffington Post.  And Dippold, talking to Huff Post even said that she's very happy about the idea they have for the sequel.

But before you say yay, Bullock was adamant that she's not interested in doing a sequel.  She told EW.com at Comic-Con that, "I know they say never say never, but right now, I can't imagine it."

The Oscar-winning actress praised her chemistry with McCarthy stating that she doesn't want to ruin what "Melissa and I had. If a miracle happens where [a script] shows up that really and truly outdid the first and provided an experience that was better than the first one, then I would look at it. But I'm not there."

"The Heat" was from the director who gave us "Bridesmaids," Paul Feig who seems to be having bad luck with sequels.  You may have heard that Kristen Wiig is not interested in doing a "Bridesmaids" sequel, and now Bullock for "The Heat."