In a zoo various birds and animals are kept.zoo administration takes care of their food, health and living conditions and a lot of money spent on them. it is also really very interesting know that there is a hospital for animals and birds in the Zoo.  where expert doctor looks after them. it is amazing to know they treatment done there.
Do you know the difference between  the human patient and animal patient? a human patient himself goes to the doctor, tells him his problem, get medicine and use it according to the doctor's advice. in case of an animal patient, the veterinary doctor comes to it tries to find out the problem, and devises the ways for the animals to take medicine.

A doctor gives a man a pill and he swallows it. but the veterinary doctor shows animal the pill and powder but cannot make them swallow it. so very often, the doctor has to use some trick to nurse the sick animals.

Here is the story of a sick elephant who was suffering from some disease. The elephant was very restless. The doctor found out the disease and he wanted to give him a bitter powder. The doctor had to think of a way how to overcome this problem. he remembered that this animal had a great liking for potatoes. a large potato was brought and carefully cut into two. half of the inside part was scooped out, the powder was put in its place the potato was closed again. then the doctor placed the cut potato on a tray which was full of potatoes and invited the elephant to taste them.

Having eaten a few sound potatoes, the  sick animal at last picked up the one which held the powder. He popped it into his mouth and with few hurried crunches, he swallowed it. The doctor's little tricked worked 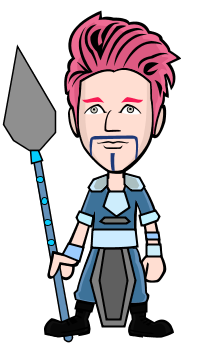