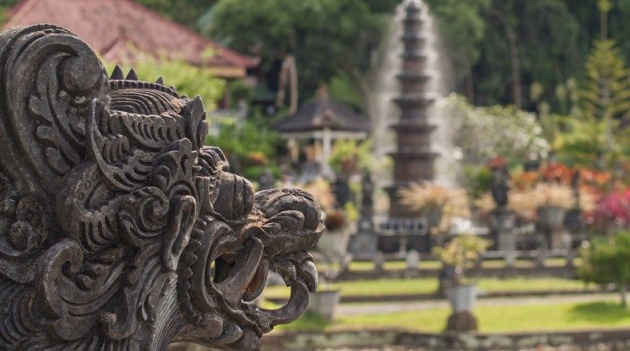 10 Things Unusual Bali Island People Know. Bali is not only known by Indonesian people, but also abroad. Not infrequently also foreigners misrepresenting Bali and Indonesia. Some people out there think that Bali and Indonesia are two different places, whereas Bali is part of Indonesia. However, to what extent do you as an Indonesian know one of the islands which is known by many foreign tourists in it? Here are 10 facts about Bali.

1. Apparently the name of Bali has been used and there since 914. This is evidenced from the inscription on Blanjong Inscription, written by Sri Kesari Warmadewa. 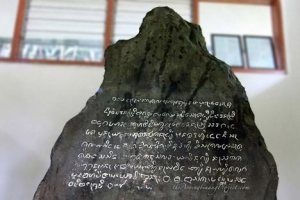 2. The island of Bali has been inhabited since 2000 BC, meaning that this island has been populated for 4 thousand years. Most of its inhabitants are Austronesians. In addition, many Indians and Chinese migrate to this Island of the Gods.

3. Apparently before Indonesia became independent, Bali has become a popular destination. One proof is the work of Margaret Mead-Gregory Bateston, Miguel Covarrubias Walter Spies, and Collin PcPhee. They made bali more known thanks to works published in 1930. 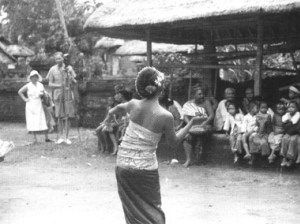 4. Tradition of mass kisses or more known by the name of Omed-omedan, in directly one day after the celebration of Nyepi by the residents of Banjar Kaja Desa Sesetan, Denpasar. A couple of local youths will take turns to come forward to kiss. Then there will be village elders who come to flush them with water until wet. This ritual is believed locals can block their village from the plague. 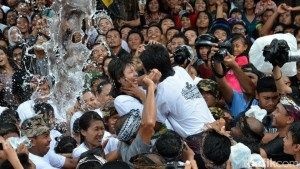 5. Bali has the most cockfighting location in Indonesia. Cockfighting arena is available in all village areas in Bali. Although most of this arena is only temporary where only used on certain days the implementation of traditional ceremonies. In Bali cockfighting is called a tajen is a gambling game with pitted chicken rooster. This game is the oldest gambling game in Bali.

6. Ritual Pengerebongan held at Pura Petilan Kesiman, 8 days after the celebration of Kuningan, is somewhat unique, because during the procession many Penyungsung Pura (Hinduism) who experienced trance. At the same time dozens of people experiencing trance and suddenly screamed hysterically, dancing, and put a dagger into the chest, uniquely they did not hurt one bit. 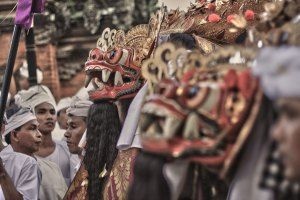 7. Every once a year, you can witness the holy rituals of youth fighting in Tenganan Village using pine and prickly leaves, or better known as Pandan War. This ritual is held as a form of reverence to the god Indra, the god of war that they most respect. Like war in the royal era, they also wear a shield made of woven bamboo.

8. People in Trunyan Village, Kintamani has a unique burial tradition, where they do not bury or burn corpse (ngaben) a la Balinese Hindu in general. The corpse was simply placed on a land surrounded by the tree Taru Menyan. Strangely, the corpses there did not stink. It is said that the fragrance of Taru Menyan tree is the one who neutralizes the rancid smell of the corpses there. 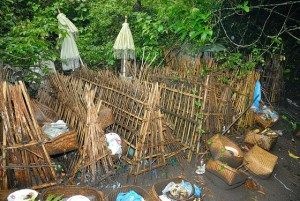 9. The ritual burning of corpses known as Ngaben is a form of liberation of the human soul to return to the Creator. Ngaben also became very unique with the existence of a replica of Meru and Ox buildings included in the cremation procession. Even some Ngaben procession that is held big enough to make meru with tens of meters height, such as one of them in the family environment Puri Ubud is often the center of tourists in Bali.

10. Before the 20th century, Bali starlings were not the only indigenous fauna of Bali. At least there are large mammals such as leopards, bulls and panthers that once existed in the mainland island of Bali. Although bulls can still be found in Bali but their wildlife population has been exhausted, they can be found already in the form of domesticated pets.

While the panther and leopard have been extinct. According to the IUCN Red List of Threatened Species, the last trace of this type of tiger was discovered in 1937. Now the only species of native Bali animal still to be encountered is the Bali starlings. But unfortunately the number of bird populations is also increasingly apprehensive and on the verge of extinction. 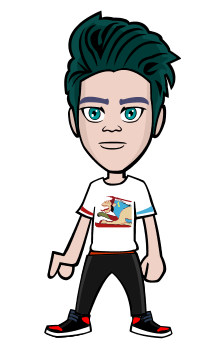