21 March, Past & Present: Lessons To be Learned 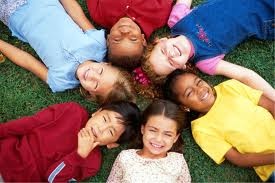 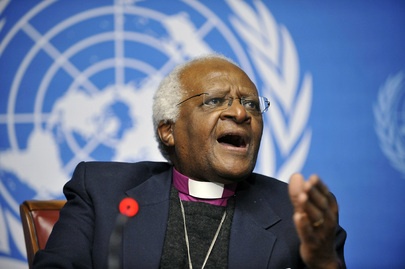 On March 21, 1960, South African police opened fire on a peaceful demonstration in Sharpeville. Sixty-nine deaths of those protesting apartheid’s “pass laws” resulted. This seminal moment for justice was the impetus in 1966 for the UN General Assembly to proclaim March 21 “International Day for the Elimination of Racial Discrimination.” The United Nations High Commissioner for Human Rights, Navi Pillay, speaks of the great significance of this day. The focus this year is “Racism and Conflict.” Although there have been some positive steps from dedicated individuals, there continues to be widespread racism in many areas around the World, resulting in ethnic hatred, discrimination, death, even genocide. The human slave trade created a great imbalance in employment, education, political, and social opportunity. Racism breeds stereotypes, whether based on skin color, ethnicity, religion, gender preference, or social custom. Recognition is the first step in the goal of eradicating racism. When we can cherish the unique contributions and innovations of each member of humankind and embrace them with empowerment, dignity, and equality, we will have accomplished our goal. In the words of Senator Robert Kennedy, spoken following the assassination of Martin Luther King: “When you teach a man to hate and to fear his brother, when you teach that he is a lesser man because of his color, or his beliefs or the policies that he pursues, when you teach that those who differ from you, threaten your freedom or your job or your home or your family, then you also learn to confront others not as fellow citizens, but as enemies. To be met not with cooperation but with conquest, to be subjugated, and to be mastered.” In concluding, I’d like to draw your attention to a book that moved me with its significance for this day: “The Bone Woman,” by Clea Koff.” This is a graphic portrayal from a forensic expert for the UN International Criminal Tribunal for Rwanda. Ms. Koff participated in subsequent missions for the UN International Criminal Tribunal for the former Yugoslavia to unearth evidence of genocide in mass graves in Bosnia, Croatia, and Kosovo, as well as Rwanda. At mission end, it was her conclusion that these genocides were primarily the result of self-interest, be it economic, territorial, or governments holding onto power and their “establishment” versus religious, tribal or ethnic differences. Perhaps it will be the children who will teach us and be our leaders. Ms. Koff describes a chilling scene: “In 1997 gunmen burst into a school and told the students to divide themselves into groups of Hutu and Tutsi. The children refused saying, “There is no Hutu or Tutsi: we are all Rwandan here.” The gunmen shot most of these young heroes. Today, let us include and commemorate these young heroes and the three Jewish children who died this week in Toulouse, France in today’s remembrance for “The International Day for the Elimination of Racial Discrimination.” By, Susan Sacirbey Facebook – “Susan Sacirbey” & “Diplomatically Incorrect” Follow on TWITTER @DiplomaticallyX See our popular video blogs: Anti-Racism Day: March 21, 2011 diplomaticallyincorrect.org/films/movie/anti-racism-day-21-03-2011/25691 and Killing & Conflict/South Sudan diplomaticallyincorrect.org/films/movie/killingconflictsouth-sudan/24745 See current news event articles and political blogging sites on Diplomatically Incorrect Channels: www.diplomaticallyincorrect.org and War Crimes Justice Channels: www.warcrimesjustice.com