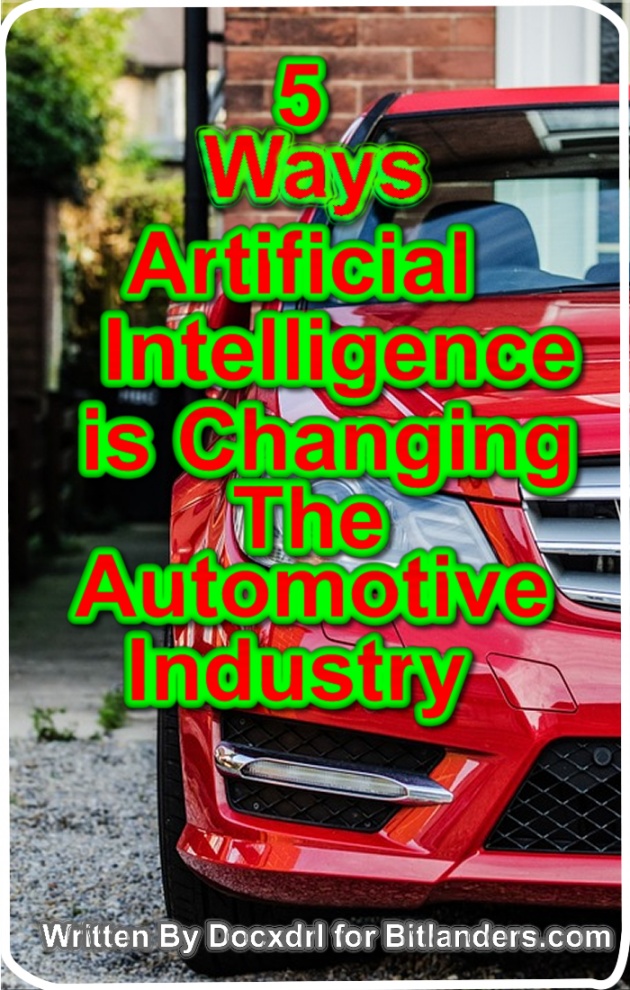 Artificial intelligence (AI) has seen applications in many industries across most fields of life.  No one has imagined that there’s going to be a driverless car. But now there are!

The automotive industry is witnessing an end to humans behind the wheels. As AI is gearing up to take the wheels by leveraging on fully autonomous vehicles. The future will heavily rely on AI systems for almost everything we do. Definitely, the journey of the future of autonomous cars has already started;

AI continuously monitors the sensors installed in the vehicle and hence can identify any emergency situation. In a situation like this, it can alert the driver or can also take control of vehicle to reach a safer point. There are various features in this like blind-spot monitoring, cross-traffic detention, driver-assist steering, emergency brakes, etc

When you hear about Artificial Intelligence (AI) in automotive design, you may think of driverless cars, but AI can do more than just that. A car imbedded with artificial intelligence can sense when the passenger or car occupant needs medical attention and route to the nearest hospital.

From having a driverless car that detects heart failure, to have a car that can use data and algorithm to mimic the cognitive functions of the human mind and the ability to learn, grow to solve problems without a human assistant. The future is bright for automotive industry because of the advancement in technology. 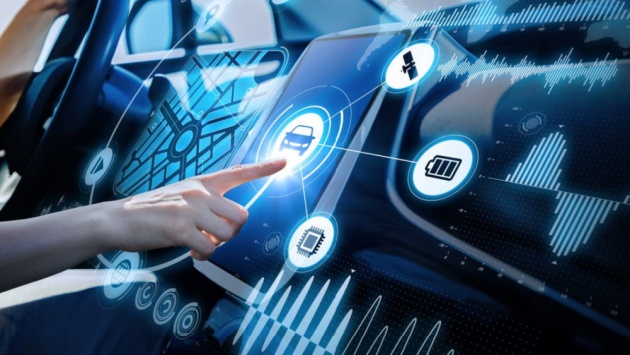 It is based on the advanced capabilities, consumers’ expectations and the need for a new experience when driving a car that pushed the automotive industry into the era of digitalizing the industry.  And this is harnessing artificial intelligence technology as a means of giving the customer the needed experience in an emerging technological era.

It was not long when I wrote a blog post about The future of Artificial Intelligence in the Transport Industry where we ventured into looking at how AI is revolutionizing the transport industry in general;

As part of the possibilities that the future holds for autonomous transport, the industry can be revolutionized by AI. Our focus shall be mainly on automotive cars, thus;

The automotive industry comprises a wide range of companies and organization involved in the design, development, manufacturing, marketing and selling of motor vehicles. It is one of the world’s largest economic sectors by revenue

Needless to say, AI has already generated billions in the automotive manufacturing industry and the cloud services will exceed $10.73 billion by 2024 as reported by the market watch. This is because of the major players' automotive industry. 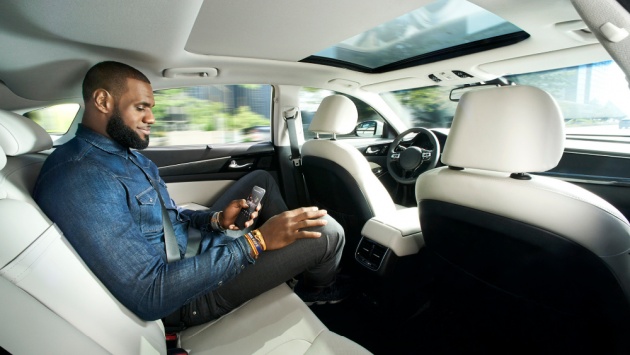 This is all in an attempt to bring about AI-enabled in-vehicles experience by ensuring users enjoy a smooth-glitch-free experience in the car, in-car-assistant, and a car full of abundance caution relating to driver and passengers safety joy-ride to any destination.

In the automotive industry, innovation is happening at an unprecedented pace. High compute performance and artificial intelligence will soon redefine every aspect of the in-vehicle experience-leading to high consumer expectations not only in luxury vehicles, but also entry-levels cars. To help automakers bring highly differentiated and customizable in-car experiences to all tiers

Smooth, free and joyous car experience in times like these,  is all thanks to AI technology developers as they keep expanding their thinking faculties to make cars more comfortable for humans by using Computer Vision, machine reasoning and advance driver help systems to trigger a blind-spot alert for drivers.

Artificial Intelligence (AI) is one of the new keys to success in the automotive industry from enabling autonomous vehicles to transforming research, design and manufacturing processes

If you are a fan of autonomous cars, then you are going to enjoy these 5 Ways Artificial Intelligence is changing the Automotive Industry using sophisticated technologies. Chat with me via Querlo to find out how AI is taking over the automotive industry.

With ever y car manufacturer and designer thinking of developing cars that have artificial intelligence and self-driving technologies, there are few companies that have already put their legs on the car-pedal of AI. It does not matter whether it is for personal transport or public transport, these two companies lead the pack in AI automotive industry. 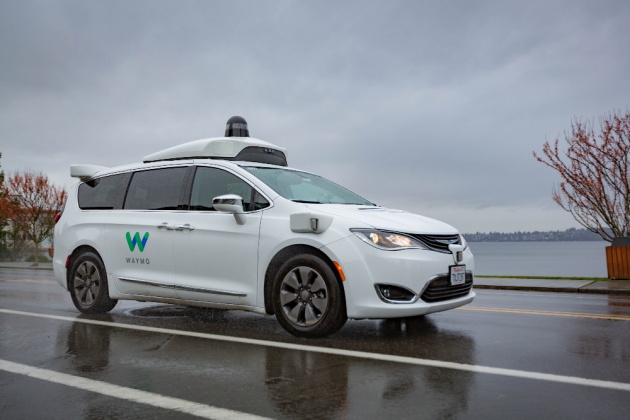 Google dream of making the streets safe and they achieved that by introducing a car that can drive by itself. And now we see that dream and recognized it as Google autonomous car Waymo.  It conveys passengers from one destination to another without a driver, because it is fully operational by the help of artificial intelligence.

Waymo AI is built to utilize real-time data from radar, high-resolution cameras, GPS and cloud services to produce informed-decision that controls the car.

The car is capable of predicting the movement of a pedestrian as he/she crosses the path of the car via Zebra lines, or a sudden break by a moving car etc. These are all possible because of powerful AI-deep-learning algorithms that Google used in designing Waymo.

AI in autonomous vehicles are improving and always adjusting to help navigate roads better and make the life of its passenger comfortable.

Whenever you speak of electric cars, you speak of Telsa. Right now, it wants more than just electric cars, but Smarter-self-driving cars. Telsa cars are safer than human drivers with eight cameras, ultrasonic sensors etc. that are built in to give the passenger experience of a lifetime.

All these data are feed into the AI software that turns sensory data into a cognitive-like process to control the car and give the passenger a whole new level of driving experience. After all, good cars are all about the comfortability of the passenger and their safety. 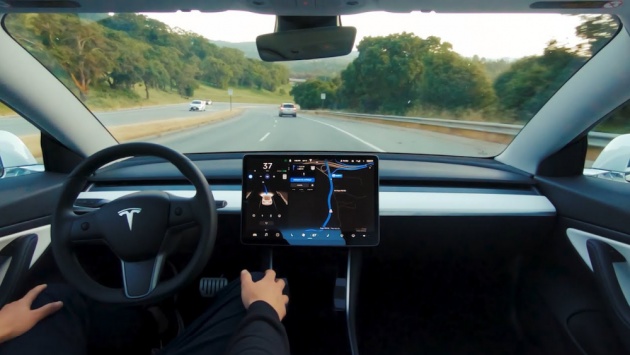 These companies have already produced cars that are either fully autonomous or AI driver-assist cars;

To be clear about the future of artificial intelligence in cars, most autonomous cars have AI as an assistant driver or a co-pilot if you may.  Automotive Industries is not yet comfortable in letting AI takes the wheels, they want AI to watch and learn.

They also want AI to get accustomed to the laws of driving before giving it the license to be a driver. Right now, AI can identify dangerous situations and warn the driver, take control of the wheel in the case of emergency, or give the driver real-time-reports about roads in the case of traffic jam, and provide an alternate route to destination etc.

Enjoy a taste of Driverless car by Yandex

When you read about artificial intelligence in the automotive industry, it does not limit itself to just driverless cars, or predictive maintenance, because AI application in the industry is vast.

Artificial Intelligence application in any industry is limited to the thinking faculty of the industry decision-makers and availably technology at the reach of the people.

The future of autonomous cars cannot be restricted, confined to the parameters of just having AI as a driver assistant, but the future can have an artificial intelligence fully conversational interaction between the car and the passenger by identifying the passenger and also knowing the daily routine of the owner of the car.

The future of artificial intelligence in the automotive industry is full of surprises!