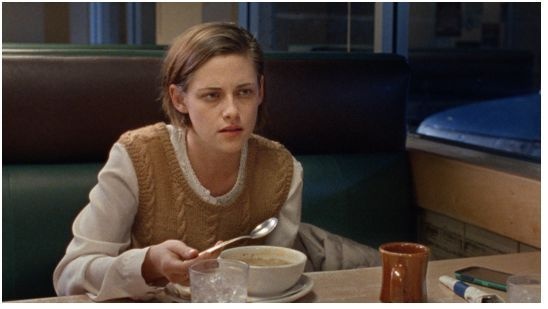 Stills courtesy of IFC Films (US)

Kelly Reichardt (born 1964) typifies what happens to most women filmmakers whose debut feature earns great notices but doesn’t quite get the audience it deserves.

That film, Old Joy (2006), was only made possible by $30,000 which she inherited. Adapting a short story by the writer Jonathan Raymond, who subsequently collaborated on scripts for Reichardt’s subsequent films, Wendy and Lucy (2008), Meek’s Cutoff (2010) and Night Moves (2013), it told the story of two men (Will Oldham and Daniel London) who go on a camping trip in Oregon’s Cascade Mountains. Not much happens, but something does.

Born in Miami, the daughter of a crime scene detective and an undercover narcotics officer, Reichardt makes films with a forensic level of detail; detail that captures your attention in the absence of a complicated plot. If Certain Women is anything to go by, her films don’t use music to tell us how to think. Silence is important. There’s more silence in Reichardt’s film than in Martin Scorsese’s Silence.

Certain Women is a free adaptation of three stories by Maile Maloy, ‘Tome’, ‘Native Sandstone’ and ‘Travis, B’, all of which are set in Montana. Two out of three of the stories concern lawyers. None of the stories features religion. In Montana, only 38.71% of the population call themselves religious. Religion is borne out of communities sharing values and problems. Here, everyone lives so far apart, that is, if they have a home at all. Where are the neighbours that you would call for help?

The opening shot is of a long goods train – extremely long, since we’re being precise – crossing the screen. We hear the familiar train horn that one imagines sounded the same in 2016 as 100 years earlier. There is an establishing shot of a town, but not your normal establishing shot, but of the flat roofs of buildings. Roofs all look the same bar an antenna or so. They don’t reveal the character of the building, the aspirations of its occupations. Roofs, I contend, give nothing away.

We are in a bedroom and see Laura (Laura Dern) in her bra, lying back on the bed as her lover, Ryan (James Le Gros) gets dressed. His hair is sticking up, as is the label from his vest. He is not ‘movie-dishevelled’, he’s real life rough. The conversation between them isn’t important – at no point does Laura straighten Ryan’s hair and label. It isn’t even remarked upon. The lack of solicitous care tells us that these are not two people who deeply care about each other. Laura is watching the man leave before she dresses herself and she too mirrors his dishevelled appearance. Half her top is tucked in, the rest is out. She returns to work with her dog. Who brings a dog to work and what was the hound doing whilst Laura was having sex? I can answer the first question: the boss. The boss does what she pleases.

Laura has a client, Fuller (Jared Harris). He had lost his job after an accident and is suing his former employer. Only the employer has settled. Fuller can no longer work. We see a piece of paper from his point of view – Laura is passing him on to another lawyer – and the words fade in and out of focus. ‘If I was a man, he would accept what I’m saying,’ Laura complains. In her office, Fuller complains about the way the door is set.

There is a hearing. Fuller won’t get a further dollar. ‘OK’, he shrugs. Fuller is with his wife. She has been on his journey and her face tells it.

Taking a call on the way back, Laura stops her car. In the distance, we see Fuller get out of his car, terminating an angry conversation with his absence. He gets into the passenger seat of Laura’s car. ‘OK, I’m coming with you.’

‘Do you want anything to eat?’ she asks.

Laura’s instinctive reaction is to let Fuller simmer down. She goes into a mall and sees some Native Americans in a garish sort of dance. Native Americans are for show. They are exotic. The inauthentic tinsel on their outfits is there to reflect the light.

Fuller is still in Laura’s car.

What happens next is as understated and as matter of fact as the scenes that preceded it, including Laura being pushed into a siege situation. The victim is Big Man, of Samoan descent. ‘I’m of Samoan royalty,’ he explains. 14 people have to die for him to be king. ‘Is that likely?’

You notice details like Laura wincing when she is given a police vest to put on. She is being dressed for danger but there is nothing frantic in the scene, no escalation of tension. ‘Tell us that you’re in there,’ calls a police officer and a light is switched on. This is the opposite of a high stakes kidnap drama.

How does Laura pacify the hostage taker? She reads from his file, legalistic letters from beginning to end. There is a gulf between how the letters describe the events in Fuller’s life and what he feels. In another movie, Fuller wouldn’t be listening. Here he is. There is pathos.

How does it turn out? Not in the way you’d expect. It is sudden. We have barely had closure than we are introduced to Gina (Michelle Williams), who is out jogging. 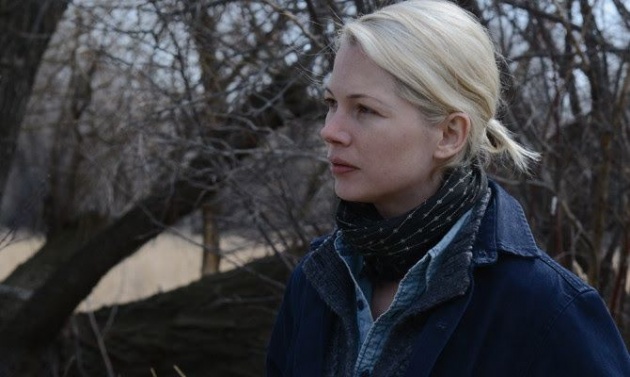 I say ‘out jogging’ but she is really having a cigarette. Gina contemplates a space where a house might be built. She has a husband, Ryan - yes, Laura’s lover – and a daughter, Guthrie (Sara Rodier). They are living in a tent, something that appears to be a permanent arrangement. In a normal film, we might expect Guthrie to break away from mother and father and form her own relationships. She doesn’t. But she isn’t a participatory sort of teenager either. You notice food being swept into a pan to be re-heated. The family has a car. Gina is interested in sandstone for her new house and wants to buy it from a man, Albert (Rene Auberjonois) who may have Alzheimer’s.

Albert lets Gina and Ryan into his home. He explains that he fell recently. ‘I fell while I was on the phone.’ The house is complete save for work that Albert’s brother didn’t complete. Gina wants to buy the sandstone in his yard.

As you watch the conversation taking place, Gina and Ryan not quite connecting with Albert, you think about whether the young couple are exploiting or in some way burdening the older man. Gina is keen to pay. You think about the act of giving up something that simultaneously means something to you yet appears uncared for. As in the hostage story, there is a transaction, slightly cruel, but not one that is reflected upon, just as Laura didn’t smooth Ryan’s hair.

We are in a stable – and it’s the final story. A young female rancher (Lily Gladstone, superb) is going about her work. Her chores are repetitious, letting the horses out, spreading the hay. She rides in a quad bike, racing around the yard, a dog yapping by her side.

At night, she drives alone. We see enter into a hall. Four people have gathered for a class. Then the teacher arrives, young lawyer, Elizabeth Travis (Kristen Stewart). She is about to give a lesson in School Law.

In the original story, the rancher is a guy. So there is a sexual element. Here, she is a woman. This is a story of a girl crush, one that exposes the gulf between the two characters.

If you believe that it is more likely for characters to disconnect than to connect, then this film is for you. This is Reichardt’s first film since River of Grass without Jonathan Raymond and you wonder if there was a rift of some kind, a disconnection.

The details really make this film. At one point, Elizabeth cuts her burger in half and eats one half of it. The other half is clearly an offering to the rancher. But nothing is said. The half burger is left uneaten. Reichardt doesn’t foreground this. We notice the food waste and wonder what Elizabeth was trying to communicate whilst eating. You don’t expect people to communicate whilst eating. They do so between bites. Here, the way in which food is consumed, or not in the rancher’s case, says something.

At one point, the rancher brings her horse to class and tethers it up. She asks Elizabeth if she is going to the diner. She wants her to ride on the back of the horse. The rancher’s excitement is infectious. She is desperate to impress.  Elizabeth hasn’t been on a horse in a while. She climbs on, straddled behind the rancher.

In the diner, she eats soup. Soup is not a sharing food. Interestingly, when Reichardt films in the diner, she shows us what is going on at the counter and only eventually shows us Elizabeth and the rancher. The extra business is a way of signalling that bonding is not taking place. It is also a way of creating suspense.

Nevertheless, the rancher is incredibly empathetic, even as she listens to Elizabeth complain about the drive from Livingston: four hours there, four hours back. Elizabeth dwells on the five hours sleep she will get before she has to go to work, then do it all again two days later.

Drudgery – the rancher knows it well.

Then there is a surprise – a shock really. We feel the rancher’s heartbreak and understand why she does what she does next.

Anybody who has even reached out to somebody else will find this final story incredibly moving. There is hope even when you see a car – a stranger’s car – appear behind one of the characters.

’s. Reichardt makes you look at the whole frame because we are looking for signs of connection.

There is a coda, one that involves two flavours of milkshake.

Not only did I love Certain Women, but I want to see all of Reichardt’s other films. Her talent is as monumental as the landscape.