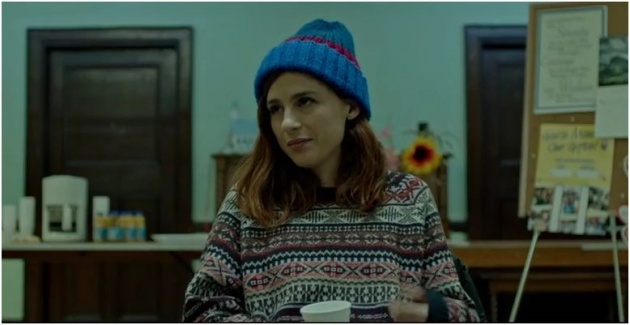 Pictured: Mary (Aya Cash) at an Alcoholics Anonymous meeting, shortly before she digs her fingernails into a polystyrene cup, in 'Mary Goes Round', a Canadian drama by writer-director Molly McGlynn. Still courtesy of Wildling Pictures

If you were to ask: ‘alcoholism and cancer – what do they mean to me?’ I would say ’2002’. That was the year I knew I was addicted to alcohol after my wife retreated into herself following the death of her mother from cancer and we were coping with the diagnosis of our young son (then aged five) of being on the autistic spectrum. There are things I cannot write because social media has a habit of biting one in the bum, as Australians say. Suffice to say, 2002 was my horror year. I carried on writing film reviews but I cannot remember anything I wrote. My cure, in 2007, was to take up running again, replacing one addiction with another. I spent a year preparing for the Edinburgh Marathon, which I ran in 2008 and 2009, though the product of that was plantar fasciitis, or a pain in one’s foot, a condition that I have to this day.

Canadian writer-director Molly McGlynn’s feature debut, Mary Goes Round, deals with both alcoholism and cancer but not plantar fasciitis, because that would be too much of a coincidence. It is also about dealing with the sibling that the heroine, Mary Jackson (Aya Cash, best known for the TV show, You’re the Worst) didn’t know she had. Mary is a 29 year old substance abuse counsellor with a Master’s Degree – a Master’s Degree – working in Toronto. She also has her own substance abuse issue. When we first meet her, she is shown in full close up, looking to her right answering questions about ‘how many units of alcohol do you have in a week?’ This is the wrong question: you should ask ‘how units do you consume in a day?’ Mary drinks a lot. We don’t know exactly why, but we are encouraged to draw conclusions. Mary’s mother died when she was eighteen. She is estranged from her dad who has sent her a friend request on Facebook – quite a feat, given the number of Mary Jacksons there are on the site. She has sex with a stranger and then runs to the lavatory to vomit before he ejaculates. She’s not supposed to be first, really - guys hate that.

When Mary crashes her boyfriend’s car, reaching for some potato chips – never dip and drive –she has to take time out. She hasn’t lost her job, exactly, but her boss thinks she should take a period of reflection, which for most people means checking out the number of friend requests on Facebook but for her means going back to Niagara Falls because that’s where dad, Walt (John Ralston) lives with his seventeen year old daughter, Robyn (Sara Waisglass) – Mary’s half-sister, who (whisper it) doesn’t know that her father is seriously ill.

There are a couple of early scenes that seriously endeared this movie to me. First, Mary is invited to a baby shower and she pointedly refuses to take a glass of champagne, because each one has a piece of strawberry in it and I really hate that. But Mary is obliged to talk to people and infiltrates a trio of women whose husbands all work together. Mary remarks that the host’s mother threw a really nice shower. ‘Your mother will throw a really nice shower for you one day,’ replies one of the three. ‘She can’t because she’s dead,’ Mary answers plaintively. There’s only so long she can go on refusing champagne. In order to simulate urinating, Mary pours whiskey from a miniature bottle into the toilet bowl. Then she drinks from the second bottle. She is left staggering out of the house. Then there’s the accident.

My other favourite scene is more of a moment, when we see Mary drinking a cup of coffee marked ‘Merry’ as if the employee taking her order misheard her. The film’s title is a pun on Merry Go Round and suggests – nay, digs one in the ribs – that alcoholism and self-loathing (the hangover) are indicators of cyclical behaviour. You will drink. You will experience remorse. You will drink again, and so on. Mary is stuck on a treadmill, if she ever went to keep fit classes. In Niagara Falls, having been given the air mattress by Robyn – it’s like a cold shoulder, but with a foot pump - she attends an Alcoholics Anonymous meeting, where she is advised by Lou (Melanie Nicholls-King) not to eat the last biscuit – ‘it is gluten free’. Mary drops it in horror. ‘You are also gullible,’ Lou adds, as she snatches it for herself.

McGlynn is very good at suggesting the social embarrassment of a woman who has forgotten how to talk to people. She turns up outside one of her former friends’ houses and asks the woman who now lives there out for a drink. The woman is on her way to work; she cannot process the request.  Later in a supermarket, Mary is recognised by one of her former classmates and is asked out for a glass of wine. Mary cannot retreat fast enough.

Mary cannot tell her father why she cannot be his designated driver. Instead, she calls Lou, with whom she has bonded. Lou is a lesbian, but Mary is not her type. Lou and Walt recognise each other. Mary explains that Lou was in the special needs class of girls in her school, a comment to make Lou bridle. It is easily the most offensive thing she says in the movie, but then this is a Canadian film and folks are awful polite.

Eventually, Mary and Robyn bond over fairground rides – Walt has spare tickets. Mary even destroys the phone belonging to a guy who circulated a suggestive photograph of Robyn. I say that she ‘destroys’ the phone, but these props are expensive, plus we don’t know how many takes McGlynn required. It’s fair to say she knocks it to the ground.

Pictured: Mary (Aya Cash) deals with the trauma of the cups being in the wrong place with her half-sister, Robyn (Sara Waisglass) in 'Mary Goes Round' a Canadian film written and directed by Molly McGlynn. Still courtesy of Wildling Pictures

Eventually, Robyn learns the truth about her dad and is exercised that he won’t make it to her graduation. She then has her own moment of alcohol exceptionalism that requires Mary to drive to an address and rescue Robyn in her underwear. McGlynn stages the sequence in a long take, the camera close behind Mary as she gatecrashes the party. ‘We’ve ran out of beer,’ protests the guy answering the door.

The denouement is inevitable, but McGlynn throws in an extra surprise. She also throws in some learning: everyone lapses, everyone has bad moments – it is what you do afterwards that matters. For much of the film, Mary wears a woolly hat, but she later removes it and it suits her.

With one eye on the Bechdel test, McGlynn is keen to point out that Mary does not need a man to ‘complete’ her. A heterosexual relationship is not the answer. She does get a job, cleaning up after old people. She is told a job: why are orphans bad at baseball? Because they don’t know where home is. You can earn a lot of good will with a joke.

There is something about Canadian cinema that doesn’t elicit an emotional response. It is almost as if they don’t want to draw too much attention to themselves. McGlynn’s film exudes humanism and hope, even when the police get involved. You leave the cinema in a state of optimism. Folks can get along – wahoo! 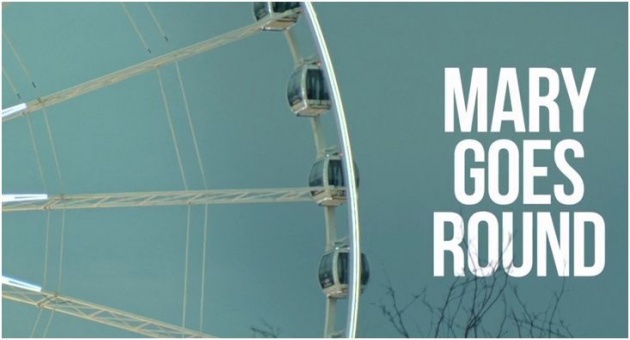