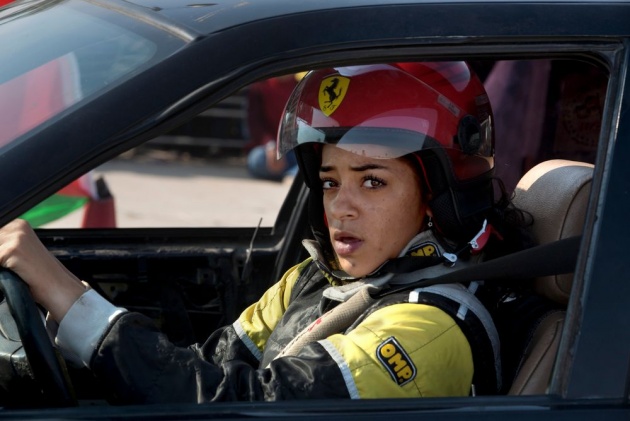 I don’t know why there are so few women Formula One racing drivers. I’m sure women love the sport as much as men. They might even make better Santander adverts (I’m talking about you, Lewis Hamilton). In fact I’m surprised there aren’t more protests to end such an elitist pastime. Who remembers Desiré Wilson, Leila Lombardi or Maria Teresa de Filippis?

But there are women taking part in time trial racing in Palestine. The documentary Speed Sisters from Lebanese-Canadian director Amber Fares tells the story of a team of four women drivers – Noor Daoud, Betty Saadeh, Marah Zahalka and Mona Ali – and their manager, Maysoon Jayyusi. These women don’t compete with men. They don’t compete with each other – although it seems at times, they do. They compete with the clock and against confinement within the Occupied Territories.

Fares’ documentary covers two seasons in the lives of these drivers, only occasionally acknowledging the brutality of life outside the circuit, notably when Betty, the blonde glamorous ‘cover girl’ of the sport, is shot by an Israeli soldier – you really feel that rubber bullet. Most of the time, they are getting ready for the next race. Mostly, they are supported, though a grandparent is more resigned to one of the racers' pastime.

So how fair are the races? The women are some way down the leader board, but are subject to the same rules as the men. If they disagree with the race official, they have to pay $140 for their appeal to be heard (just imagine that – times one hundred – happening in a football match). Taking the wrong route round the course leads to instant disqualification.

How do you practice? With difficulty! You can’t exactly zoom around the streets – you’ll be stopped at a checkpoint. Even finding a location to hold a race is hard. The second season’s races are held inside a military base.

The film depicts the unintended rivalry between camera friendly Betty – always the one on a talk show – and Marah, building to a final race in which Marah’s car stalls. For the most part, Fares is interested in the taking part rather than the winning, though in interviews, Betty has that being victorious tends to silence criticism. 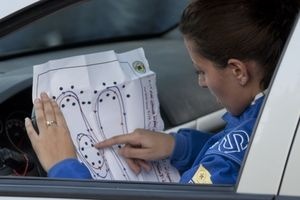 The team was formed when Karen McCluskie, working at the British Consulate in Jerusalem, saw a woman taking part in a race in Ramallah. The documentary doesn’t focus on the formation of the team, rather their participation. The attention that Betty gets causes resentment, but one of the racers finds an alternative interest, familiar to viewers of the Fast and Furious movies - hint: see title of the third in the series.

If Palestine were like any other Arab state, would the women be able to race? I had my doubts. Women enjoy freedoms on the Israeli side; the tolerance of women racers seems like competition. See what Palestine can produce with far fewer resources. You don’t see women racing in Oman or Kuwait. Racing does allow for modesty, being encased in a driver’s jump suit inside a car. I’m not sure how transcendent women’s racing in Palestine really is.

It is clear that the women enjoy their racing. Each one takes it seriously, being disappointed when they have a bad lap. The pastime, for team captain Maysoon leads to love.  The documentary makes it clear that it is not the be all and end all. Two of the women have passes to travel on the Israeli side. A third has to be granted a special permit, with no guarantee she’ll get through. On the other side, the Israelis have the best land – a beach that the majority of the Palestinians are unable to enjoy. Speed Sisters isn’t about religious or political divisions, rather finding pleasure where there are limits. If, in the women’s words, Israeli soldiers weren’t such bullies, life might be better still. 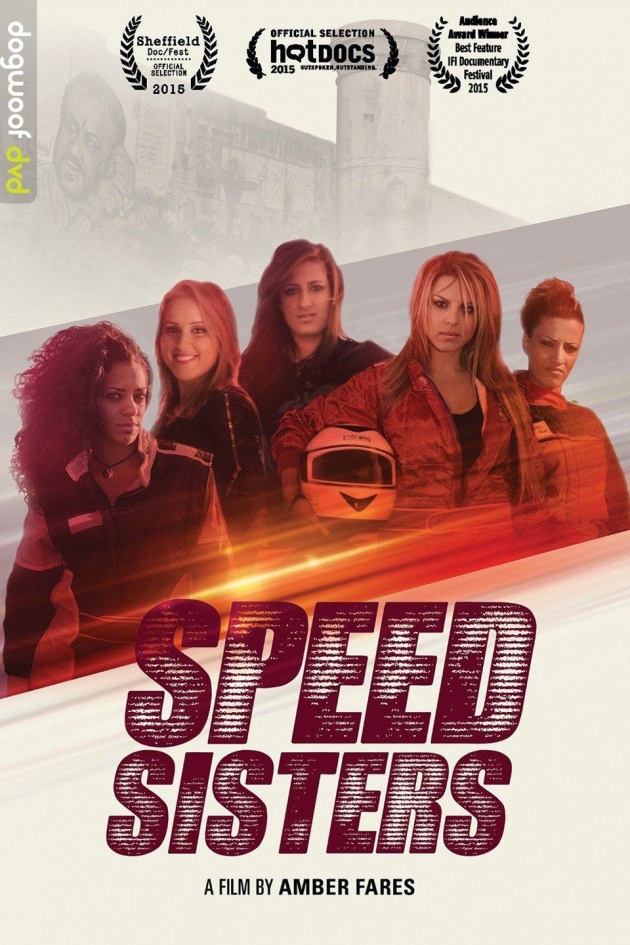