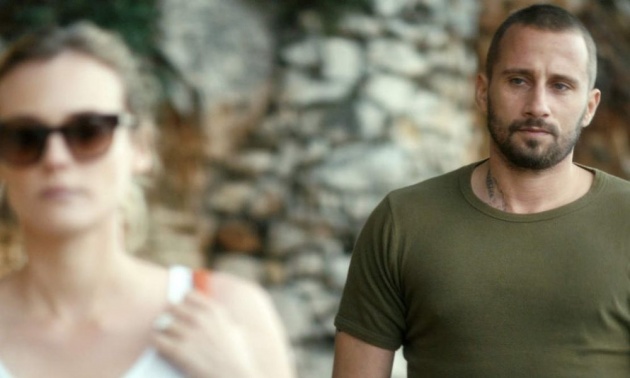 One of the ways of sustaining a career as a director is to team up with a star. When Martin Scorsese has problems finding finance for a movie, he calls Leonardo Di Caprio. It doesn’t matter that Scorsese doesn’t coax transcendent performances from di Caprio each time they collaborate – Gangs of New York, The Aviator and Shutter Island are hardly classics. Scorsese gets to play with a camera, biding his time before he makes a film he really cares out (Hugo, Silence).

So I can imagine director Alice Winocour calling up Matthias Schoenaerts for her next project, whatever that is. Winocour gets a delicate performance out of the Belgian star, not so much the ‘Muscles from Brussels’ more ‘hurt from Antwerp’ (believe me – rhymes are hard)  in her ‘house invasion thriller’, Disorder. Schoenaerts plays a soldier, Vincent, diagnosed with post traumatic stress disorder. He needs his meds. The army won’t let him go back on the front line, so he gets a job as security for a Lebanese businessman who has some shady dealings.

Being a security guard doesn’t come naturally to Vincent, so when a guy turns up who is not on the list, he doesn’t think to check with a colleague. The irate ‘guest’ makes a call, gives the phone to Vincent and Vincent has to let him in. He follows his boss and overhears a heated exchange. ‘How much of that did you see?’ he is asked. ‘Nothing,’ he replies. The day after the party the businessman goes away on a business trip. Vincent is given an offer of additional work, to mind the businessman’s wife, Jessie (Diane Kruger) and young son. Vincent is jumpy in traffic when taking mother and son to the beach. His paranoia is, however, justified.

Security guards live through their earpieces – you’ve seen them, fusilli below the lobe. Winocour gives him movie a throbbing techno soundtrack, courtesy of Gesaffelstein aka Mike Lévy, that gives you something close to Vincent’s own medicated headache. Vincent is a surprisingly intrusive secretary guard, telling the boy to eat his lunch at one point. He is socially awkward, with misplaced paternal instincts, as well as highly strung combat skills.

Disorder, originally entitled ‘Maryland’ after the house in which Jessie and her son live, is an extremely visceral thriller that compares with the best of Hollywood. Winocour cranks up the tension to eleventy-four as Vincent with his pal Denis (Paul Hamy) take on minions upset with Jessie’s husband. 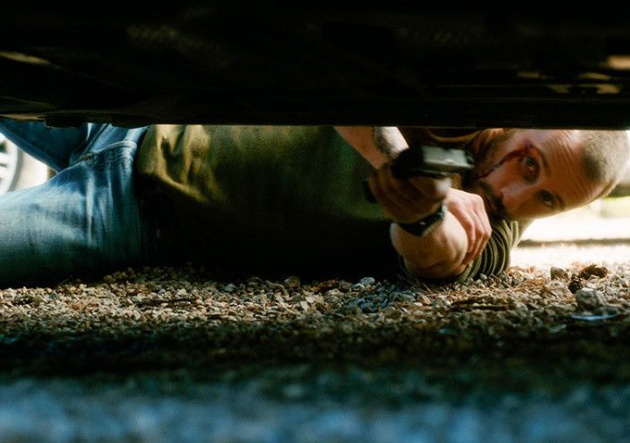 The script (by Winocour and Jean-Stéphane Bron) has contrivances that beggar belief. Would the French police really cease surveillance on the businessman’s house after a failed attempt to kidnap Jessie and her son that resulted in some fatalities? (Vincent is undoubtedly a completer-finisher.) We understand that the businessman has left the country and has some incriminating documents but there must be other ways to get him to come back to France.

Schoenaerts is an action hero in the Kevin Costner Bodyguard mold, minus the embarrassing bit with the samurai sword. He is a man yearning for a home but is a hired hand. The ending puts you into his head space.

Disorder is at heart a genre film and proves that women can direct thrillers as well as men – frankly, better in Winocour’s case. She shows her protagonist fidgeting, restless, also vulnerable. You want to know when he’ll sleep. Winocour doesn’t give him a clichéd redemption story to justify his loyalty to the family. Vincent is more feral, instinctive, as if it is natural for a man to want to protect a woman. The ending of the film puts him in his place. He is just a hired hand. A story will continue without him. In her own way, Winocour has re-invented the samurai movie, updating it for the techno crowd. Disorder is a wowser!