I had posted three blogs regarding the Cebu Safari and Adventure Park last week and I thought I was done but I realized I still have some new informative ideas about the location as my Belgian boss and I talked about it yesterday and we also dealt with how rich the family who owns this park. I totally agree with him on that matter. But this blog is not about the richness of Michel Lhuillier. This is all about the six things a visitor should be aware of before coming over to the Cebu Safari and Adventure Park.

As a newly opened safari-type of park which has hundreds of animals inside in a 170 hectare land area, there will be matters which a guest might miss out prior to coming, certain simple things that are taken for granted because of the excitement of visiting this new and pioneering type because the management is proud to present this as a premier safari park in the country with an international standard that rivals animal parks and zoos worldwide. - cebusafari.ph

James and I were both pretty excited when we went to the park but we were both not eaten up by that emotion, we stayed focus on what we suppose to bring and not to bring as well as listened thoroughly to the reminders provided by the staff during the briefing part. But for those who were a bit of forgetful, I have here some of the important things to be mindful of when visiting the Cebu Safari and Adventure Park.

1. Prepare yourself for a lot of walking. 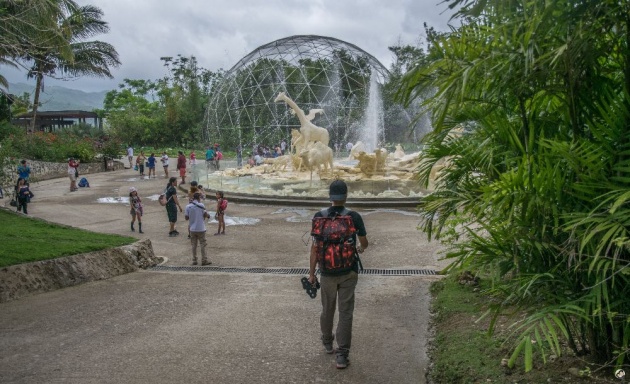 Cebu Safari and Adventure Park again is a 170-hectare land area. Although there are vehicles or trams as what they call them, most of the time, they're full because there are thousands of visitors every single day.

There are numerous trams around and if you are willing to wait, the normal wait time is around 15 minutes because again, most of the time they are full. It is okay again to wait but you got to manage your time wisely that you'd be able to see all of the animals.

Also, a good thing to note is that there are certain parts which you can just walk around instead of taking the trams like if you are coming from the Orangutan exhibit, you can walk towards the Tiger Turf. Or if you come from the Safari Outpost, it is wise to walk towards the Canopy Trail. Don't worry as there's a printed map given before the briefing starts so you'll have an idea of which animals are close to each other.

Now, a lot of waking also means you should dress accordingly, don't wear high heels for God's sake! Wear comfortable clothes and footwear too! You can even wear hats!

2. Bringing of food and water are strictly not allowed! 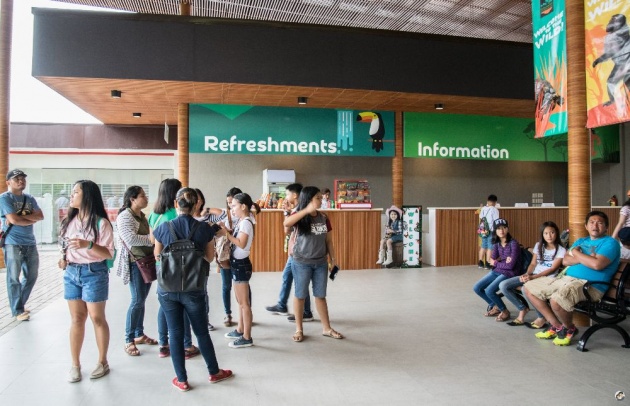 Apologies to those who are easy to get hungry but your packed lunch or packed snacks are prohibited. The Cebu Safari and Adventure Park have a lot of outposts, restaurants and refreshment areas deployed on every section of the park that you can buy whenever is needed.

Water is not allowed too nor does other types of drinks but there's an exemption. Anyone who has an infant with formula sensitive water can bring their special water inside, of course, this will be verified prior to coming inside. 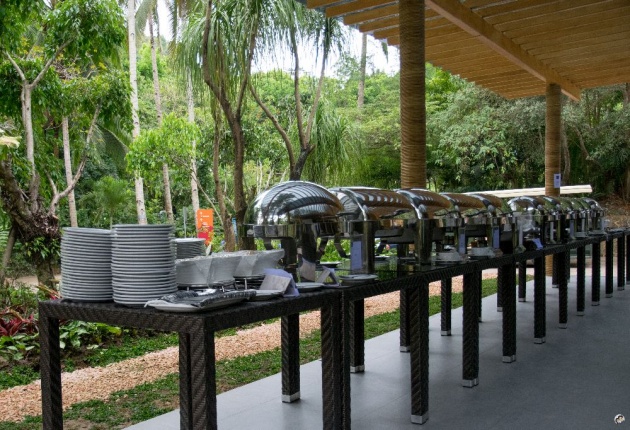 A buffet lunch is also included with the entrance fee so it would be okay to wait for 11 am as lunch is served at that time. But, the drink is not bottomless, it would just be a one round free iced tea so most probably you'll end up shelling out some cash for their Php 40 mineral water!

3. No Selfie sticks or monopods!

Yep, selfie-head! You read it right, you can't come into any animal sanctuary with those selfie sticks. But don't worry because they won't be apprehending any of your photography accessories upon entry, the staff inside these animal exhibits will instead remind those who are bringing them inside.

James and I were bringing our stabilizer which looked like a monopod during our visit so every single time that we get in an outpost, the staffs would remind us to keep the monopods low.

Why would they not allow it? It is for the main reason that some animals think the guests are feeding them when they see these items sticking out. They'll for sure reach for it and you'll lose your device and we don't want that to happen.

4. Strictly no picking of flowers and no touching or provoking of the animals. 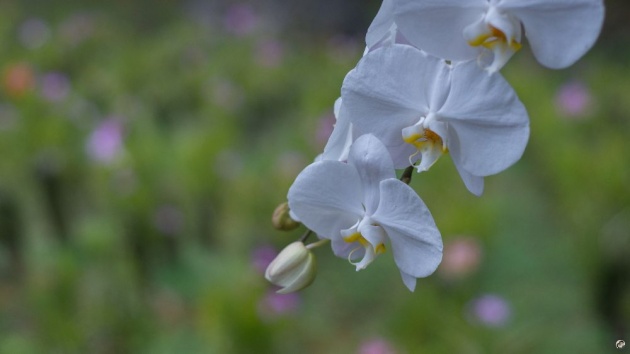 During our visit, the first spot we checked out was Senyorito Michel Lhuillier's 3 decades old orchids landscape! I looked at the roots and they were all stuck into the four ft wood which has been implanted into the landscape. There are hundreds if not a thousand of those which I believe covers almost a hectare and once you get into the garden, you may feel tempted to pick a flower or two to put in between your ears because why not? It looks chic but before you grab that pretty orchid, be reminded that picking up flowers is not a good thing to do, it's definitely restricted! Plus, you don't want to ruin that beauty by picking them up and then what, leaving them down the road if you are tired of wearing it? Don't be a bad girl! 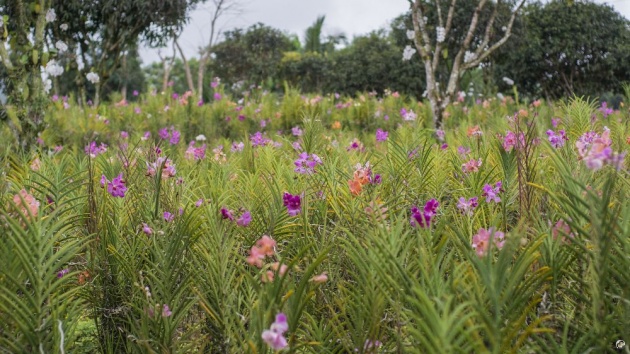 From the management itself: These beautiful blooming 1.2 MILLION orchids are results of a 30-year collection of the owners. If caught, offenders will be escorted out of the park immediately!

Also, as much as you want to pet these safari animals, you should keep it inside to yourself because Cebu Safari and Adventure Park adhere to keeping the animals in an environment close to the Safari standards. These animals are not tamed nor trained so an attempt to get near them is seriously a crazy act! Be mindful of the distance and just keep out of reach!

There's no smoking area provided thus you have to wait for your tour to end before you can light up a stick! Be very concern with your environment especially that there are kids around. Better yet, do not bring any stick or lighters with you!

Note that there are guards with real guns just randomly roaming around the area. So although there are spots which looked like a thick forest and you may think it is okay to smoke, you might get caught and will either be advised to stop or they might just shoot you, just kidding.

Smoking is a big threat to the park as there are lots of dried leaves here and there, if you throw a little stick which has not been burnt out, it might cause a big fire! Remember Mt. Pulag?

6. Have Fun and Take lots and lots of photos without flash! 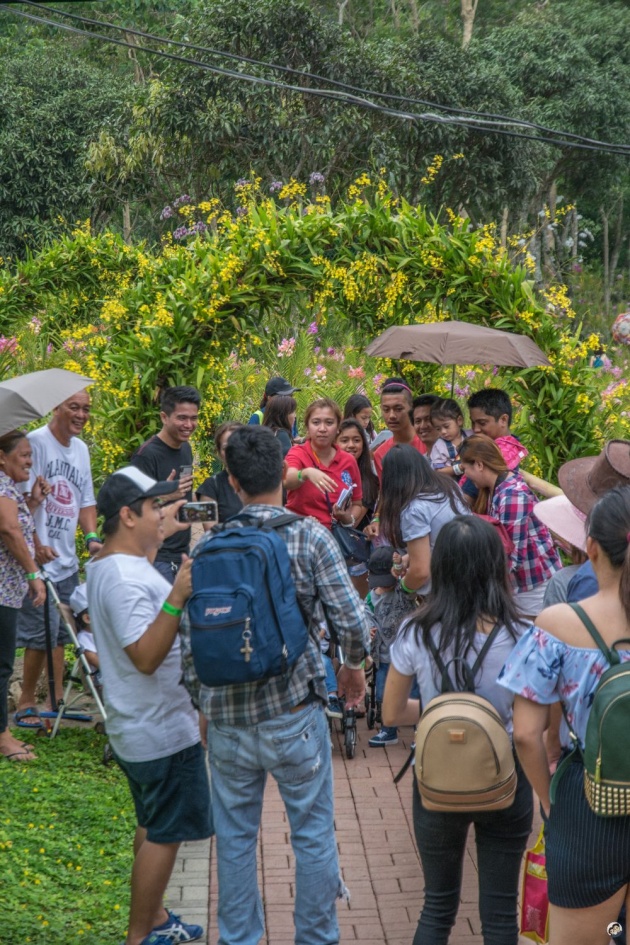 Above all, the most important thing is to have fun, learn as you seek each animal along the way and take lots of shots but again, no flash photography!

There are also official photographers stationed randomly around and they will take photos of you with their animals. They'll scan your wristband which contains your unique identifier so as soon as you arrive at a photo booth, you can get your photo printed for Php 250 each! 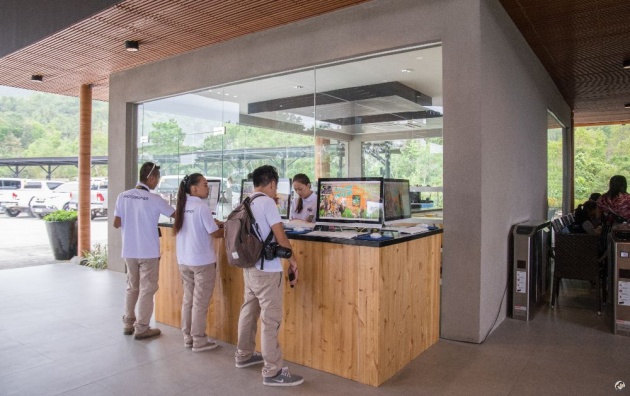 Alright, that's it! Don't even try to tell me you were not warned at all! Peace out guys! Don't forget to visit the Cheetahs!

Read my other blogs regarding the Cebu Safari and Adventure Park below:

Also, here's a Querlo chat survey for you! Don't forget to participate: