7 Interesting facts and things about Cricket

Cricket is a popular “bat-and-ball” type of game enjoyed by millions of people. This is already a given since the sport is played in different nations – with each having their own national teams. However, this post will not list what those countries or places are.

This post will not discuss or focus on cricket aspects such as laws, regulations, game format, governing body, record-holding players, and other of the game's similar facets. Such information is already fully explained on numerous online channels – and other members of the site (Bitlanders) have already published such posts.

Instead, this post focuses on facts and trivia of the sport itself that would surely be of interest to new fans who are just starting to enjoy the game. In fact, even seasoned enthusiasts may also find the information listed herewith as new and significant that they can add to their cricket “remarkable things to know”. So sit back, relax, and have fun reading these cricket fascinating details.

1. Cricket is still the national sport of England

Although cricket currently ranks as number 4 in terms of viewership in England, it has always been the national sport of the country since the latter part of the 18th century.

The precise origins of cricket have been debatable for the longest time. But many believe that the game was first played in 16th century England – at the southern part of the country. This time period also coincides with the British Empire’s territorial expansion and might explain why cricket is popular in many parts of the globe. At one point, the British Empire is the largest empire in the world covering up to one fifth of the earth’s population. Naturally, the country’s cultural influence has spread over its territories and colonies.

Nowadays, the sport is losing popularity in England and falling behind football, rugby, and tennis. According to some analysts, this is because of lack of exposure, success, and funding.

2. India and its Cricket record

If cricket is losing popularity in England, the same cannot be said in India. The sport remains the most popular one in the country and its national team has won different championships through the years. As of writing time, India exclusively holds the title of being the only country to win the 20-over, 50-over, and 60-over world cup.

Interestingly, the country won its first ever Test match in 1983 and won it again in 1986. 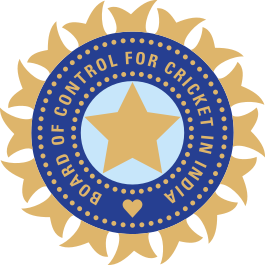 A slideshow of India’s national cricket team uniform from 1983 to 2015
(Video Source: YouTube.com)

Aside from England and India, cricket is also popular in Pakistan, Afghanistan, Canada, and West Indies (among others).

West Indies is often shortened to WIndies. The country's national cricket team has been considered as one of the strongest in the cricketing world.The team won the first ever Cricket World Cup held in 1975 – as well as the next (second) one in 1979. Unfortunately, even though it is considered as one of the strongest, the team has not won another world cup championship since 1979.

Meanwhile, Australia's national cricket team is another tough team to beat in the cricket world. Besides West Indies, Australia's team is the only other country to win back to back Cricket World Cup Championship (1999 and 2003).

• Won the most world cup (7 championships)
• Only country to achieve a 3-peat (winning 1999, 2003, and 2007) Please note that cricket’s world cup is held every four years
• Most consecutive wins (27)
• Has the highest points scored (417-6) in a Cricket World Cup against Afghanistan (unfortunately, Canada is probably not proud to have the lowest points scored in a world cup during their world cup match with Sri Lanka last 2003)

Notice the numerous “1” in the subtitle? Those are not just a bunch of number 1s written randomly. On 11:11am of November 11, 2011, the scoreboard shows that South Africa needed a 111 runs to win over Australia.

The Test match between the two teams are held in Cape Town.

6. Coincidence in birthdate and career runs

Speaking of figures, the birthday of former captain of England cricket team (Alec James Stewart) coincides with his entire career runs. He has 8,463 career runs and his birthdate is 8/4/63. On top of this, in terms of Test matches, he holds the record for most capped English cricketer. He is the only person to have this kind of record in cricket or in any other sports.

Ever heard of renewables? How about the recently held Cop21 in Paris? Many national governments are now looking into environmental friendly renewable energy and gradually transitioning away from conventional and dirty fossil fuels. One form of renewable energy is solar power – and this particular type is utilized in a cricket stadium in Bangalore.

Bangalore’s Chinnaswamy Stadium is the first solar powered cricket stadium. This cost effective and environment friendly stadium has a seating capacity of 36,000. Aside from hosting world and first class cricket matches, it can also be used for other functions such as cultural and musical events. The stadium is government owned (Government of Karnataka) but is currently leased to the KSCA (Karnataka State Cricket Association) for 99 years.

(Image Source: Google.com – a photo of the stadium. Notice how large it is)

(Video Source: YouTube.com – a night practice session in the stadium)

That’s just about it. Cricket is a sport whose popularity and fan-base spans numerous countries. Although its exact origins cannot be precisely traced, numerous historical references suggests that it was played as early as 16th century. Cricket is enjoyed by millions of people and millions of players have already been part of this sport.

Interested? Good! The following are additional interesting posts about cricket from fellow members: