8 Documentary Shorts Get Shortlisted for Oscars 2013 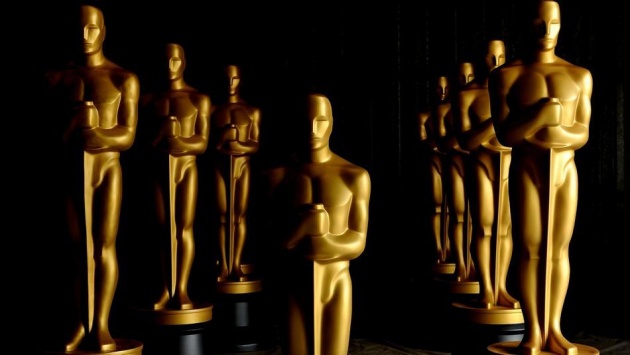 The Academy of Motion Picture Arts and Sciences revealed the eight films shortlisted for the Documentary Short Subject category.  From the eight movies, three to five will get nominations.

And the eight films shortlisted are (with summaries taken from IMDB):

Ra Paulette digs cathedral-like, 'eighth wonder of the world' art caves into the sandstone cliffs of Northern New Mexico. Each creation takes years to complete, and each is a masterwork. But patrons who have commissioned caves have cut off nearly all of his projects due to artistic differences. Fed up, Ra has chosen to forego all commissions to create his own Magnum Opus, a massive, secret and unauthorized 10-year project.

The worlds of a former neo-Nazi and the gay victim of his senseless hate crime attack collide by chance 25 years after the incident that dramatically shaped both of their lives. They proceed to embark on a journey of forgiveness that challenges both to grapple with their beliefs and fears, eventually leading to an improbable collaboration...and friendship.

A documentary illustrating how a screenwriter suffering from Lou Gehrig's disease communicates with the world.

'Karama has no walls' is set amidst Yemen's 2011 uprising. The film illustrates the nature of the Yemeni revolution in stark contrast to the gross violations of human rights that took place on Friday, March 18th 2011. Juma'at El-Karama (Friday of Dignity) marks a turning point in the Yemeni revolution as the tragic events that took place on this day -when pro-government snipers shot dead 53 protestors - shook the nation and propelled hundreds of thousands more to flock to the square in solidarity with their fellow citizens. Through the lenses of two cameramen and the accounts of two fathers, the film retells the story of the people behind the statistics and news reports, encapsulating the tragic events of the day as they unfolded.

“The Lady in Number 6: Music Saved My Life,” Reed Entertainment

The Lady In Number 6 is one of the most inspirational and uplifting stories of the year. 109 year old, Alice Herz Sommer, the world's oldest pianist and Holocaust survivor shares her story on how to achieve a long and happy life. She discussed the importance of music, laughter and how to have an optimistic outlook on life.

Prison Terminal: The Last Days of Private Jack Hall is a moving cinema verite documentary that breaks through the walls of one of Americas oldest maximum security prisons to tell the story of the final months in the life of a terminally ill prisoner and the hospice volunteers, they themselves prisoners, who care for him. The film draws from footage shot over a six-month period behind the walls of the Iowa State Penitentiary and provides a fascinating and often poignant account of how the hospice experience can profoundly touch even the forsaken lives of the incarcerated.

A community of tsunami survivors holds onto its existence through pictures recovered from the debris.

Depressed and frustrated with his life, Dr. John Kitchin abandons his career as a neurologist and moves to Pacific Beach. There, he undergoes a radical transformation into SLOMO, trading his lab coat for a pair of rollerblades and his IRA for a taste of divinity.

We'll find out on Jan. 16, 2014 which documentary shorts make the final cut when the Academy announce the official nominations for teh 86th Annual Academy Awards!