A brother and sister in the Philippines invented a lamp that runs entirely on metal and salt water. Read More!

How do you light your home when you don't have electricity, and you can't afford gas?

It's an ordinary handheld lamp, with one big difference: It requires no fuel.

Instead, it's powered by a few strips of metal. And salt water.

The lamp was designed by brother-sister team Raphael and Aisa Mijeno.

The Mijenos live in the Philippines, where many rural communities don't have access to electricity.

When Aisa embedded with one such community while working for Greenpeace, she realized there was a major problem that needed solving:

Living without electricity forces residents to use kerosene-powered lanterns as their primary light source. But acquiring kerosene can be a huge challenge if you don't have access to transportation, as many in those communities don't.

"What the people do is, they walk for 12 hours just to buy a bottle of kerosene," Raphael told Upworthy. "And that's good for two days."

Salt water, however, is as cheap and plentiful.

"In the Philippines, even in [low-income households], you will surely find three things: water, rice, and salt," said Raphael.

The lamp can run for eight hours at a time on one glass of water and two teaspoons of salt.

Two different types of metal are submerged in the salt water. This throws off excess electrons, which then travel from one metal to the other via a wire, producing electricity that powers the LEDs.

According to Raphael and Aisa's company Sustainable Alternative Lighting (SALt), unlike kerosene lanterns, the salt water lamps are not a fire hazard and can safely be set up inside the home.

The lanterns are also versatile. People living in inland villages can use homemade saline solution to power the lamps. Those in coastal communities can simply use ocean water.

They even contain a USB port that you can use to charge your smartphone.

The electrode rods in the lamps have to be replaced roughly twice a year, but the Mijenos expect that to prove more convenient and cost-effective for families in rural areas than buying gas for a traditional fuel lamp.

Raphael says the lamps are generating lots of interest around Southeast Asia and India.

SALt has big goals. Aisa and Raphael hope to eventually build a salt-water-powered generator that can power a whole house.

After that, perhaps a salt water power plant.

But for now, they're getting ready to (hopefully) put the lamps into mass production.

According to Raphael, they're already getting major support from start-up incubators across East Asia, as well as grants from organizations like USAID.

"We're looking to get the final prototype out before the year ends," Raphael told Upworthy.

If they do, thousands in the Philippines, and potentially around the world, could benefit tremendously.

Aisa Mijeno with residents of un-electrified Barangay Gabi and a prototype lamp. 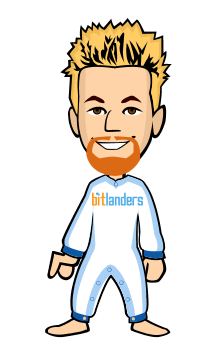 Life has to end, love doesntTuesdays with Morrie *Image is credited to rain tajon via www.bitlande…

Most of the people here in the Philippines is somewhat nostalgic about our president, but I always q…

15 Truths You Will Understand If You Have An Elder Brother

Brothers. The nice ones. The naughty ones. The mischievous ones; the protective ones. Theyre the you…