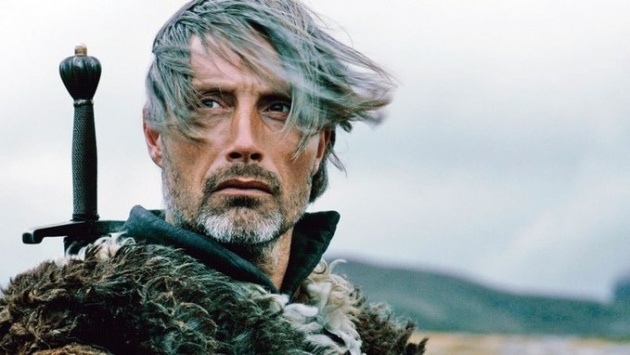 When you watch hundreds of movies a year, have a mental catalog of thousands, certain players in the films' productions stand out over time. A certain director, writer, producer, actor or actress, even the director of photography/cinematographer if you really go all in, will emerge as somebody to follow, or to research. On screen, it's the charisma the player exudes, and behind the scenes, I suppose the same could be said but it's also a lot of the little details and patterns those folk bring to the table. These stand out people inspire the viewer to take in the whole oeuvre, from masterpiece to shlock.

Having watched five of Danish actor Mads Mikkelsen's films, I am not only inspired to share a few thoughts on the guy, but to watch more of his films and to continue to follow his career as an actor. The 1970s-early1990s Robert DeNiro and the Toshiro Mifune of Akira Kurosawa's are two actors for me that have displayed such an ability to sucker me in completely. All three actors have a great masculine presence physically, yet can just as easily mix in moments of earnest tenderness, humility and comedy as they can be badasses. 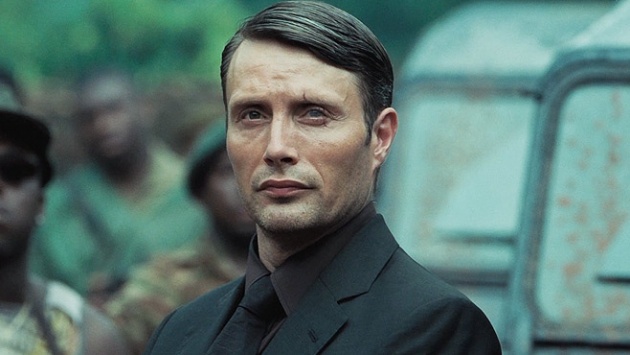 The first film I saw Mr. Mikkelsen in was "Casino Royale." Made in 2006 and the first Daniel Craig 007 film, Mads' villainous 'Le Chiffre' is everything a Bond villain should be. The character can even weep blood! He is totally convincing as a creepy, smarmy European scumbag. Next up for this viewer was the first new "Clash of The Titans" in 2010 where Mads plays the human Draco and is frozen by Medusa and smashed in self sacrifice to the winning cause. Mads' Draco is braided up and looks as tough and buff as the warrior part calls for. 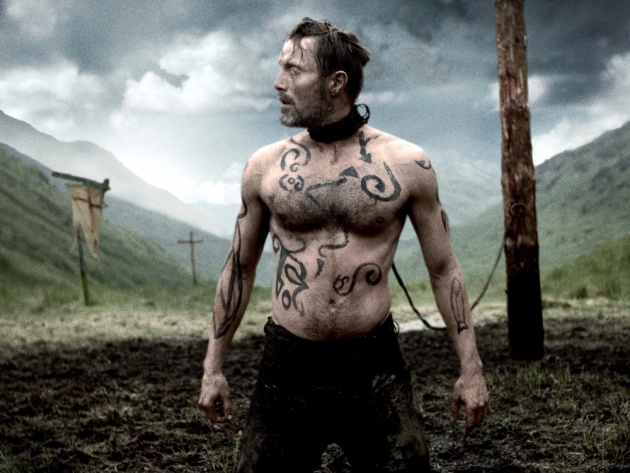 "Valhalla Rising" (2009) needed an actor who could carry the film, in the general absence of dialogue, and Mikkelsen provided as 'One-Eye,' a Norse-man fighting the Crusaders. He is  again physically and mentally fierce but also has the sub-plot of caring for an orphaned boy. 2013's "Age of Uprising," as the main character Michael Kolhaas, Mikkelsen again perpetuates these same qualities who is at once a loving and doting father and husband, and when circumstance dictates, a ruthless hunter and killer. The fifth film I've seen of his so far is the Oscar nominated "The Hunt" from 2012, for which he won the Cannes Best Actor. Mads' range as an actor in this film is more challenging because, although he does, it doesn't require him to take of his shirt to prove his masculinity. His face carries him as Lucas, a kindergarten teacher wrongly accused of sexual relations with a child who has to deal with a whole community that seems to buy into the accusation overnight. Mikkelsen is extraordinary in this role and is what sold me on watching him for years to come and even going back to check out the early work! 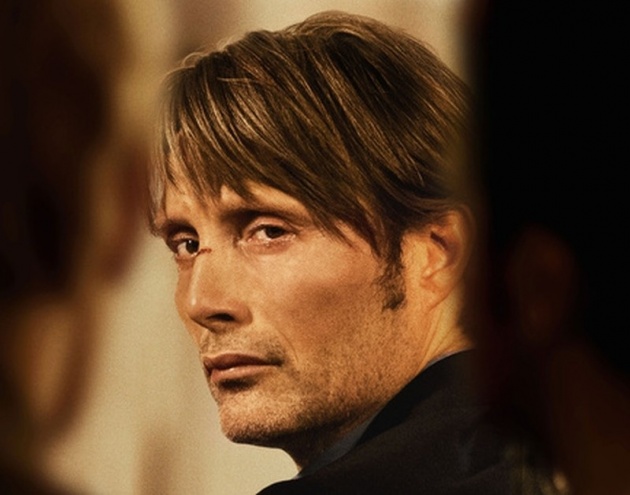 You may peruse my past blogs @ http://www.bitlanders.com/Baxter_Martin/blog_post