A Worth While Wait by Matthew Gudwin

The previous episode  Room to Grow

In the Far East a number of prominent families from Baghdad had made Hong Kong their home.  While in Hong Kong our character met a man named Horace Kadoorie whose family owned hotels and the China Light and Power Company.  This was a big deal because our character’s family knew this family and they happily took him under their wings.  He knew that if he was ever going to have a chance at getting settled properly in Hong Kong, they were his best shot.  One day during lunch he talked to his friend candidly.  In the end they came to an understanding.  Horace knew that our character was a good and honorable person who would make good use of their help.  He also knew that our character wouldn’t take advantage of them or conduct fraudulent business practices. 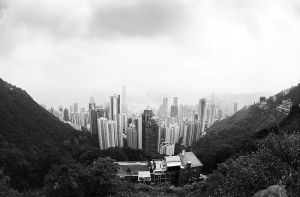 At first Horace’s family was able to set our character up with an office in one of their buildings.  The problem again was the inability to have a telephone line in the office but $6,000 took care of that complication which allowed our character to sneak a line in.  Of course it is never right to buy your way out of trouble but the way our character must have looked at it, this was just ridiculous and unnecessary to keep him from the outside world.  He needed a phone and was going to do whatever it took.  His friend’s family also helped to find him a place to live.  After a temporary stay at a nice hotel named The Peninsula, which was owned by a company the Horace’s family controlled, they set him up in permanent housing fifteen minutes outside of Hong Kong in a hotel named the Repulse Bay Hotel.  He was in heaven and after two months of headaches he was finally settled.

Our character remembered Hong Kong as a colony that was ran by the British.  However local banks in which our character conducted business in were all, for the most part, owned by the Chinese.  Like the United States, Hong Kong also had restrictions on importing gold, which made things a little more complicated for our character.

In the next episode we find out how our character deals with even more complicated business issues.  Nothing worthwhile comes without headaches and trouble.  As we learned above and in the previous episodes, difficult situations require hard work but in general can pay off.