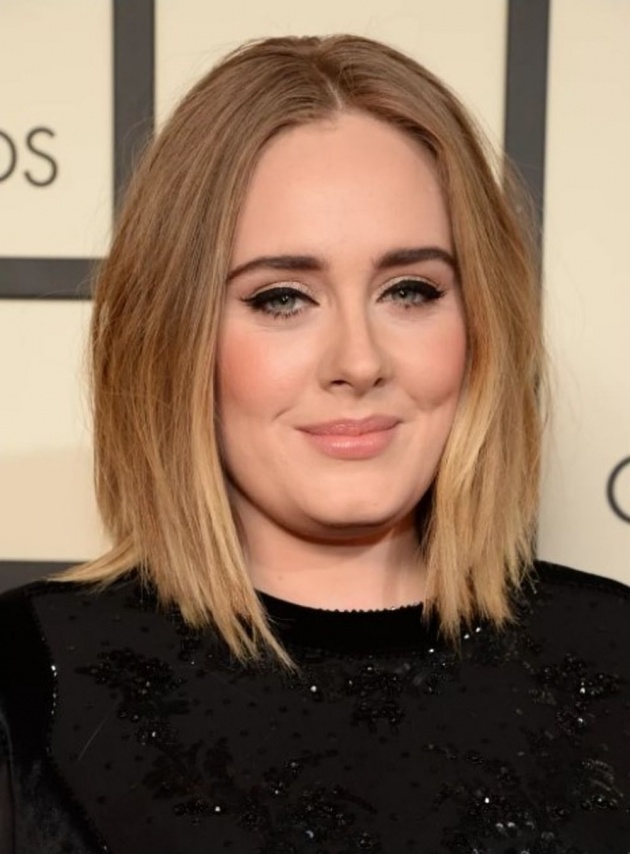 Hello Friends, I hope you are doing fine.  Today, I have come up with my another new blog with the title of "Adele - Voice From The Heart".  Friends, in just ten years, Adele has managed to reach a show biz status that many artists dream to achieve.  She is a famous singer and songwriter having strong interest in different music genres such as "Pop Music", "Soul Music", "Blue Eyed Soul" and "Rhythm & Blues".  In a short span of time, she has acclaimed worldwide recognition and her fans are present all around the globe.  She is a winner of several "Grammy Awards" as well as "Golden Globe award", "Academy Award", "Brit Award" and many other accreditations and certifications wherever the music is loved.  Adele's songs videos are among the most watched videos on "youtube.com" and the number of viewers for some of them have crossed "One Billion" mark.  This is so because Adele has a unique stadium filling voice and singing style that makes her more awesome among many other artists of the current era.  She has had many ups and downs in her life and that has made her stronger to face challenges in life.  She maintains a somewhat low profile as compared to other stars and now after having started her family, she is more interested in a peaceful life and the fact that major share of her wealth comes from the music tours she has been conducting, makes this notion stronger that she likes to stay away from the lights of stardom.  She appears less on the screen but when she does, she mesmerizes the audience and that is the charisma that makes Adele special among others.  She is more interested in her music than any other thing and does not like to gossip around.  In this blog, I shall highlight Adele's career, her journey towards fame, her efforts for recognition in the music world and her early life. 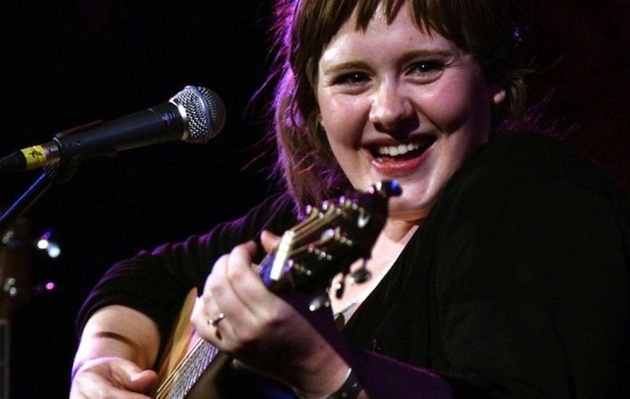 Adele was born on May 5, 1988 in Tottenham, London.  Her parents named her "Adele Laurie Blue Adkins".  His father, Mark Evans was from Wales and her mother, Penny Adkins is an English woman and was just 18 years old when Adele was born.   Adele was raised by her mother who worked as a furniture maker and also as an adult learning activities organizer.  Her father left the family when Adele was just two years old.  Her mother, devastated and anxious, but decided to show courage and took full responsibility of her girl's brought up.  Adele is always thankful to her mother for her efforts and sacrifices in raising her up.  In the early age, Adele showed interest in Music.  Initially, her favorite was pop music band "Spice Girls" in her early age but as she grew older, when she was about 14 years old, she found out the music collection of an American R&B and Jazz artist "Etta James" and got very much impressed.  At this time, she had decided to be a singer and songwriter.  She got admission in the "BRIT School" for Performing Arts & Technology in Croydon, England.  While she was there, she started writing, composing and singing her own songs and then shared on social media. She was widely appreciated on social media and that was how after graduating from Brit School in 2006, she got the opportunity to sign recording contract with "XL Recordings" London in 2007.  Adele then started working on her first studio album and showed sheer effort and determination which resulted in winning "Brit Award" and "BBC Sound of 2008" for her. 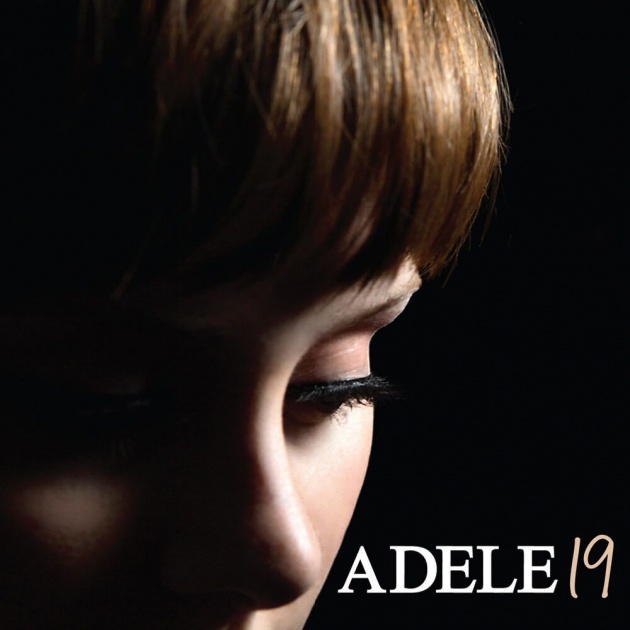 Adele released her first music album with the title of "19" in January 2008 under the banner of "XL Recordings".  She was just 19 years old at the time of her first album and that is the reason why she titled her album according to her age and this album was her first international appearance.  This album contained 12 tracks and Adele penned the most tracks out of them.  The songs were liked by many and Adele became quite successful in this first endeavor.  This album was based on "Blue-Eyed Soul" genre of music entertainment.  This album proved to be a milestone for Adele's career as it was widely appreciated and praised worldwide.  The album made a very good progress and sold over 7 million copies around the world.  This album made a lot of music lovers fan of Adele and generally it got positive reviews from the music critics.  Adele released four singles from this album.  First single, "Hometown Glory" released in 2007 and "Chasing Pavements", "Cold Shoulder" and "Make You Feel My Love" released in 2008, all made good progress on "UK Singles Chart" as two of them reached within top ten spot and one song "Chasing Pavements" also managed to get entry into "USA Billboard Hot 100" as Adele's first ever appearance on USA Music Charts.  Adele managed to receive many nominations for international awards and certifications for this album.  Some accreditations and awards Adele received for this album are as under:

♦     It was certified as 8 Times "Platinum" by the "British Phonographic Industry (BPI)".

♦     Declared as the third "British Musical Invasion" of the United States. 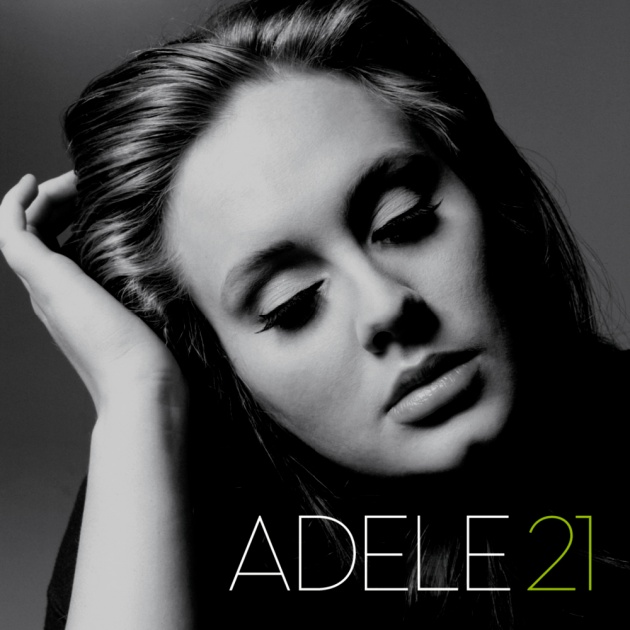 Adele released her second studio album with the title of "21" in Europe under the banner of "XL Recordings" in February 2011.  For this album, she signed the deal with "Columbia Records" for releasing this album in the United States under their label which subsequently entered into the US Markets in February 2011.  Again, this album was titled "21" because of the age of Adele at the time of album's release.  This album contained 11 tracks and was based on "Blues Music" with a touch of "Country Music" as well as "Folk" and "Soul Music".   Adele co-wrote the songs and also got the help of other Producers and her Recording Companies to finish the album.  The untiring efforts of Adele brought fruits and this album became the  "Best-Selling Album Of The Year" around the world for the years 2011 and 2012.  This album was declared to be phenomenal and topped the music charts in many countries.  This album managed to sell more than staggering and whopping number of 31 Million copies worldwide.  The music lovers as well as music critics around the world appreciated and praised the album so much that it became the "Most Certified Album Ever" by touching the number of certifications to more than 400 across the globe.  The music world had tasted a new form of vocal quality and unique style of singing in the form of Adele and she became the household name in every corner of the world.  Adele released five singles from this album and three of them  "Rolling in the Deep", "Someone Like You", "Set Fire To The Rain" (video below) all managed to reach top spot in the Music Charts of many countries and became an "International Number One Song".   Another released song "Rumour Has It" managed to reach within top 20 spot in Europe and in the United States.

This album proved to be another big milestone in the music career of Adele and the doors of international stardom opened for her.  The feast of achieving six Grammy Awards is a unique achievement as no other artist of British origin has reached this height of fame ever in the history of "Grammy Awards".  This album is considered to be one of the "Best-Selling Albums" ever.  Here are some highlights of the mind-blowing accreditations and awards Adele received for this album:

♦     Inclusion in "Rolling Stone" at number six on its list of "Women Who Rock: The 50 Greatest Albums of All Time".

Adele released her third studio album with the title of "25" in November 2015 under the banner of "XL Recordings".  Adele titled her album "25" according to her age as she was 25 years old at the time of producing and releasing this album.  The theme of this album was based on her own life, the experiences she had in her life, nostalgia and regrets.  This album contained 11 tracks and also had a touch of "R & B" music with some mixing of her new rhythmic tunes.  This album was also praised by all Adele's music fans and general music critics around the world.  This album was declared as a commercially "Hit" album and managed to sell more than a massive number of 21 Million copies worldwide.  This album is also considered to be one of the "Best-Selling Albums" ever and still, is in popularity.  Adele released four singles from this album "Hello" (video below), "When We Were Young", "Send My Love (To Your New Lover)" and "Water Under the Bridge".   Out of four released singles, "Hello" which was released in October 2015, turned out to be an international craze and sold more than 12.3 Million copies worldwide.  It debuted at number one spot on the "USA Billboard Hot 100" becoming the 4th number one spot reaching song of Adele in the United States.  It's viewership on youtube.com has also crossed 2.2 Billion.

Adele's album "25" was a phenomenal album which peaked at the Music Charts in the United States, the United Kingdom, Germany, France, Australia, New Zealand, Canada and South Africa apart from many other countries.  This album created such a charisma that other artists such as "Justin Bieber" and "One Direction" had to push back their music albums in order to avoid Music Charts competition with Adele.  It also remained one of the fastest selling albums on "iTunes".   This album broke many records such as in three years i.e. 2008, 2009 and 2013, this album sold more copies just in its first week than any other album managed to sell in the entire calendar year.  The list of Awards, Accreditations and Certifications is huge that Adele received for this album.  However, some special accreditations and awards Adele received for this album are as under:

♦     Certified as "Diamond" by "Recording Industry Association of America (RIAA)".

♦     Certified as "Quintuple Platinum" by the "British Phonographic Industry".

Adele is a famous music sensation and a legendary singer and songwriter.  She is an active Philanthropist, Social Worker and a Political Activist.  She is associated with various charities and research programs and contributes in fund raising for noble causes to serve humanity and performs concerts to make donations in different charities.  She is married to a Charity Entrepreneur and is a mom who takes active part in household activities with her family.  She belongs to a family which does not have a music heritage and Adele achieved success through her ability and sheer determination.  She is a multiple Grammy Award Winner but owns a down to earth approach.  She is an awesome personality with a salty vocabulary, a fact which is loved the most by her fans. She is a singer who has flexible voice and her tunes are tasteful arrangements combined with her ability to channel her emotions and expressions.  She is a role-model for many junior artists around the world because she is a very strong personality who attracts the listeners and has the charisma to sell records in huge numbers with her mesmerizing and unique style of singing.

This Blog was written by "Rafaquat Noman" (a Resident of Saudi Arabia and a Traveler) for "bitlanders".  If you wish to join bitlanders.com, "Click Here".