Alessandro Fatichi on MortorSport, Car Races, and his Projects for 2015

Alessandro Fatichi has been racing cars in Italy since 2010. He has also worked in the financial sector since 1986. He talked to us about his passion for motorsport, racing with his team and what the future holds for him.

bitLanders: Tell us about yourself and how you enter the world of MotorSport .

Alessandro Fatichi: My passion for racing cars and competition arose when I was young and had fun playing with model cars.  With time, this passion has become stronger and stronger. I have always followed most of motorsport, from Formula 1 to Rally, from NASCAR to IndyCar, including races like the 24 Hours of Le Mans and the Indianapolis 500.

In 1999, with my close friend Marco Becheri, we built Nuvolari.net, a website that collects news and statistics from the world of motorsport.  As a hobby, I used to go motorcycling on circuits.  Then in 2010, my childhood dream, racing, started this adventure in the world of rallying.  My debut took place in the Rally of Casciana with a victory in our category with Marina Cheli as the navigator. Then, I raced with Marco Becheri, Roberto Franchi, Serena Martinelli and my current co-driver Cristian Pollini, with whom I have also established a beautiful friendship.  I must say that some credit for the realization of this dream goes to Francesco Rulli and all the staff at bitLanders that, during those years, have supported us in this adventure. 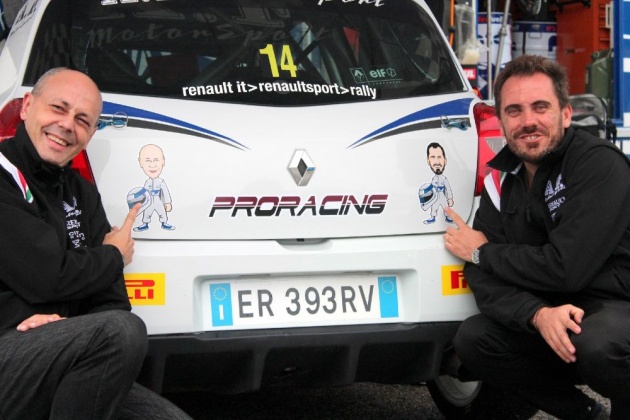 Alessandro Fatichi and Cristian Pollini, and their bitLanders avatars.

bitLanders: Tell us about your team and how it is organized .

Alessandro Fatichi: After several experiences in Tuscany, I have raced with AF Motorsport since 2013, with a Venetian team made up of a group of guys with high professional qualifications first on production cars and since 2012 in the field of rallies.  The team provides the car and all the assistance during the competition. The staff present at the time depends on the type of competition and the number of cars.
Motorsport is linked to the AF structure Rallyciak Mattia Collavino that takes care of the photos and videos. They are exceptional in making the video summary of the event. The memories are always very beautiful and special.  In the car, we always install two cameras, one that shoots from the cockpit and one facing the crew. It's very funny to see the facial expressions that we do during the race. 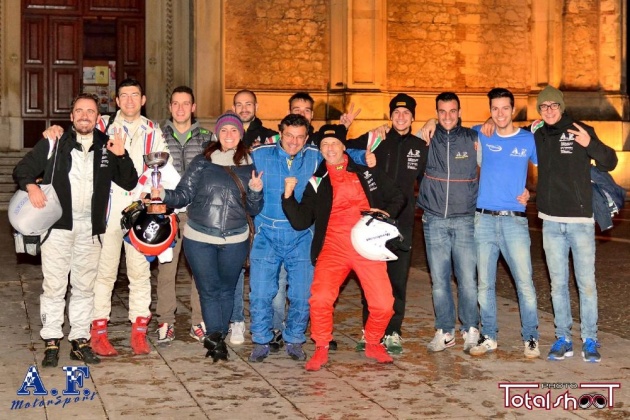 bitLanders: What did you achieve in 2014?

Alessandro Fatichi: In 2014, I made all races in northern Italy with the AF Motorsport and always with their Renault Clio R3C. In August, I also raced in an uphill race, as a test and training for the last rally of the season.  By my side is Cristian Pollini, a top-notch navigator who taught me a lot - and still is - about race pace and how to stay in the car.  In the last two races of the year, we had two important results with the class victory in the Rally Due Valli in Verona, a race valid for the National Rally Trophy, and the second place in our class at the Ronde City of Palladio trailing by just two seconds behind the winner. 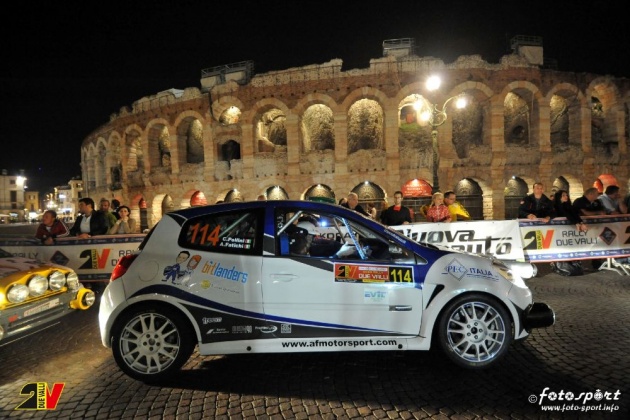 bitLanders: What are your plans and projects for 2015?

Alessandro Fatichi: For 2015, we are discussing whether to do a race outside of Italy, as it is a bit difficult due to budget issues. It is much more likely that we'll continue with competitions in northern Italy.  The goal is always to do different races to enhance the experience and the difficulty at every race.

The desire for the future is to make an international race. The dream would be one in the World Rally Championship. We are lucky to have created a united group with whom we can share these dreams and passions, combined with the professionalism and the pleasure of being together.  I thank them all for creating this beautiful team.