All you need to know about the Apple Event 2017.

Living in this World we’ve seen changes in our life and also noticed that day by day our lives are moving towards the advancement and technology. The World before five or ten years and the World today is totally different and quite innovative. The modern and latest example are smartphones, the way they’ve reached to the new heights of improvisation and technology, they have become the essential part of our life. No matter where you are, you can browse, cover and find anything in the World whenever you want. My today’s write also highlights the latest development and advancements in the current World.

If you are a smartphone user then I am sure you come to know every year by the latest releases and advancements made in smartphones. The major releases comes by the two biggest tech giant companies Apple and Samsung which are arch rivals of each other and operates on two different operating systems iOS and Android. These OS are leading in the smartphone market and the new releases of this event easily made them appeared in the headlines of the World. Being the biggest tech companies of the World, it is obvious that they are leading in the smartphone technology and the new developments, that’s why people from all around the World follow this event to discover the new technologies and developments made in this World. So here’s all you need to know about the Apple Event 2017: 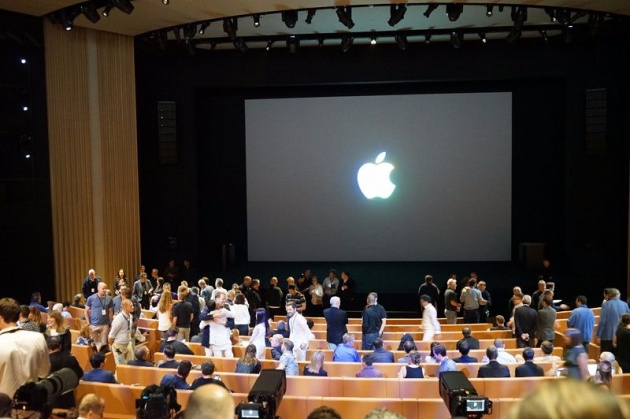 The Apple Event was held on Thursday 12th April. The first interesting thing about this event is that this event was held on the theatre built on the name of Apple Company’s Co-founder Steve Jobs situated at the Company’s new headquarter in Cupertino, Calif. Unlike the last event which was held at Bill Graham Auditorium in San Francisco. Although the Steve Jobs Theater was smaller than the past events but it was design phenomenally. The entrance was a circular glass building that serves as the grand entrance and the curved staircases let you the actual theater. The seat price to attend the event live was around $14,000. 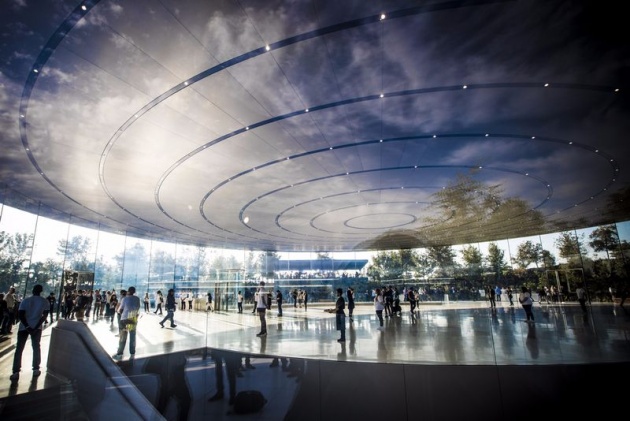 The outside view of Steve Jobs Theater situated in Apple Park, Cupertino.

Coldplay was played before the starting, which generated a pleasant atmosphere and a chilling vibe at the theater. And the C.E.O walks out… and came upon the stage. The event was started on an emotional note as the C.E.O Apple Inc. Tim Cook started paying tribute to the Co-founder and former Chief Executive Officer of Apple Inc. the Late Steve Jobs. We began with two minutes silence as we listened to Steve Jobs talk, Cook said. He started off his talk with the storms that ravaged Texas, Florida and the Caribbean. He said “they are in our prayers, we’re working with Hand in hand and Red Cross and you can also donate via iTunes and the App Store”.

We dedicated this theater to Steve Jobs because we loved him and because he loved days like this. Steve showed an uncanny ability to unlock the talent he worked with. Today, and always, we honor him. Tim Cook said. 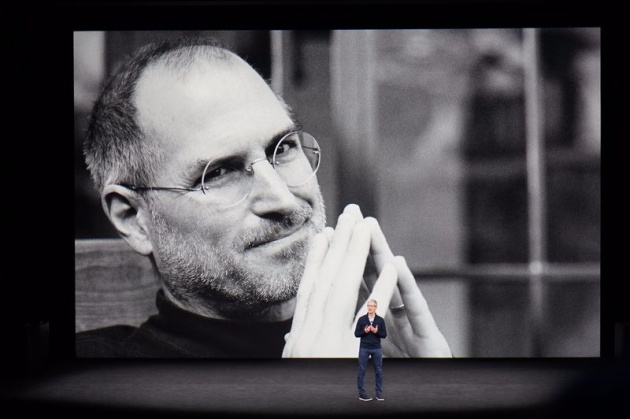 C.E.O Apple Inc. Tim Cook remembering Steve Jobs while having his picture freezed on background with fingers together.

He further speaks about the visitor center, which will open later this year for everyone. You’ll find there an AR (Augmented Reality) and more about Apple Park. With this, he finished off his talk. 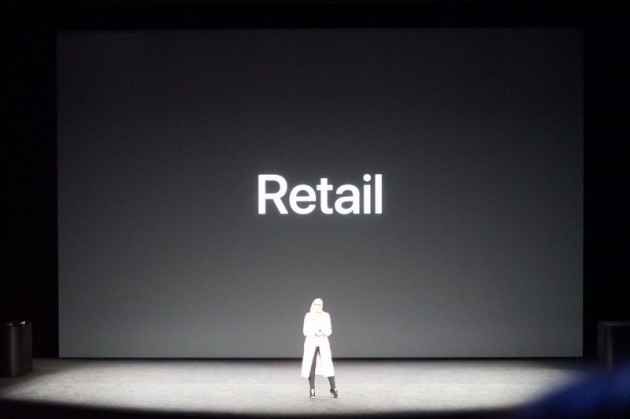 Angela Ahrendts, the Senior Vice President at Apple is on stage.

Angela Ahrendts, the Senior Vice President of retails and online stores came on the stage followed by the Tim Cook. She said that the same team which have designed the Apple Park will also design our largest retail stores all around the World. Disclosing the market statistics she said, 500 million people visit Apple Stores every year. She further spoke about her [Apple Inc.] future plans to build a plaza space in stores in the largest cities.  They consider Apple’s retail as the Apple largest product, she said. Ahrendts also talked about the new development made in Apple Stores called “Today at Apple”. “Today at Apple” is the in-store experience. If you want to be a better iPhone photographer and want to learn how take batter pictures with iPhone, visit Apple Store. Moreover, Apple Inc. also arranged coding lessons for kids in its stores. There’s also a new thing at Apple called creative pro which help the consumer to build up their skills at using the iPhone. It is basically included hands-on classes on coding, music and photography. And with that she finished off his talk and Tim Cook is back on.

Let’s go to the new products, Cook. We’re starting with the Apple Watch. 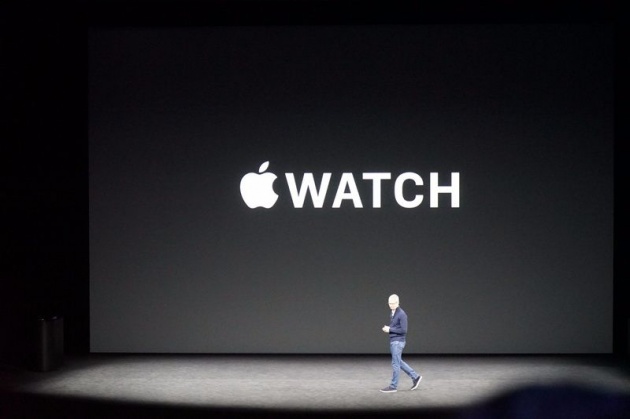 Apple Watch is the thing which I think Apple mainly focused and made more advancements. Tim Cook started to describe the Apple Watch Series, he said: “The Apple Watch Series 2 has experienced phenomenal growth and it has increased by 50% in the last quarter. Showing satisfaction on these numbers, Cook said that this growth was happening as its customer satisfaction rate is 97%.

“Today, the Apple Watch tops Rolex, Fossil and it is the #1 Watch in the World followed by Rolex, Fossil, Omega and Cartier”. – Tim Cook 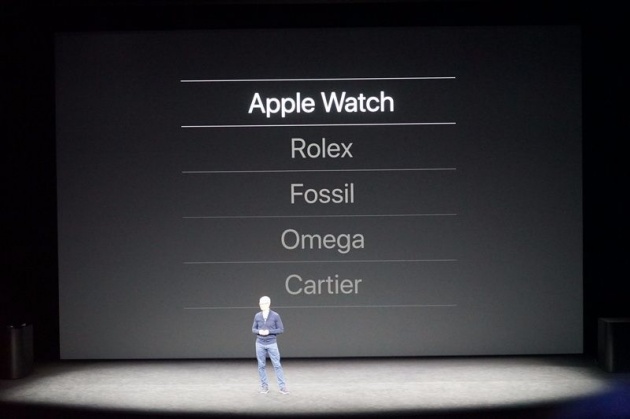 Now time for the future Apple Watch. To talk about it, C.O.O Apple Inc. Jeff Williams came on the stage. He started off with a new OS for the Apple Watch which is called WatchOS4 includes smart coaching, a redesigned workout app and new features for the swimmers. There is another option GymKit which is a tap-to-connect way to link with gym equipment’s using NFC. Like the Apple Watch leading the race, Apple Watch is also the most used heart rate monitor in the World, William said. 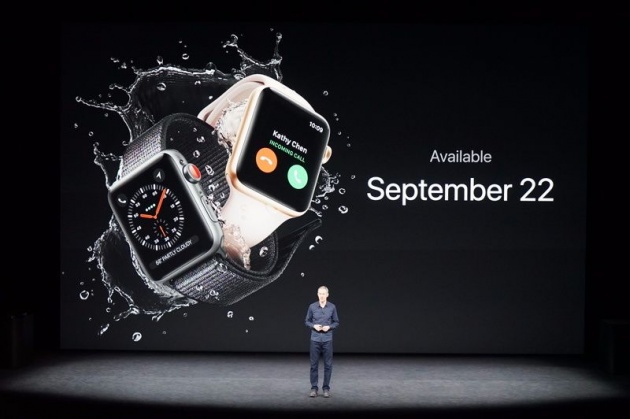 The new updates in the WatchOS4 are: “Heart rate will be instant, now, and also give resting heart rate. It also included Heart rate recovery which is new too. You’ll have a better picture of your health and heart rate of the whole day. Apple is also adding a new feature so that the watch will notify you when you don’t appear to be active. Remember, it only happens when your heart rate is over 120 bpm and aren’t active.” – Jeff Williams [C.O.O Apple]

Apple WatchOS4 will be available from September 19.

Now for the new Apple watch. Apple Watch 3 has now cellular built-in which means you can now answer the call while surfing. Even you can bring your Apple Watch without your iPhone and receive calls on your watch. It’s the same number as your phone number. You can now quickly access Siri at any time, maps and 40 million songs on your wrist from Apple Music.

To introduce the Apple TV, the C.E.O came again to stage and said that we’re on the next major inflection point. Tim Cook introduces Apple TV 4K. Eddy Cue, senior vice president of internet software and services described it more. We’ve made two big advancements in picture quality. The first is 4K and the second is 4K has four times more pixel than HD. More than that 4K has no price, it’s free of cost and you can also upgrade it freely. It also show you Sports score update in dashboard in a little sports bar. 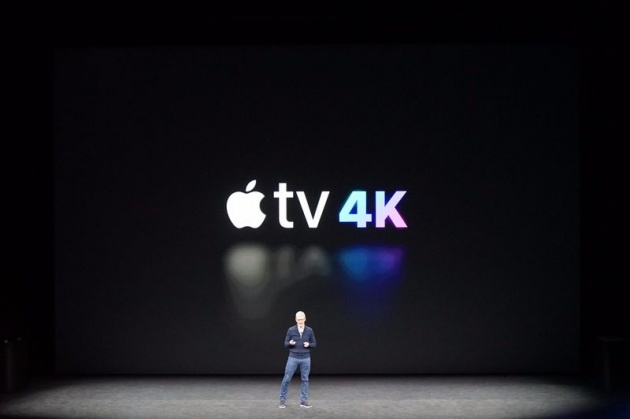 Here the main event comes. Speaking about the iPhone Cook said, No other device has had the impact on our World like iPhone. And indeed the iPhone has always proved to be a revolution for Apple itself and the World and that is why Apple is the most profitable company in the World. Though the new iPhone 8 seems to be similar in design with the previous one with single camera, but the iPhone 8 plus has dual camera. . 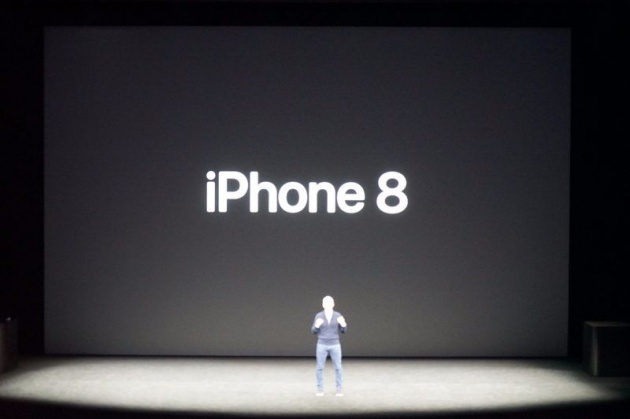 Phil Schiller, senior vice president of World Wide marketing describes the new iPhone 8 and 8 plus. With glass on front and back, we’ve putted the most durable glass ever in smartphone. Similar display like the previous model 4.7’’ and5.5’’ display, the have upgraded the processor chip called A11 bionic uses six cores in CPU. Two cores for high performance, other for high efficiencies.

The Apple iPhones have a new 12 mega pixels camera’s sensor that are larger and faster. In Addition, they have more light deeper pixels, OIS, wider and dynamic range of colors. The iPhone 8 plus has dual cameras with f1.8 and f2.8 apertures while the iPhone 8 has only single. They have improved the low-light photography on portrait and landscape modes with having Optical Image Stabilization on both. Wireless charging, LTE advanced and Bluetooth 5 are the new developments made in iPhone at the launch. 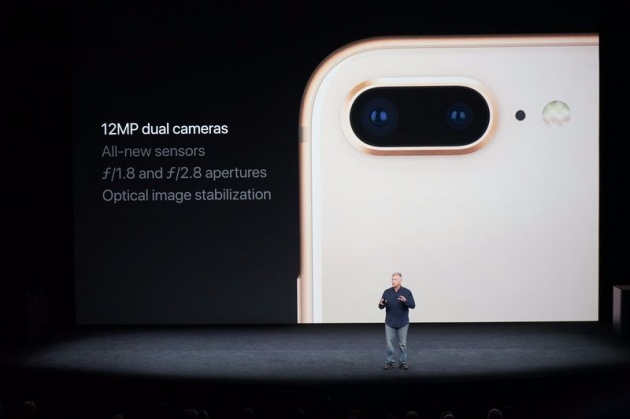 As it was the 10th Apple event, so Apple can’t think of a better time to release the iPhone X, but do remember it’s not called iPhone ‘ecks’, it’s pronounce the iPhone ten. Although it was a surprise release from Apple because I wasn’t expecting this to be released after the exclusive duo of iPhone 8 and 8 plus. It supposed to be the secret weapon of this Apple Event 2017 as it can easily be recognized from the C.E.O Tim Cook statement:

“The first iPhone changed the World, the Apple aiming with this product to set the path for the next upcoming decade.”

The overview of newly released iPhone X is in the video below:

The description about iPhone X.