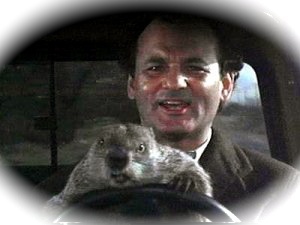 Groundhog Day officially was February 2nd, and Punxsutawney Phil predicted another 6 weeks of winter. Similarly, I’m predicting at least another 6 months of continuing Eurocrisis woes. Greece does appear to be the rerun film of this winter, more like the Bill Murray film "Groundhog Day". Every new day brings the same result for the next – the starting point. Greece is not getting better. Austerity so far is inflicting more pain than remedy and every new projection brings about lower GDP growth forecasts, lower tax revenues and higher budget deficits. It is a prediction that we made last summer, and frankly one that was not very difficult to project. Many other institutions from the World Bank to the ILO (International Labor Organization) issued similar concerns, although I think some including IMF waited too long and thus missed opportunity to warn of the rush to austerity when global economy was still weak and needed ongoing support especially regarding employment. (Similarly, I had pointed to the analogy of “Groundhog Day” film and the Euro last year – Read: diplomaticallyincorrect.org/films/blog_post/groundhog-day-euro-crisis-trickling-to-us-economybusiness-by-ambassador-mo/42483). Greece may default, and in doing so drop out of Euro. Default and going back to its own currency, Drachma, probably is more rapid and efficient for that economy to return to growth. Greece is hanging on the Euro more as matter of image rather than functional effectiveness in healing its economy. Worse for the Greeks, its Eurozone partners probably are not as concerned anymore by a Greek default – they are more prepared for the consequences and contagion risks apparently have been gradually widdled down. Thus, Greece is less likely to extract as good a deal in the current restructuring and ongoing austerity negotiations. Some are concluding best thing for Eurozone(EMS) and Greece is to go separate ways – but still linked through EU institutions. However, I do believe that the Eurozone difficulties go beyond Greece and are not merely in terms of too much sovereign debt outstanding. Several other EU/Eurozone countries are verging on recession. Growth is largely stalled. Periphery countries are feeling the most severe effect. The greatest challenge though may be in defining and adopting through various national institutions the new EU/EMS (European Monetary System) fiscal/institutional agreements reached in Brussels over last couple + months. The UK and more recently Czech Republic have opted out. Think it is likely that others will as well. Agreement on paper was much simpler even if it appeared painfully extended, then actual implementation/adoption as well as translation of such into regulation and practice. The recent surge in global equity markets and economic activity was a pleasant surprise. Here again though predictions going forward vary. Some expect that without greater healing in housing and jobs, the current positive momentum is difficult. Agreed, but forward momentum garners its own forward lean. Nonetheless, because of the current intertwining of political with financial, I expect to see a continuing rerun of the same film – event – crisis- debate – negotiation – agreement on paper – soon thereafter triggering another crisis, thus “Groundhog Day.” However, my prediction could be wrong. All Groundhogs did not agree that winter will continue for another 6 weeks – unlike Punxsutawney, Staten Island Chuck and Georgia’s General Beauregard have predicted that spring is already here! Ambassador Muhamed Sacirbey - FOLLOW mo @MuhamedSacirbey Facebook-Become a Fan at “Diplomatically Incorrect”       Twitter – Follow us at DiplomaticallyX   “International Financial Crisis” Channel - diplomaticallyincorrect.org/c/international-financial-crisis