I have 12 years military exp.16 years as a literal smuggler and so in the eyes of my goverment im

4)CRIMINAL /but in reality a protester

That is what i am ,like it or not i read the THE US constitution and bill of rights at 6 .It to me was obvious that at my kindergarten/guardians where already going against what the USA was founded on .People who left England because they didnt agree or just plain couldnt follow the Kings whims.

I served proudly in the army killed in the name of a bullshit drug war that is corrupt from the door gunner to the Presidential office   (look up Eugene Hausenfaus Iran Contra,Barry Seal , Cia delievers crack to La, and Mena ,ak.)

Just like any town,city ,country we all have corrupt bad people who espouse they speak for all of us.I grew up during the cold war as a true believer i felt like they said, that rusians where the vile evil devil incarnate.Obviously its wrong as i went to Russia while in Us Army (leave ,TE) as a roadie with a childhoods friends band ,as a soldier i was to  access the peoples willingness for a change of the newly formed govt.(after the wall went down) Well i found everyone to be just like me (citizens) tyrants are the same everywhere! They wanted to work at things they enjoy , love, be nice expand their friends and raise their kids better than their  parents did for them . and I have had the exp.to meet others on 5 continents i have been to even never owning a passport .( IE SMUGGLER) We the people that interact on social media are those same people i met and loved as they are all of us .

as you wage war against our govt. overseas ,remember we the people are as un heard as you are there. My 1st thought as a listed revolutionary is like The founders of USA ,writrers of the Magna carta , that all people are equal and allowed to seek the freedoms of all this planet has to offer .Our Dna proves we are brothers .Only geography ,sun ,diet ,interbreeding has made us look different. So as the people and now 50 years into life i understand the real meaning of meek can and will change this mad path that the greedy elite tyrant banks ,goverments . we are so close to The american spring that my govt. predicted /manipulated since 1947 when banks and companys bought our politicians and some say it goes as far back as 1865.but thats another story. WELL we are all changing that now by being in the crypto movement , by bloodless, armiless ,currency based on trust of concept algo,and worldwide use we use this money and it doesnt get to pay for bullets for the machine ,maybe for freedom fighters and hunters but not the govts. If all of you #askastoreaday to use these cryptos ,we can then do a bit vote system a true way 1 person 1 vote easily tied to you for voting ,business banking,only then.  Other than that  our belief is we should all be anon to any overseer when we choose. All history has shown that central money,govts always are eventually corrupt. With Bit Voting /Congress .The whole world has the way to elect Bill, or the neighbor/person best for the spot. Money is obviously needed as pay but that should be on average with what the economy accepts .

History proves we all create our enemies and logic predicts it is because thats what the supposed leaders have taught  to us .Greed covet the others assets .Well today in the USA 53% of the people directly get paid by the govt. The people  are afraid of the govt.police being cut off the dole or losing their jobs to machine .ALL OATHKEEPERS,POLICE,AND ELECTED OFFICIALS WORK FOR US ,SO THEY SHOULD FEAR US AND NOT US FEAR THEM. Im a broke poor idiot refuse my Va benefits . Take no welfare and would knock over a bank before i do, why ,because you cant buy my soul ,my belief that the world is mostly good and want no interference in their daily endeavours .  We all need to change this ,no govt .can/will but we can easily fire all govt. by simply getting everyone that trades in goods to use our favorite crypto currencys .#askastoreaday.Is actually freedom and they will have to listen when they have to ask all once again if they can bomb our neighbor or buy a bullet .

im a idiot and soon will be silenced by a govt. but this is true everywhere and obvious to all that it is like some great men have said that IT IS WE THE PEOPLE UNITED DECIDE OUR OWN FATES. #askastoreaday and change EVERYTHING! 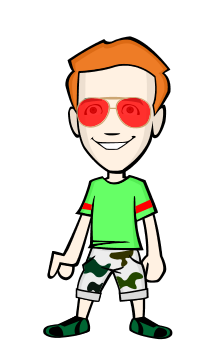