ArtGirl's KDrama Review: Are You Human Too?

What do you think of artificial intelligence (AI) and robots replacing any of the people in our lives? Do you think androids and humans can live well together? These are some of what this romantic sci-fi South Korean TV series explores.

Read on to know more about Are You Human Too? Warning: This post includes some spoilers. 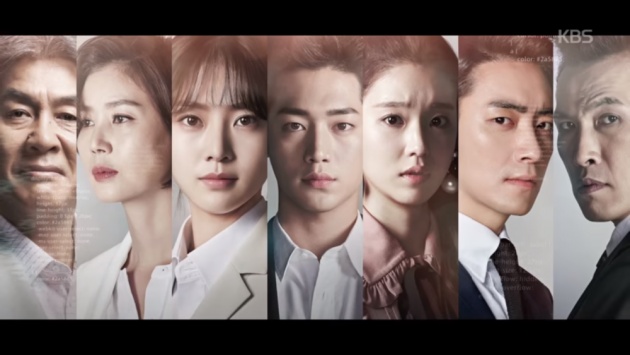 Here are four of the main characters worth knowing about:

Nam Shin is a rich man's son who was forcefully separated from his mom at an early age. He is an heir to a big corporation. Once grown, he becomes a rude and rebellious person due to his strict and manipulated upbringing.

His mom created an android version of Nam Shin. Nam Shin III is capable of hacking computer and digital systems. It has no emotions but is programmed based on the good qualities of Nam Shin thus it is good, honest and protects people. It is obedient to a fault at first, eventually being given "free will" to do what it thinks is best. 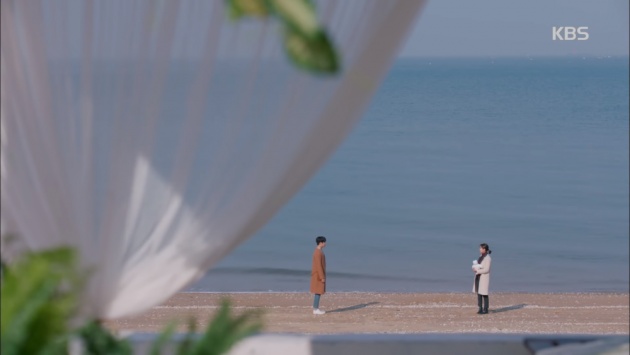 Kang So Bong was a promising MMA fighter but due to a fight injury, a metal rod was put in her leg. This situation and the dirty tactics within MMA made her ineligible to compete again.

She became one of the bodyguards of Nam Shin. So Bong eventually falls for Nam Shin's robot "twin". 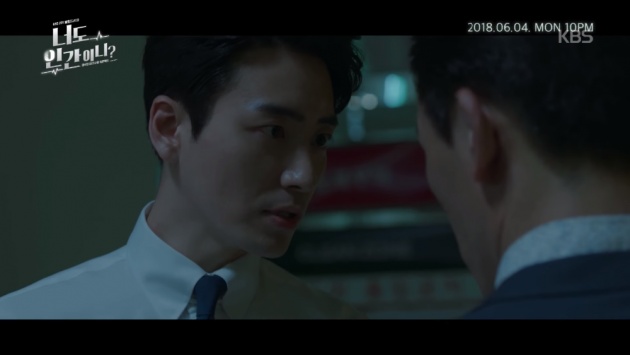 Young Hoon is an orphan who became the assistant and/or secretary of Nam Shin. He is loyal to Nam Shin's family and would do anything for him. Eventually he trained Nam Shin III to be the real one when Nam Shin got into a coma.

He also acts like a protective brother. As an assistant, he expertly thwarts all the plans of Nam Shin's opponents. Also with the help of Nam Shin III and its creators, they are able to keep the corporation from falling into the wrong hands.

Jong Gil is a director of PK Group, the company Nam Shin should inherit. He plots, plans and allows for evil things to happen to Nam Shin just to be able to eventually own PK Group. He is also the father of Nam Shin's fiancee.

Watch the video below for some info on the actors of this series.

Nam Shin gets separated from his mom at a very young age because his grandfather doesn't like his mom. Due to internal company and family conflict, his father dies. His mother is paid handsomely to stay away from him. He lies to her in order to keep his mom safe but away from him.

Due to her despair she goes to the Czech Republic. While there, she eventually creates Nam Shin I, a child robot with AI. Together with a fellow Korean scientist, they develop Nam Shin I further into Nam Shin III.

When Nam Shin grows up, he becomes rude and arrogant and hates the manipulative family and company he belongs to. Eventually he "secretly" goes to the Czech Republic to search for his mom and the reason for his father's death. Unknowingly, a hit man followed him there. While doing his business in town, he sees his robot "self." Due to this, he dazedly crosses the road and gets hit by a truck. This "accident" puts him in a coma, he gets rushed to the hospital and then gets secretly taken to his mom's home.

His assistant traces him and finds out what happened. Eventually Young Hoon meets Nam Shin III. Both he and Nam Shin's mom agree on bringing back Nam Shin to Korea to protect the family and the company. Young Hoon trains the android to act like the real one. Once it was programmed to his satisfaction, they both return to Korea.

The two are unaware of the full circumstances of So Bong's involvement with the real Nam Shin. Before Nam Shin left the country, she got caught taking pictures of her boss to earn money. This incident got her fired and also caused her difficulties in finding a new job.

Upon Nam Shin III's arrival, he was officially "introduced" to the world via a PK Group product launch event. When So Bong suddenly shows up and interacted with it, the android's original programming came up causing quite a public stir. 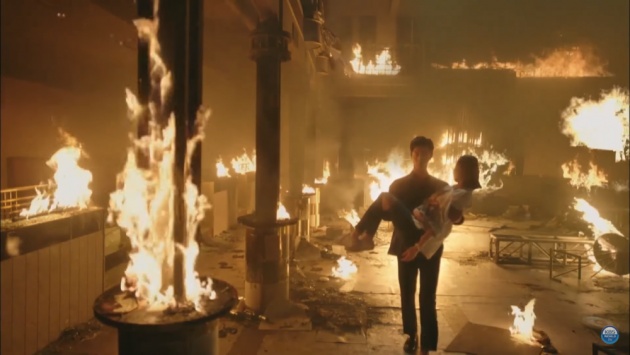 At first people were convinced the robot is the real thing. On several occasions, Nam Shin III acted different from the real one and yet it does not get caught. So Bong then finds out "he" is strange and quite inhuman when Nam Shin III saves her life during a big fire. That is how their love story and all the corporate/family suspense begins.

Here is a trailer for you to get a sense of the series. It has no English Subtitle though but watch the scenes and see if you like it.

The premise and the story itself will keep you hooked to watch the series until the end. The characters are well developed and the story shows certain possibilities that can happen. 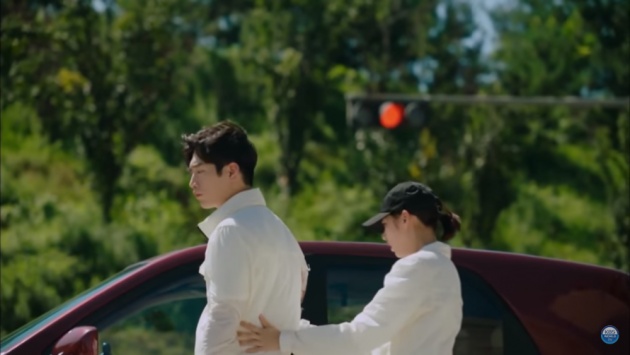 Its first episode became controversial due to the real slapping scene that happened. Nevertheless it still became a top rating KDrama series.

In the story, So Bong falls in love with Nam Shin III because it is kind and programmed to be good. Like all good things in life, there are also bad things we can use technology for. In the series, we can see both the good and the bad effects of using AI and robots. Are You Human Too? also shows us how AI can be dangerous when it goes haywire and becomes uncontrollable.

Some scenes show various reactions of people towards robots that look like humans. Imagine a robot being discriminated for being a robot. I don't think there's anything wrong with that but the show kind of thinks otherwise.

Yes I know, robots are made to assist humans. This is why robots or androids should be treated as machines and helpful tools even if sentient.

Personally I also do not like robots that look human. In the far future, yes they can probably look very human and might dupe true human beings. That is how Nam Shin III "tricks" people into believing it is the real person it represents. These androids are usually programmed to be highly capable of doing more things than an average person thus it can be favored more in terms of work and business. Knowing us humans, we usually appreciate things more than people so who knows what the future holds for AI?

Going back to the story, it has a lot of elements to entertain its viewers. There are plenty of suspense, action, love and mystery going on in the show so I'm sure if you like sci-fi too you will enjoy watching each episode. It also has a lot of power struggle and office politics going on.

After all the things that happen in their story, the ending will leave you satisfied at how they wrapped it up. It's not a terrible or surprising one but it is enough. 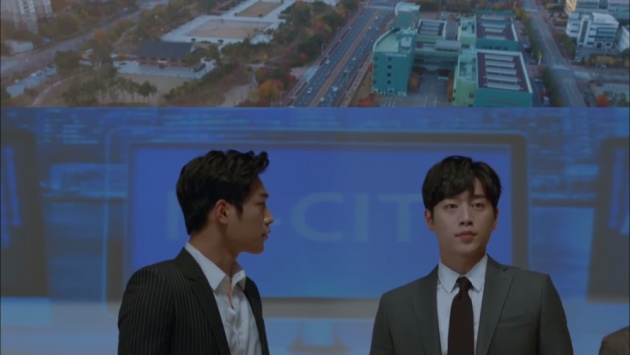 When I learned about this series while in production, the first thought that came to mind was Seo Kang Joon was miscast for the lead role. Having watched him first in Cheese in the Trap, I know he is capable of more emotions rather than playing a robot. As I watched the series though, I eventually thought he did justice to his dual roles.

Anyone could have played Nam Shin III. An actor with less emotional range though might not have been able to pull off the bad, hurt and angst-filled behavior of Nam Shin.

As the lead actor have stated in his interviews, the two Nam Shin's are polar opposites. You can definitely see how each one is different from the other. Kang Joon did a very good job in portraying dual roles. One is innocent, good and almost perfect, the other is a damaged, jaded and human. The two characters having opposing attitudes make it easier for the audience to appreciate his acting abilities.

Also commendable is the top villain role played by Yu Oh Seong. He is very effective as a scheming two-faced bad guy. You will really hate his character whenever he shows up. Lol. Even the actor playing his right hand assistant is annoying. They are good at being bad characters. 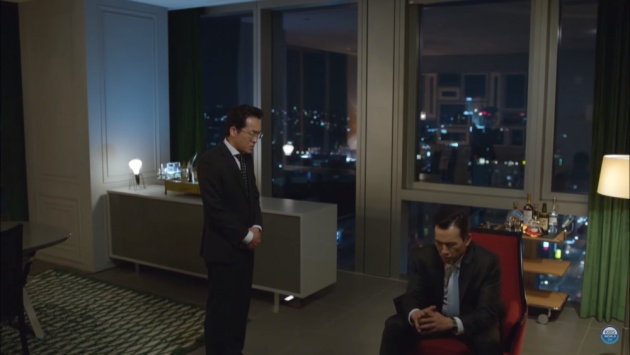 The rest of the cast did a good enough job although I believe the lead actress still needs improvement. Her performance does not hinder the story in any way so it's still good and acceptable.

Are You Human Too? is a pre-produced TV series with plenty of post production CGI integrated in the scenes. If you watch the series you will see how the supposed advanced technology will work and fail. 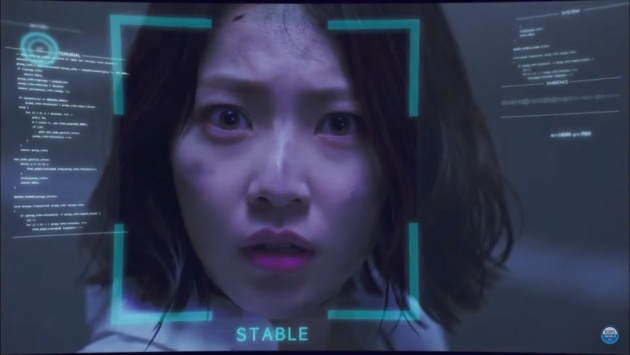 As with Hollywood movies, you will also see invisible screens too. Invisible in the sense that only Nam Shin III can see recorded videos, online search results and information required to be as smart and useful as possible. The android can also project files like images and videos onto any digital screen.

Set design and cinematography is commendable as well. Why not when their budget was in the USD millions range. The Czech Republic scenes were lovely and picturesque. Did you know that the wonderful Czech house they used is nestled in a popular nature reserve? You will see they really put a lot of effort into the setting, backgrounds and props. Every detail gives a natural ambiance or a very industrial and clean feel.

The show gives off a modern vibe due to the setting and location of each scene. It doesn't look too industrial but it is modern enough for a romantic AI story.

The music aptly matches the required emotions of each scene. From the action sequences to the sweet moments, you can feel what the show wants you to feel. 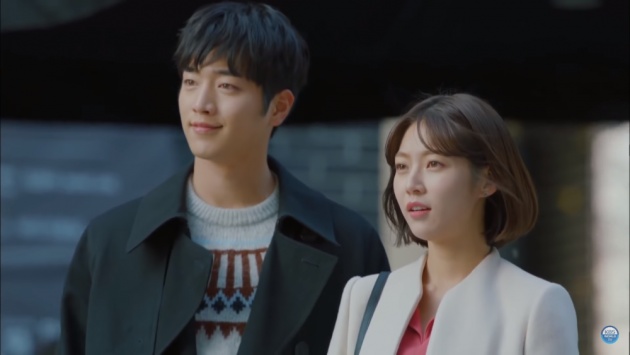 How about you, have you watched this series? What do you think of it? Feel free to share in the comments. (^_^)

For my other TV Series and related reviews, click below:

Image Source: Kim Esperanzavia daebakphilippines If love is something sacred, then that's because i…