If love is something sacred, then that's because it prospers and continues the race. It is nothing less or more than that. Therefore, do not allow the precious things or people in your life to suffer because of the brief illusions of love. - Dong Min Joon via asiandramaquotes.org

MY LOVE FROM THE STAR

Hi People of Bitlanders! NellShaOza always here ~ My blog for this day is actually not in my plan but because I was interested in the Filipino Adaptation (I love MLFTS Korean so much) I decided to make a blog about it. I gathered so much interesting information for writing this. So Everyone, Ladies and Gentlemen, Wherever country you are or Wherever Stars you are. Enjoy Cheon Song yi (Korean) Steffi Chavez (Filipino) love from the star <3

My Love from the Star is originated from a TV Series in Korea, in some places the title is "You who came from the star" This was directed by Jang Tae-yoo, Written by Park Ji-eun (Salute her!). My Love from the star has a variety of Genre, from Romance, Comedy, Fantasy, Drama and of course Science fiction.

The series was a major hit in South Korea and received immense popularity across Asia. Jun won the Daesang (or "Grand Prize"), the highest award for television, at the Baeksang Arts Awards and the SBS Drama Awards, and as did Kim at the Korea Drama Awards.

- My Love from the Star Korean via Wikipedia

It is aired in SBS (Seoul Broadcasting System) home of the lovely and explosive Korean dramas that hit Philippines and other country's around the world. Some of the TV Series are Moon Lovers: Scarlet Heart, My Sassy Girl, Pinnochio, Doctor Crush, The Heirs, Whisper, The Legend of the blue sea, Suspicious partner and many more.

My Love from the Star is my most favorite Korean TV Series ever, I've watched it for 5 times already ~

My Love from the Star is a 2017 Philippine romantic fantasy television series which is based from the hit Korean Series (also known in Korea as You who came from the Star) Here in the Philippines it was Directed by Bb. Joyce Bernal.

The series premiered on GMA Network's Telebabad primetime block and also worldwide via GMA Pinoy TV, on May 29, 2017, replacing

-My Love from the Star Filipino via Wikipedia

My Love from the star Korean was also aired on the Philippines in 2015 (dubbed Filipino) and as what they intended to do, GMA Network remaked the Series with a Filipino spices and taste. GMA Network has many Philippine Made TV series too some of these are Legally Blind, Destined to be yours, Pinulot ka lang sa Lupa, D'Originals, The Half Sisters, My Husband's Lover, Hanggang Makita ka muli, Meant to be and many more. GMA also has made many Korean Adaptation these are Full House, Coffee Prince, Temptation of Wife, Stairway to Heaven, and Kim Samsoon. 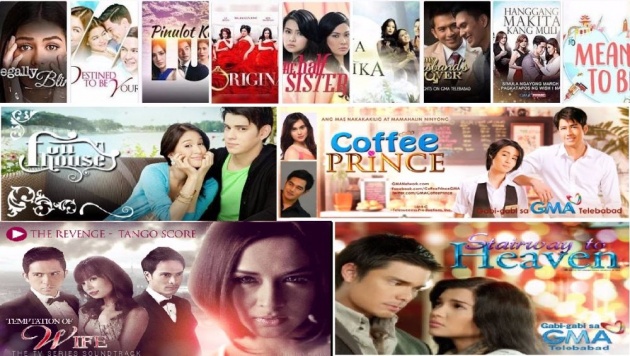 Image Source: My Love from the star Trailer via GMA Network Youtube Channel

STORY OF MY LOVE FROM THE STAR

The Story of "My Love from the Star" started when an Spaceship from other planet came down to earth for their research, Do Min Joon/ Matteo Domingo saved a girl whose cart was about to fall in the creek. They became Good friends instantly and share good times together, Little did Matteo know, This girl was desire to kill by her Father for Treasures and Riches.

When Matteo's Group is about to depart away from earth, He was left behind because of the conflict risen up upon the Girl's Family. Matteo did all his best and sources to help the Girl to escape from the people who wants to kill them. But Sadly, Fate happens. The Girl died and again, left Matteo with pain. 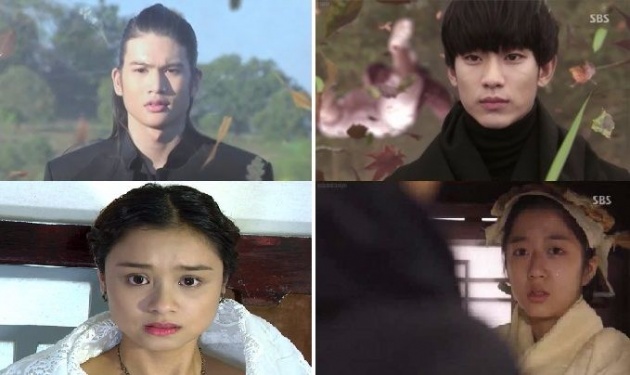 From that day forward, He Live on Earth until the departure for the next 400/300 years. He cope up with everything in the nature and changing phase of people. He didn't like the idea in where he was always the last one whose going to the next path of life without the people he cared for.

After 400/300 years, Matteo reach to the Present Generation. Living with his old and historian stuff, being one of the riches young bachelor together in being the youngest Professor.

This is when the Story really start, The Serious and only has one Social Life,  Do Min Joon/ Matteo Domingo met the Superstar, Cheon Song Yi/Steffi Chavez. This was the time when an Idea struck Matteo's Mind, He compared Steffi's photo in which she was young back then with the Girl who he met 400/300 years ago. He became interested at the same time disturb to Steffi's Presence. 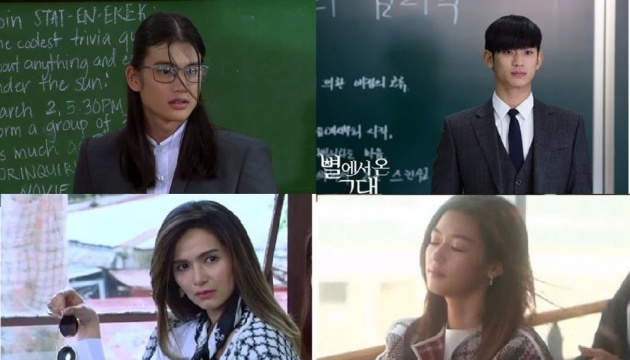 They didn't get well with each other at first but time comes, Love conquer the two of them. As what must happen from the start, Fate will bring back what is to whom.

All of you will sometimes wonder whether love will last forever. However, your love will not last forever. The expiration date of love follows the law of nature. And humans cannot escape the laws of universe. - Dong Min Joon via asiandramaquotes 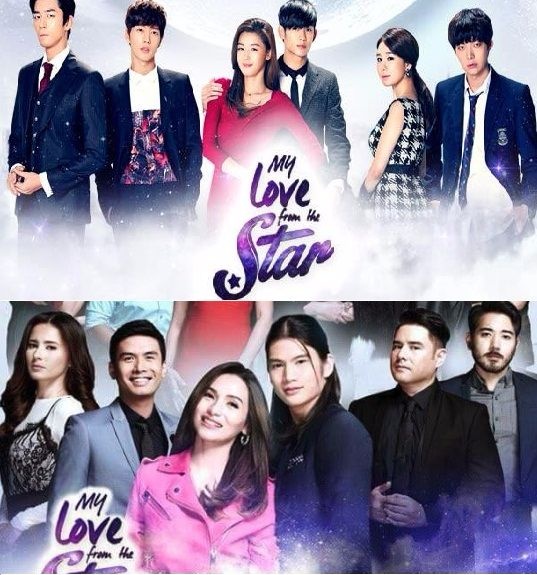 1. Do Min Joon / Matteo Domingo - He is an Alien that turns Steffi life Upside down. He is the Professor, Manager and Lawyer of Steffi.

2. Cheon Song Yi / Steffi Chavez - The Silly Superstar who was bullied in social media, her life was tearing apart when Matteo save her from the mist.

3. Lee Whi-Kyung / Winston Libredo - The Rich Suitors/Childhood Friend of Steffi who protect her from other people using his money.

4. Yoo Se-Mi / Lucy Yuzon - The Frenemy of Steffi who is jealous at her since the day Winston courted Steffi and Steffi was always the Leading Actress.

According to what I've observed in my minimal time watching MLFTS Filipino Adaptation, I was so disappointed to the fact that they didn't cut Matteo Domingo hair short. Yes I know it is a new version of Do min Joon but for me and for my sister, The hair is distracting to Matteo's Serious and Meticulous Role. I think It didn't matched the Character itself. He looks like a Rock Star than a Smart Alien.

From the Day 1 Gil Cuerva is kind of improving though his voice doesn't compromise the character and whenever he talk, it seems like he doesn't know what he's talking about (Peace ~) even his face is not powerful enough to tell us that I am an Alien, I can do anything. but Steffi Chavez which is Jennelyn Mercado slay it well, From her face, her body built. She is the perfect actress for Steffi. It turn out well and people enjoyed her acting.

The Role of Winston, The Happy Go Lucky Suitor of Steffi which was portrayed by Christian Bautista is Okay and Savage. (Get it?) As how I knew Christian, He is a flexible kind of actor that can instantly cope up with the script, which is correctly placed as Winston Libredo. When it comes to Lucy Yuzon, which was portrayed buy Jackie Rice. I am somehow irritated in how she brings the role, I think it is a little bit Over Acting and it didn't came into my mind to be mad at her character but to herself and her acting. (Sorry)

One thing I've observed is their low casting ability especially to Steffi's Father, I think he is not an actor and they just got him somewhere in the street. Her Father role is important! He might not be shown always in the series but his role is important. Her Father is one of the factor that shows that Steffi needs a love, a love from a man who can save her and never leave her.

Do Min Joon of the Philippines

When I knew about the Adaptation of My Favorite Korean Series, I've immediately search for the characters. I've search Steffi, especially Matteo. At that time, They are choosing between 6 Filipino actors/models who has the potential to be the Filipino Matteo Domingo. 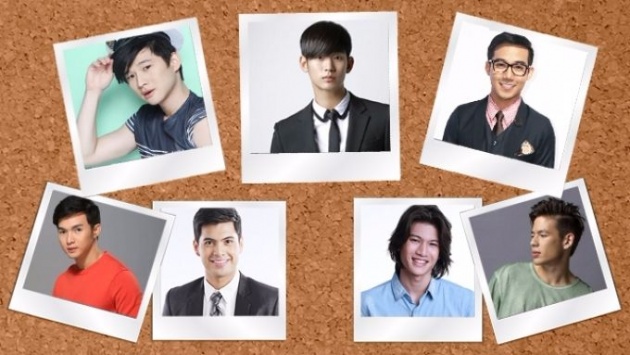 These Potential Actors that was been the choices to who will portray Matteo Domingo are Richard Juan, Ken Chan, Ken Alfonso, Jake Ejercito,Lharby Policarpio, and of course Gil Cuerva

Personally I want Richard Juan to be the Matteo Do of the Philippines, His face and his appearance is look a like Kim So Hyun but I will also admit that How about his acting right? Well Gil Cuerva didn't get it as well.

I really thought in this Adaptation is that, They will just going to copy the title and character and then proceed to a Korean-Filipino Story, but NO. They copy every scenes and every line, they copied almost all of it. (and then it shoots me that it is an Adaptation, not inspired haha) but some lines are mixed with a Filipino Spices and some punch lines, They also changed some character's personality like Steffi's Assistant, The Guy one, They made it a Gay one to make it humorous and uplifting.

But out of 5 stars, I'm going to give 3 stars for the Scenes and settings use, The house is too big to take by the camera and some settings are cheap.

BUT ALL IN ALL

I've enjoyed watching it every night (Not the full episode but some interesting scenes) It's somehow relaxing and Honestly, I'm comparing the episodes with the episodes I've watched in Korean version. But like what I've said, It's an enjoyment kind of Show ~ out of 10 ratings, I give it 7 ^ 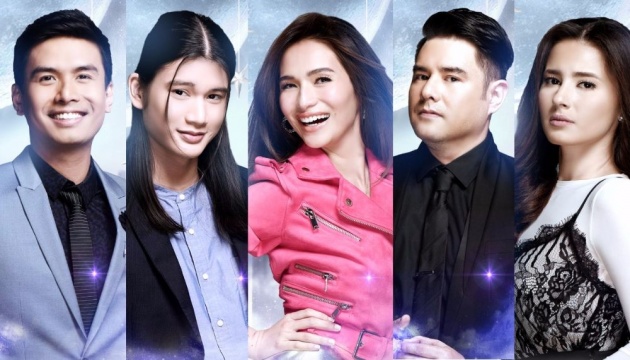 Until the Next one! ~

ArtGirl's KDrama Review: Are You Human Too?