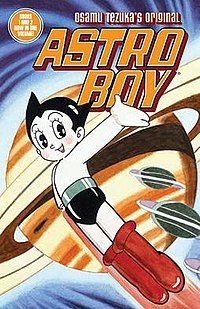 Man made robot, a machine that wholly imitates its own creator, specially its intelligence.

Currently there seems to have fear of them intelligent machines, even slight, for their work accuracy—so to replace jobs—and at the same time its very nature of deteriorating—so to sabotage that same work.

But also, at present, it surely is being integrated in our day to day lives at a steady pace. From the best traffic route to take to suggesting similar stuff from our favorite books, these smart programs make our lives fairly convenient. 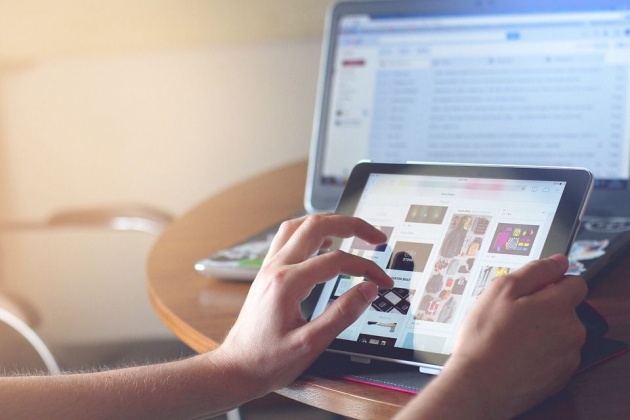 Evil or good, one thing is certain though: this 'artificial' intelligence is a perplexity to laymen, not just by its technicalities. This fear of the unknown might hinder us to unlock the full potential of human computers going hand in hand with real men.

The good course of action then is to equip us with the practical knowledge and understanding of AI used by smart machines. By understanding AI, we'll learn to use them effectively whilst rejecting the fear of being completely displaced by them.

Technically speaking, AI is a branch of computer science in which a computer program has sets of algorithms designed to intelligently execute data based on its given instructions. 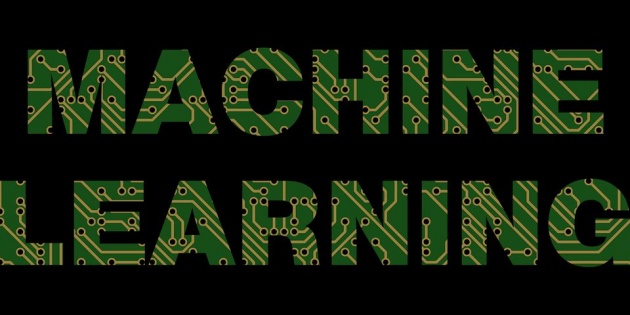 But its form of intelligence goes beyond the logical next step, surprising us with results that we presumably would not have thought of, aided by its vast knowledge (data) and processing power (CPU).

An electronic machine (eg: computer) needs a set of instructions (software/program) to fulfill tasks given by its user (human). This program is broken down into a string of commands which are made up of characters (letters, numbers, symbols, etc...) arithmetically created. These strings of commands are what make up the conditions in which the computer executes according to what the user inputs.

A Little History of Artifical Intelligence

John McCarthy first used the term in 1956 and its aim was to:

“Attempt made to find how to make machines use language, form abstractions and concepts, solve kinds of problems now reserved for humans, and improve themselves. We think that a significant advance can be made in one or more of these problems if a carefully selected group of scientists work on it together for a summer.”

– John McCarthy, A Proposal for the Dartmouth Summer Research Project on AI.

By its very invention, artificial intelligence is indeed an attempt to imitate how a human mind process information and use this information to perform specific tasks, such as learning, abstraction, and problem-solving. 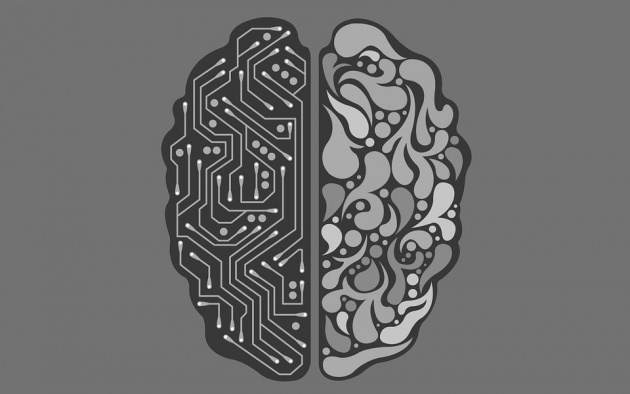 The attempt to mimic the mind however, ambitious as it sounds in the early decades of its infancy, hasn't come into effective fruition until:

Nowadays, we reap the fruits of these (some, if not all) progress in creating successfully working artificial intelligence.

Types of AI (Depending on System)

It is also good to note that we distinguish different classifications for how artificial intelligence behave and function. The gist of using AI is how closely it resembles the human thinking process. By this, we would know how close humans are from designing an imitation of human intelligence. 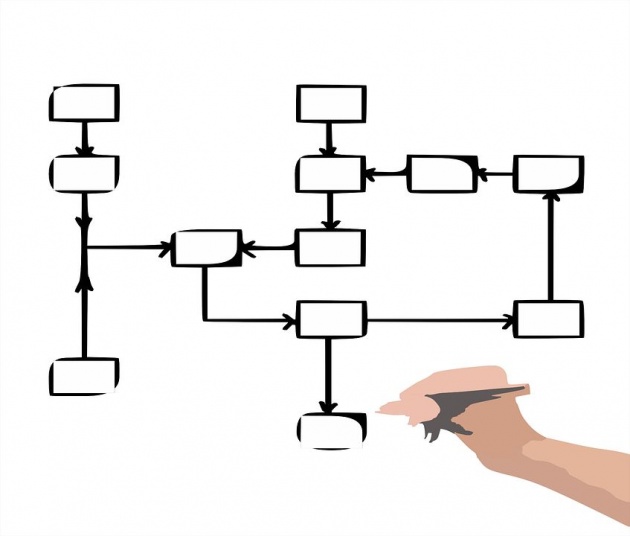 In weak AI, the machine is given a specific task and it focuses on processing that specific task. The machine may be termed smart because it mimics human cognition to an extent, but it merely relies on a set of algorithms and conditions programmed by its creator/s.

The prime example would be DeepBlue, a computer chess player. It knows what move is suitable to win the game, but it doesn't really simulate what moves a real chess player would make (factoring in a chessplayer's strategy, risk appetite, etc.). 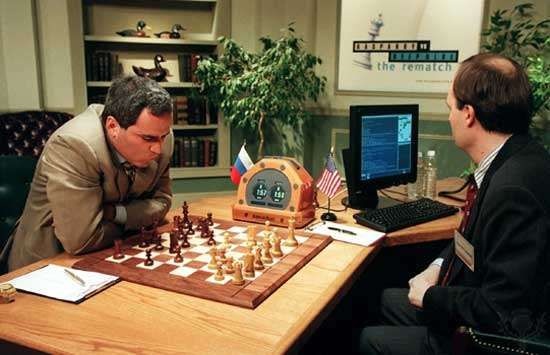 But weak AI has its own merit. Because they are designed for a specific task and only that specific task, they are much capable of being accurate and efficient in that specific task. They act 100% computer, but they are smart enough to pick the best instructions from its set of computer codes in reaction to external data.

In the example above, the DeepBlue won against a chess grandmaster.

Every AI we use as of now has narrow systems, but smart computers are becoming more and more intelligent that they can think on their own, not just sets of steps laid out for them to do.

Surprising as it sounds, machines with strong AI might have not yet been built. But, it is in its own category because it aims to perfectly clone not just human cognition, but also the emotional intelligence of humans. 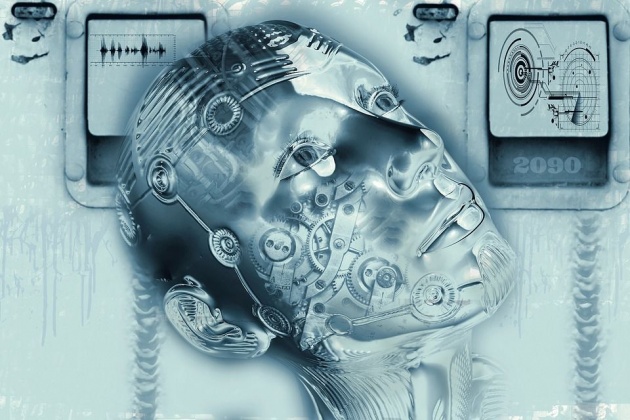 Presently, examples of machines with artificial general intelligence are only seen in science fiction. In this case, one obvious but gloomy choice is Marvin the Paranoid Android from Hitchhiker's Guide to the Galaxy. 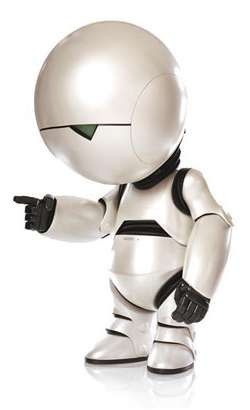 He's supposed to be programmed with a genuine human personality, but because of the company's failure, he developed severe sadness and boredom. He might not be emotionally intelligent per se, but he expresses emotions and act based on what he feels nonetheless.

Still, an even ambitious type is artificial superintelligence. This will probably be the most overachieving concept in the area of computing, in that a humanoid does not only have cognitive and emotional intelligence but social intelligence (consciousness, etc.) as well! 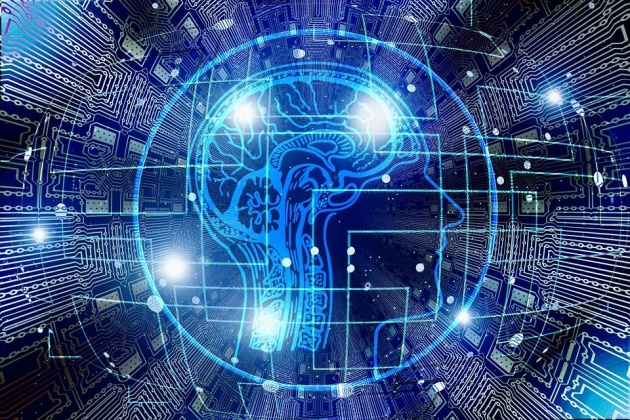 And not just in these three human capabilities, but it goes beyond it. Hypothetically, in this type, the collective knowledge of humans throughout generations and the highly advanced computational power of computer chips combine to create things never imagined or done before by human might. It can probably find the cure for cancer, who knows? 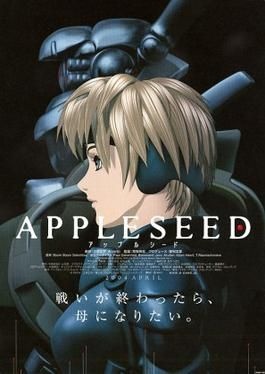 It might even become perpetually alive, replacing broken parts and upgrading to a more advanced one. Therefore it surpasses human capability.

The author's aim is to understand artificial intelligence from reading articles and other researches, while also making the readers aware about how AI basically works and its beneficial role in our society. While this objective has been hopefully fulfilled, a mind-boggling notion by the author has been stirred while going down this rabbit hole of knowledge: the future of AI is a double-edged sword, in which the sword relies on the one who wields it.

Let the sword be wielded by good, humanistic hands.

Disclaimer: Information stated in this blog post are for educational purposes only. Seek further knowledge from an expert in the given field. Writeup made by lapiz-lazuli.