Great Strides Made By AI In The Field of Health Care

Artificial intelligence has come a long way, from being a mere theory in the 1920's, to becoming a game changer in every field it has entered. The field of medicine or healthcare is no exception and AI using it’s much touted “machine-like efficiency” has been proving  to us over and over again that it can indeed potentially offer a higher quality of healthcare than mere humans. Here are a few ways in which AI is bringing landmark changes in different fields of medicine. 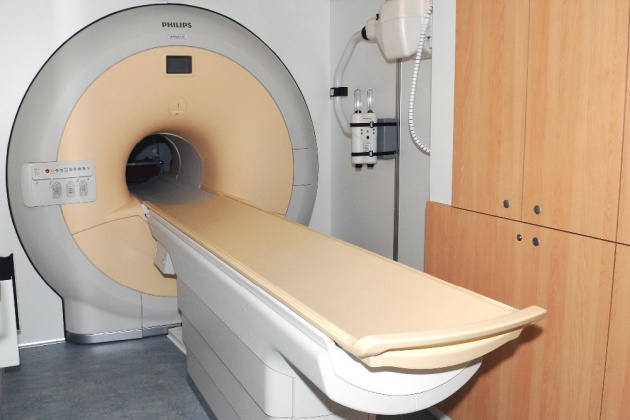 The field of medical imaging or Radiology is probably the biggest focus of AI capabilities in all of medicine. Among the sub-fields, it is Neuroradiology or brain imaging that has made the largest strides in AI incorporation.

For example, as per a recent study published in the Lancet Oncology Journal, a team at  Heidelberg University Hospital and the German Cancer Research Center trained an Artificial neural network to localize and diagnose Gliomas, the most common type of malignant brain tumors, as well as assess their response to therapy. They found that the AI was 36% more accurate than conventional methods of diagnosis. What this means is that not only is it better for diagnosis of the tumors, but it could also go on to serve as the standard for assessment of how useful different treatment modalities are in these tumors. 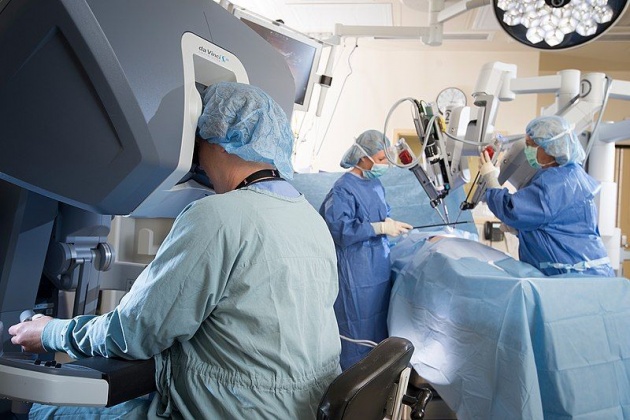 AI In The Field Of Surgery

One of the more exciting yet controversial applications of AI in healthcare is in the field of Surgery. A  team of surgeons at Children's National Medical Center in Washington, demonstrated that the STAR (Soft Tissue Autonomous Robot), a supervised autonomous robot could suture sections of a pig’s bowel together, with more precision than a human surgeon. While this does carry the ethical dilemmas of who bears responsibility for a fully automated surgical system, it raises the exciting prospect of all patients receiving the exact same standard of surgical care, irrespective of the operating surgeon. 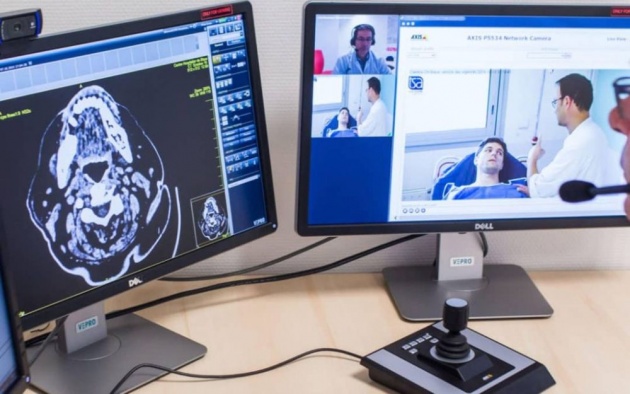 Telemedicine refers to the processes by which health information of an individual is collected and transmitted to a distant facility for evaluation and diagnosis of medical conditions, thus bridging the gaps of access to healthcare, and professional collaboration and communication between doctors. An example of AI applications is the Dr. Rho Medical Telepresence Robot, which provides a robotic base with human environment maneuverability and a set of robotic manipulators, together with telemedicine modalities of electronic stethoscope, blood pressure, temperature, ECG and pulse-oximetry. It also provides the doctors’ with an intuitive vision system, as the robots eyes turn as the doctor moves his head. For collaborative examination and surgery, the robot also carries a micro projector. Such AI devices could cause a shift in the concept of patient monitoring, allowing a cost-efficient and effective means of doctor-patient consults, irrespective of geographic location of patients and doctors.

AI In The Field Of Microbiology

Another major use of AI is in the field of food safety. Research spearheaded by IBM is already developing powerful AI Sensor which can detect harmful bacteria capable of causing epidemics of food-borne disease, with just the touch of a button on an app. In a world where Image result for diarrhoeal infections still account for 11% of mortality in children under 5 years, this can go a long way in improving the overall health of communities.

Despite the rapid progress of the field of drug development most drugs that are developed actually ever make it to the market, as they fail drug trials or flunk regulatory approval. This ends in huger economic losses. The advent of AI has caused most experts to believe that AI is key to developing quicker, cheaper and more-effective drug discovery. Pfizer is using IBM Watson, a system that uses machine learning, to power its search for immuno-oncology drugs. Sanofi has signed a deal to use UK start-up Exscientia’s artificial-intelligence (AI) platform to hunt for metabolic-disease therapies, and Roche subsidiary Genentech is using an AI system from GNS Healthcare in Cambridge, Massachusetts, to help drive the multinational company’s search for cancer treatments. 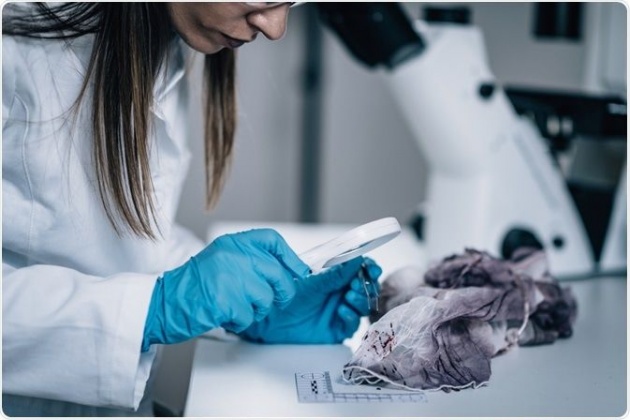 The field of Forensic sciences has always involved pattern recognition, creating repositories, large volumes of statistical data, and probability- based analysis of all the collected data, so as to arrive at the most probable set of circumstances. Incidentally, these are the very things that AI has been found to be incredible useful at, and so it no surprise that AI has made major strides in forensic medicine too. Dr. Matteo Gallidabino, Senior Lecturer in Forensic Science at Northumbria University, working with colleagues at King's College London and the Universities of Lausanne, Santiago de Compostela and Rome (La Sapienza), have revealed that machine learning – a field of artificial intelligence – could be used to determine which ammunition, and ultimately which firearm, was responsible for a particular gunshot from the residue it left behind, and have published their findings in the Royal Society of Chemistry's Analyst journal. Further developments of this new approach would provide new investigative leads which could help solve the unsolved crimes of the past, like Jill Dando in 1999 and the notorious Bloody Sunday killings of 1972. 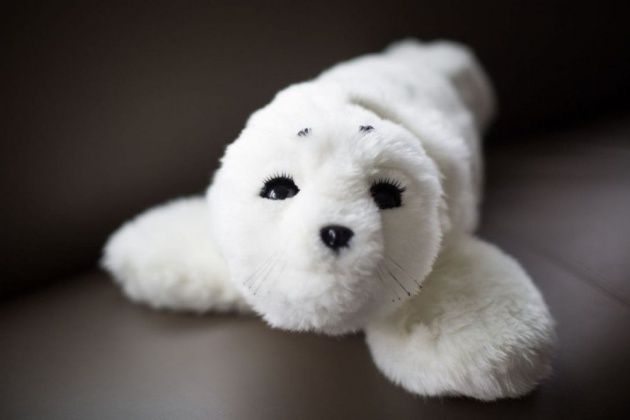 Image credit Paro via The Star

Artificial Intelligence has now also been used to create robots that can simulate a real pet.  PARO Therapeutic robot, developed by Japanese company AIST looks like a fluffy white seal, that is capable of learning and modifying its actions as per the users preference. These “AI pets” are now being used for pet therapy which has long been known to be beneficial for patients with dementia, autism and other neurological diseases.  They do not have the disadvantages of having real pets in a hospital environment, especially with regards to hygiene. These robots have been found to reduce patient and care-giver stress levels, improve interaction between patients and their care givers as well as between patients and improving patient relaxation and motivation. In fact the PARO robot was certified as the World’s most therapeutic robot and continues to help dementia patients in particular.

Role of AI In Medical Education and Hospital Administration

As the application of Artificial Intelligence reform the various fields of medicine, it is also crucial that doctors, who are the center of healthcare, are also well equipped in how to effectively use these applications so as to ensure maximum patient benefit. Medical educators are recognizing the need for students to transition from the current, largely memorization-based curriculum, to one where they are competent in the use of software applications, whether it is using decision support software based on reliable artificial intelligence or managing robots deployed in hospitals, patients’ homes, or dealing with chips within the human body.

It is an almost universal understanding that the slowest and least efficient part of any hospital is the medical records section or EMR. This is largely because it involves massive volumes of data, which translates to a lot of paper in most third world countries. Even in places that have moved onto computer based data systems, they are mostly entered and stored without too many useful ways to analysis the large pool of data. Here’s how AI can change this. The University College Hospital in London created an algorithm using records from 22,000 appointments for MRI scans, to identify which patients who took an appointment were most likely to miss them. The algorithm was able to correctly pick out about 90% of patients who would not turn up. This would in turn help hospitals cut waiting times for patients, and also save money – an estimated “2-3 pounds per appointment”, translating into a whole lot of money each year.

Please join me on this C -blog where we can discuss the following topics  What is AI, Ai In Healthcare, Advantages , Disadvantages and What consumers feel about AI in Healthcare. 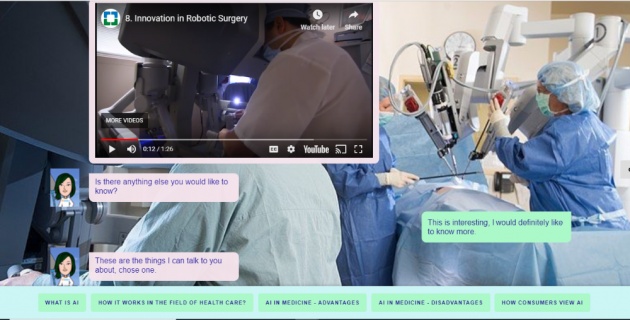 The rapid strides that AI has made this far in a conventional field like medicine shows that we are truly a generation looking for a higher level of competence and advancement in areas like healthcare that are the most crucial to all of humanity. It is imperative, however, to understand that despite the huge potential of AI, there are serious ethical and moral dilemmas involved in the use of these technologies which have to be clearly understood and relevant guidelines drafted to ensure that the most basic dictum of “Do no harm” is adhered to. We live in an exciting, optimistic and maybe even confusing time of potential discoveries and inventions which could change the field of health care. Therefore, it is not hard to believe  that in the next couple of decades, AI will irreversibly change the way healthcare is administered, but hopefully for the good of the patient, for all patients, everywhere.

You could learn more by interacting with Ms Hillary on Micky's blog by following the link.

Thank you for reading and interacting with me on this blog. I hope that information I have shared on AI has been helpful to you.

All images used in this blog has been duly credited, no copyright Infringement Intended.