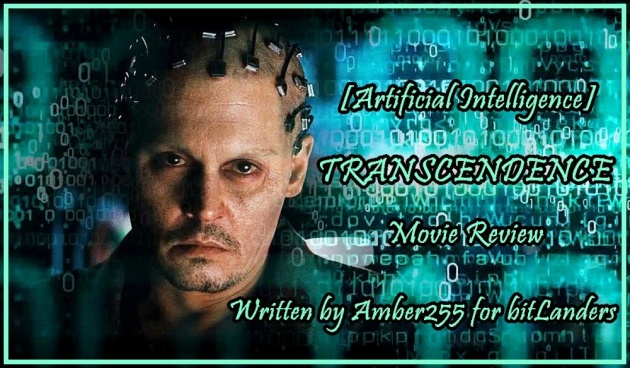 TRANSCENDENCE is a film not only about a different reality but also a rare degree of relationship between two people.

Wally Pfister, a very good cameraman, with the support of his patron Christopher Nolan, decided to try his hand at directing. And he followed in his footsteps, trace in the trace. Or maybe even Nolan, who is the executive producer here, led Pfister by the hand. In other words, the authors tried to make exclusively Nolan film, or to be more precise, the intellectual blockbuster, where the multi-million budget is supported by the author’s vision.

Alas, the student is still very far from the teacher. Although, there are more likely claims not to the director, but to the scriptwriter, also, by the way, the debutant, Jack Paglen. He wrote not the best script. And it's not even about artificial intelligence. Not at all. Of course, this topic has already been played a great many times in films, in books, and in games. But still, they return to it with enviable constancy. And sometimes very successfully.

Obviously, technology is moving and reshaping itself, radically, every day. We’re all capable of answering that question within ourselves. Would you do it for the person that you love? Would you be married to a hard drive, essentially? And because technology is moving so rapidly, things become obsolete very, very quickly. - Johnny Depp

In general, it is fertile ground for the imagination. Yes, Peglan’s everything came down to standard and cliched “AI is not a toy for you”, but the Achilles heel turned out to be poorly played heroes and desperation of what was happening.

What TRANSCENDENCE is all about?

That's the theme of the film: if you look at the root, and bring an expression in a mathematical sense - that is more valuable to humanity (in the majority) - knowledge or illusions.

The popularity of such pseudo-intellectual films is gaining momentum; everyone considers it his duty to make a science fiction film, but only some succeed. The plot is straightforward; the topic of artificial intelligence has been touched on for a very long time.

People have forgotten how to think. People are spoiled by computer graphics and simple stories. I am not at all surprised by the rather low rating of the film; it surprises me that the film somehow paid off. The modern viewer, who grew up on transformers and similar films, is not able to understand the film, its meaning, the message that was put in - during the film you need to strain the brain a little.

The director and scriptwriter wanted to show that a man will never be able to change voluntarily; he will soon die or allow everyone to die, or will return to the Stone Age, but will not change!

Please note that the machine was quite humane for several years - it created, built, healed people, developed new technologies, although it could easily start wars, release nuclear arsenals in the air and destroy the planet; could collapse the financial system, could instead of peaceful technologies, create weapons of mass destruction, superstrong poisons.

Once again I am convinced that people are afraid not only of what they do not understand. They are afraid, they cannot bear at all those who surpass them at least in something: in strength, in intelligence, financially.

I really liked Will’s tactics in response to the beginning of the open struggle of people with him - EXCEED them. After this film, you can’t help but think that a person can change only in two cases, either when he is deceived (which is probably why a lie always accompanies a person through life) or when he is forced by force.

The filmmakers are trying in every possible way to make the audience share the ethical problem with them: is it possible to create something that will be so omnipotent that it will surpass the creator himself and, in general, humanity?  Will the digitalized mind capture power, will it turn people into slaves, etc.

Hundreds of paintings, directors, screenwriters have tried to tell us everything and show how many times they have already shown us different options for creating a thinking machine, but I’ll say that this film touched me.

Yes, how without graphics and other things? It seems to me that it all played perfectly: all of these codes, nanites, super-duper-hi-tech technologies are really well made here so that our eyes are not bothered with their fabulousness, but just - so futuristic in moderation.

Despite all these high-tech tricks and turns, I did not have a feeling of misunderstanding - if you think about it, then all the fiction presented on the screen can be explained to yourself without even understanding this. This is a plus.

TRANSCENDENCE: People Are Afraid Of What They Don’t Understand -  Photo credit: querlo

A huge plus for the fact that for two hours the plot retained interest and tension, and also dragged along to this new world, which was built by an electronic version of Johnny Depp.

It may well be that this film is far from a masterpiece, somewhere they didn’t reveal something, in particular, the role of Morgan Freeman could really be revealed more widely, otherwise why invite him at all. As for the cast in general, only Depp stands out - on his face are the most truthful grimaces.

It seems to me that in this film the line about artificial intelligence was very well twisted, now it’s not an easy-going program, but a computerized person. In my memory, for the first time, I thought about what would happen if AI appeared real, how good it would be, how bad it would be, how one should act with a program with the capabilities of almost God.

Such thoughts I did not even have after the Terminator. Somehow this film is aimed deeper. And even the touching ending concerning eternal love looks somehow different, somehow in a new way.

Check my newest Querlo chat and find more info about the film TRANSCENDENCE and what I share about these topics:

a) Will Caster    b) Evelyn Caster

You can enter our chat here: TRANSCENDENCE: People Are Afraid Of What They Don’t Understand  (link opens chat in a full-screen mode):

Imagine what a man from the Middle Ages would think if he got into a modern hospital? He would be scared. Тhey would be horrified, really. What would happen if he saw people with mechanical prostheses, an exoskeleton that allows you to carry tens, or even hundreds of kilograms, operations that allow people to find what nature has deprived them of?

Most people, unfortunately, are incredibly limited in their perception of the world. For them, everything that is new and incomprehensible is evil. Without even trying to understand what this really is. Having seen incredible greatness, they undoubtedly feel frightened that they can be suppressed, humiliated, surpassed.

Could anyone notice why this AI was actually created? Enslave humanity? Destroy the planet? Who told you that? Oh yes, the trailer. Here it is - that same mistake of perception. We went to the film, waiting for the grand battle of humanity and the machine. And they got something melancholy-deep and not at all mercantile.

Artificial intelligence, whether in the body or iron machine, has existed in the cinema for more than a dozen years. However, if the first attempts to look at the phenomenon were mixed with instinctive fear and rejection, then in recent years electronic entities, it has been equated with the human consciousness, or even surpass it. 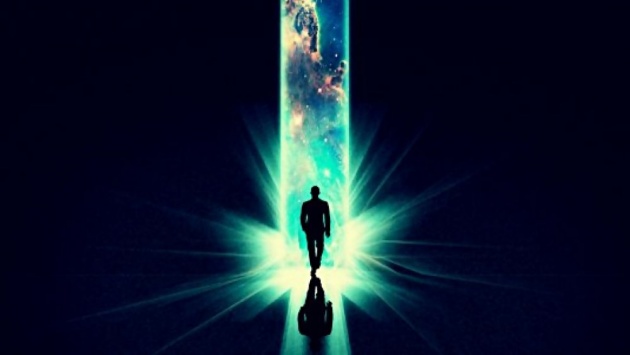 TRANSCENDENCE: People Are Afraid Of What They Don’t Understand - Photo credit: gaia

Each person strives to develop, improve and discover new paths and horizons! And it's great if he does it!

This is a good, emotionally and intellectually-filled film. It reveals the problems of faith, scientific and technological progress, fidelity and trust, terrorism and altruism, but most of all - the problem of humanity. Humanity is the main theme of this film.