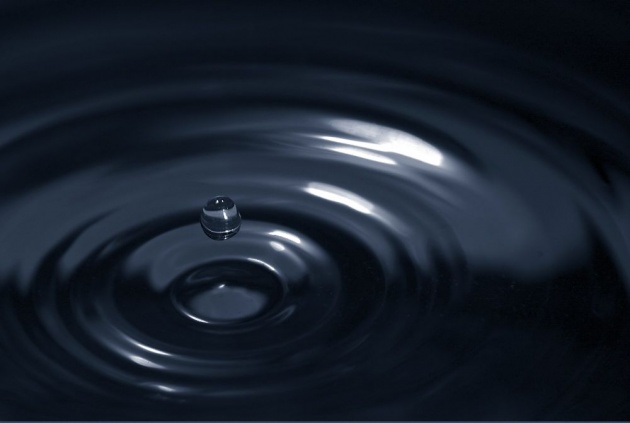 Little Maddie took her first unassisted steps this week. Your editor was quietly observing from the glider as she crawled around the back deck, carefully inspecting each nook and cranny in the wood. Suddenly, without warning, her little head popped up and she looked directly at me. There was a strange twinkle in her eyes that I had not seen before. It was almost as though she had just experienced a moment of infinite intelligence, but before I could reckon on it she stood up completely unassisted for the first time and took two steps before easing to her knees. She popped right back up and took three more steps before easing back down to her knees again. Then she looked up at me and laughed hysterically.

I had never before experienced the feeling of unbridled joy that overcame me in that moment.

Later, with Madison calmly napping, I had time to internalize the moment and bask in the joy. As I watched my little angel sleeping peacefully, a strange thought came to me.

If you are going to have highs, know you will also have lows. There are no ordinary moments.

I decided then to cherish every single moment with my little girl. Even when she wants me to read Brown Bear, Brown Bear, What Do You See to her for the thirteenth time. Even when she is screaming at me from the car seat because she is tired of being couped up. I will cherish it all.

Though I vow to cherish each moment of little Madison’s childhood, I am filled with hope and optimism for her future. I marvel at the opportunities that lay in front of her, and the rest of her generation. Generation Next is the first generation in centuries to arrive on this planet precisely as technological advancement is coalescing with a rising Awareness of human potential.

Our world has been dominated by authoritarian medieval institutions for centuries now, and the general paradigm has been one of institutional collectivism. This paradigm has demanded that individuals subvert their own interests to the interests of the collective as represented by the institutions. This paradigm is focused on suppressing human achievement and limiting human experience. The compulsory school system that exists in most of the developed world has been the primary engine powering this collectivist paradigm. The school systems instill collectivist values into children at an impressionable age, and many are unable to shed their social conditioning in adulthood.

Technology has advanced to the point where most of these institutions are now obsolete. With instantaneous communication capacity and access to unlimited pools of knowledge with a simple click of a button, a future of unrivaled Liberty and prosperity is in the making. Given modern technology, the free market has the ability to easily transcend any and all petty institutional restrictions and road blocks.

Despite this being the case, many people are still locked into the collectivist way of thinking. I tried to demonstrate this in my critique of the first GOP debate. I attempted to watch the second GOP debate as well, but it was especially riddled with childish bickering and mindless proclamations which I could not stomach for long.

Though still significant, support for this political theatre is diminishing rapidly. Most of the young professionals I interact with see politics as a sideshow. They know the candidates have no principles and are just saying whatever they think the masses want to hear. Many also see the government and its favored institutions as immensely corrupt. Some even think the elections are fraudulent. All of them understand that government is inept and their prosperity is dependent upon their own actions.

The paradigm is shifting.

I don’t know the answer to these questions, but I hope I live long enough to find out.

I have no doubt the world is moving in this direction, though you wouldn’t know it if you get your world view from the television. Governments, institutions, media, and the masses are all reactionary. They are creatures of the herd, and the herd does not stop or change directions quickly. As such, you won’t notice the Awareness rising on the news or in the schools, universities, corporate cubicles, or town hall meetings. People are generally scared of going against the herd so they are not apt to voice their private thoughts in “official” settings. But individuals are starting to become disillusioned with the status-quo.

I stopped by my favorite Italian restaurant last week to pick up a pizza. It is a small family-owned business that has been making pizza the same way since the 70’s. They use real, high-quality ingredients and the difference is amazing – most other pizzas taste like cardboard to me. The owner met me at the register and struck up a conversation about business. He told me he had been dabbling with gold coins – buying at a discount locally through various channels and selling at a slight premium online. I expressed my belief that the price of gold would skyrocket over the coming years. He agreed and said ”I only deal with the physical. I don’t want paper. Paper means nothing if the country disappears.” Though I wasn’t surprised, I didn’t expect to hear sensible economic concerns coming from a family-owned restaurant in small-town USA.

Yes, these views are only held by a minority of the population, but they are the thinking minority who are willing to act upon their beliefs. These views will not be expressed in the nightly news or in the presidential debates because they still lie with the minority, but do not assume they are irrelevant because of this. As Samuel Adams once expressed: the irate, tireless minority absolutely has the power to change the world. Indeed, they are the only ones who ever have.

The beauty of this rising Awareness is its holographic nature; it is not uniform. The problems are seen by the thinking minority from different perspectives, thus the solutions are varied. Not all solutions are applicable to all people at all times, thus there is no central blue-print to follow. The common denominator is that these solutions are individualist in nature; they do not require collective mobilization. Here are some examples:

Sure, government could implement regulations intended to hamper these trends, and it likely will. But government is always reactionary and will only act once a particular trend has become large enough to be seen as a challenge to the status-quo. By then it’s too late, and any attack would only hasten the rise in Awareness and the obsolescence of the status-quo. The free market based on voluntary interaction always prevails in the end because it is more aligned with individual interests. Liberty cannot be legislated away, no matter how many laws they pass or crony programs they implement.

This is why I am so optimistic for little Maddie’s future. Though I am bearish on the next decade or two, I am convinced the future is bright. Technology is advancing and Awareness is rising. I suspect Generation Next will be free to live and prosper in ways we couldn’t conceive today.