Betting on the News 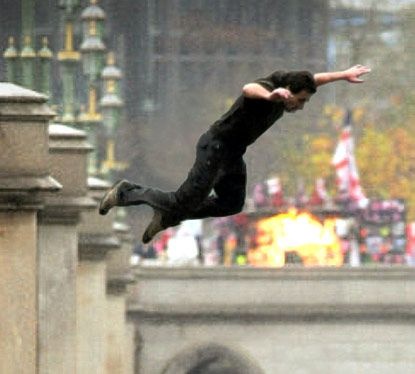 Two guys were in a bar, and they were both watching the television when the news came on. It showed a guy on a bridge who was about to jump, obviously suicidal.

Then, the guy on the television closed his eyes and threw himself off the bridge. The second guy hands the first guy the money.

"I can't take your money," said the first guy. "I cheated you. The same story was on the five o'clock news."

"No, no. Take it," said the second guy. "I saw the five o'clock news too. I just didn't think the guy was dumb enough to jump again!"