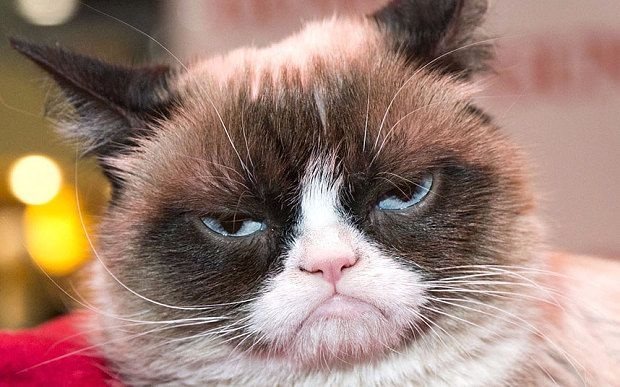 Grumpy Cat became a sensation on the Internet since his picture was posted on Reddit on 22 September 2012. Many thought that the photo was retouched with Photoshop, so their owners published some videos on YouTube. Both the images of the cat and your videos immediately became viral, are generated every day thousands of funny memes, and Grumpy Cat even has its own site on the web.

Who is grumpy cat?

Its name is not "Grumpy Cat", this alias is due to his face to be always angry, grumpy cat in Spanish means "grumpy Jack". It's not even a male cat, is a cat and his name is Tard, a diminutive of "Take Sauce" which in English means tartar sauce. 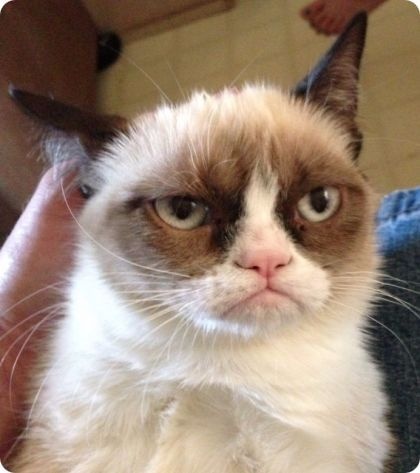 Their owners sure are exactly to that race belongs, as they explain on their web site, is not mixed, but it seems to have a little Ragdoll. The expression of her face is due to a genetic problem that also can be seen in his little brother. Both have a flat face, round eyes like bubbles, and a short tail. It is completely good health, is something that also take care to clarify on the official website.

Tard lives in Arizona, United States along with her mother Callie, her brother Pokey and his human family.

But on the contrary to what you think all the kitten Tard is rather affectionate and mimosa, although sometimes is a little grumpy since it has not is a cat coordinated their movements like any other cat, and this upset it many times. 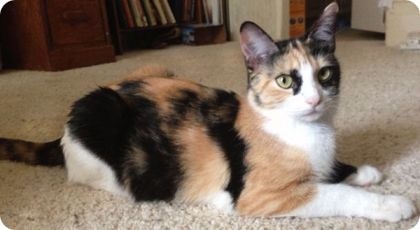 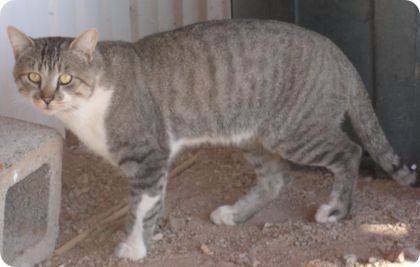 The father of Grumpy Cat 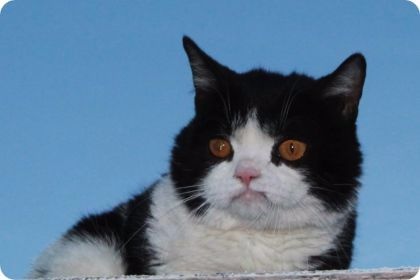 The brother of Grumpy Cat: His name is Pokey 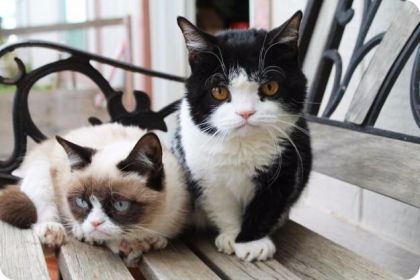 Tard and his brother Pokey

Slub Tard also is very young, was born on 4 April 2012 and at his young age is a celebrity not only in Internet but also in television, because his image has appeared on several television shows, such as Foxm, and also appeared on "The Today Show", one of the most famous U.S. programs of this country that also featured the visit in "person" of the own Grumpy Cat. 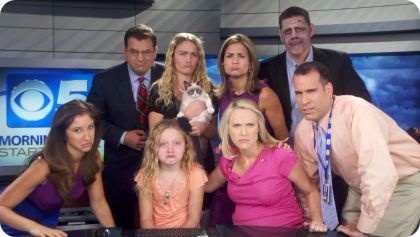 About their tastes in food, Grumpy Cat loves tuna and Starbucks coffee cake. 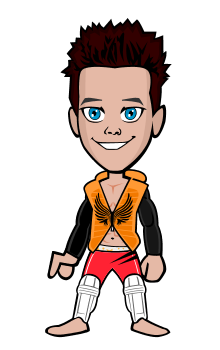