Biography of our great leader

The man of determination Quaid e Azam Muhammad Ali Jinnah is the founder of our country (Pakistan). He was the man, who alone fought against the great leaders of Hindus and congress of his time, for his mission and struggled day and night, to fulfill his mission that was to get independent country for Muslims in which they can lead their lives according to the principles of Islam. As, a result of this an independent Muslim democratic Pakistan came into being in which, we as a Muslims and non Muslims also with equal rights are leading their lives with freedom, according to our religion and culture. So every Pakistani should pay tribute to him for this gift of Pakistan. 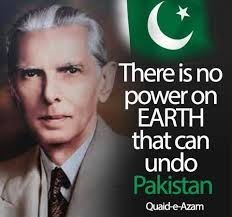 I would like to share some aspects of his biography. He was grandson of Poonja who lived in village named Panily of India, he had a business of leather making. His father name was Jinnah Poonja, an active and courageous person. His father had a great business in Gondal city and earned great profit, he had married in 1874 A.D with a girl muthi bai of his own family named Khuja Ismaili. 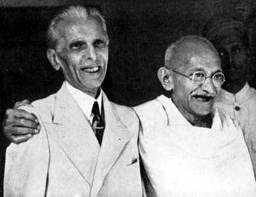 Jinnah Poonja migrated towards Karachi before the birth of Quaid e Azam. According to history Muhammad Ali Jinnah was  born in 25th December 1876 A.D.  Quaid e Azam was their elder son. When he born he was very weak child. He was a lean child having longer hands and oval face. His parents were worried about this but doctor satisfied them by saying that it was only weakness not a defect. He was apple of the eye of his mother. Muhammad Ali Jinnah had three sisters and three brothers. He was very brilliant child. At the age of six there was managed Guajarati education for him but he didn’t like it due to his extraordinary intelligence. 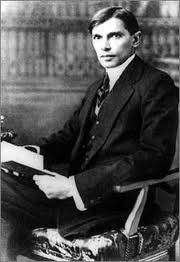 At the age of nine, he was admitted in primary school, but it also didn’t leave good effect upon his behavior, so he changed many schools. He also changed his names during school education. But according to last record, his name is MUHAMMED ALI JINNAH .He was very fond of horse riding, to which he used to fulfill with his friend Qasim and Karim. He loved all the things that don’t bend ever. So he liked horses because of his opinion that horses keep their heads up always. 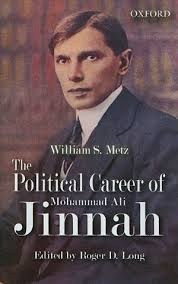 For higher studies he was sent to England but his mother agreed to send him foreign on this condition that he should  get married before going to England. So he was married with a girl of his family Aimme Bai, then he went to England. There he stayed in house of rent that was located in the building of dussel road London. After his death, London county council attached a board on the door of his room on which it was written, “the founder of Pakistan Quaid e Azam Muhammad Ali Jinnah (1876_1948) stayed in 1895 in this house”. He had great love for Holy Prophet Muhammad (PBUH).  He got admission in linkinzin because he saw the name of Holy Prophet Muhammad (PBUH) written on the door of this institute. It did not much time passed in London when his wife died. During his studies, shocking news for him was the death of his mother. He had faced great difficult times in his life with a great courage. 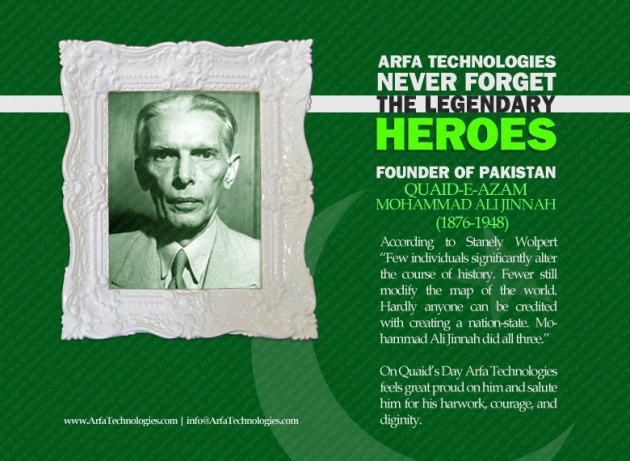 He was the first Hindustani student who completed the education of barrister at the age of 18. He returned from England in 1896. He started practice in Karachi but after some time he left it, then he joined Indian national congress. He became the leader of Indian national congress. In 1909, he was appointed as member of imperial lechesleto council. He recognized the cleverness of Hindus leaders of congress, who were biased towards Hindus nation and wanted Hindus Raj in India. He joined Muslim league in 1913 AD. In this way, he became the member of both leagues at the same time. In 1920 he left congress and after some time he became the president of Muslim league for life time. Through the platform of the Muslim league, he presented his important fourteen points in 1929, which gave the base for the creation of Pakistan. He worked day and night to get the separate country for the Muslims. His motto was work, work and work. He also addressed others to work hard to achieve this mission. 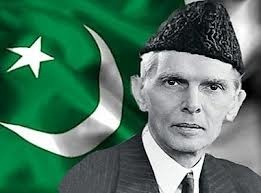 At last he succeeded in achieving Pakistan for Muslims on 14th august 1947. After Pakistan came into being, he started working much hard than before. Due to this hard working, he fell ill. But he still did not stop working. Even on the death bed, he was surrounded by large number of files. He was very great leader. In his last days, he was struggling for the development of Pakistan. He did not care for his health. That is why he left the world when nation needed him more. After only the year passed Pakistan came into existence, our great leader Quaid e Azam died on 11th September. The whole nation was shedding tears for this great leader.